The BMW X3 range is now the most diversified in the entire model line-up of the Bavarian brand. With the introduction of the BMW iX3, the popular SUV is now available with a variety of powertrain choices. From petrol to diesel, electric and plug-in hybrid versions, you can have it all. One of the better choices out there is, without a doubt, the BMW X3 xDrive30e, which is a good mix between two worlds.

Naturally, the BMW iX3 is appealing as well, with a very decent range and the same usability as a regular X3. But if you’re looking for more driving range, this is where the xDrive30e model steps in. The plug-in hybrid model comes with an internal combustion engine under the hood that can keep you going just like a regular car would, by just pulling into a gas station and refueling in a matter of minutes. 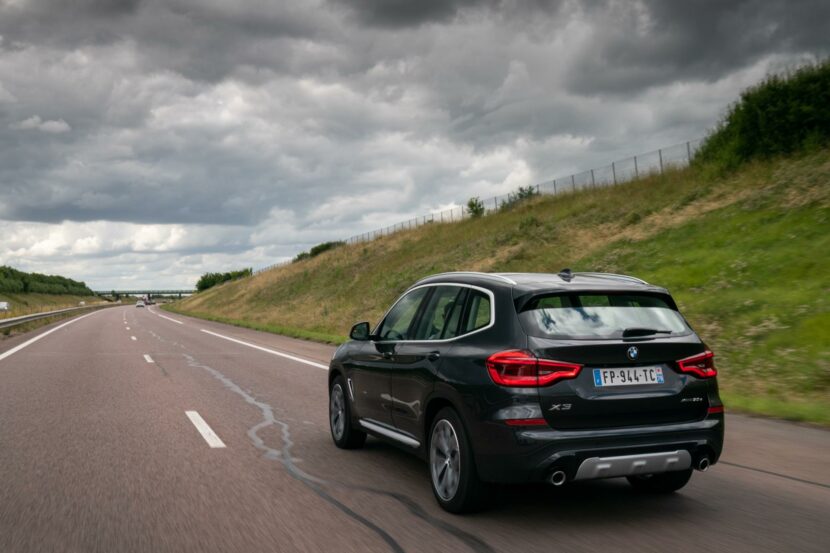 Furthermore, if you’re careful and have a place to charge it, you’ll be able to do most of your everyday driving and chores on electricity alone, as the PHEV can also be used in EV mode. According to MotorWeek, the combination of the electric power and internal combustion engine is also making the X3 xDrive30e a very nice car to drive, with the electric boost helping out in various situations.

On their test track, the X3 xDrive30e showed good numbers for most drivers. 0-60 mph was done with in 6.4 seconds, with a 14.9-second dash over the 1/4 mile at 91 mph. The braking performance was rather good too, especially if you consider the fact that the PHEV model has to carry some extra weight.

The brakes apparently showed no fade and the pedal had a nice, familiar feel. Overall, it would be safe to say that the hybrid X3 impressed the people from MotorWeek but you can make up your mind by watching the video yourself.