The soft launch of the BMW i4 only partially delivered. While the exterior design was hardly an unknown for everyone, the interior was certainly the mysterious one. The BMW Concept i4 previewed a stunning cabin in 2019, but as with most concept cars, the production model brings a toned down version. The full BMW i4 is not far out, so soon we will be able to see the electric sedan in all its glory. But for now, a BMW marketing image reveals a curved display inside the i4.

The detail, which has not yet been officially confirmed, can be seen in this photo, which shows the back and therefore also the mounting angle of the new display from a bird’s eye view. Now whether the beautiful curved display is standard in the i4 or in the 4 Series Gran Coupe remains to be seen. It’s also likely that BMW will choose to include it standard in some of the high-end i4 models, like the M50. 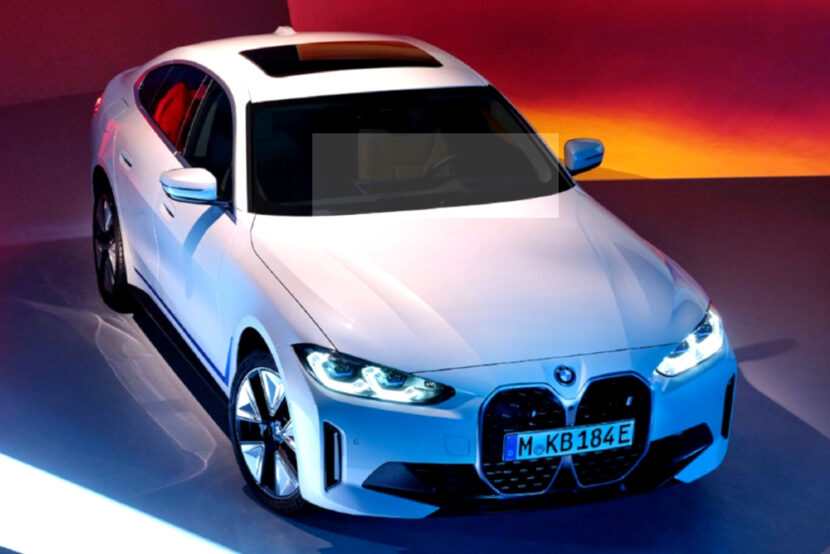 It’s also fair to assume that the new BMW iDrive 8 infotainment system will be used on the large curved display of the BMW i4. The eighth generation is expected to bring significant progress, especially in the area of ​​interaction with the driver, and build a real relationship between driver and vehicle over time. For this purpose, iDrive 8 continuously analyzes the driver’s behavior, searches for patterns and sooner or later can predict with a high degree of probability what the driver will want next.

Speaking of touchscreens, though, the BMW iX features the largest screen ever fitted to the cabin of a BMW, and it features the richest, crispest graphics to date, too. The massive 14.9-inch, 200 ppi, ultra-high resolution widescreen features bright, colorful graphics that are easy to recognize, and the main screen is comprised of massive, vibrant tiles that are clearer and easier to understand than before.

The screen itself is curved toward the driver, to evoke the canted dashboards from BMWs of old. Not only is it curved toward the driver for easier touchscreen ergonomics but it’s also merged with the 12.3-inch instrument panel, for a more harmonious look. Behind the instrument panel, an all-new head-up display sits flush with the dashboard, making it almost completely hidden from view. The graphics it displays on the windshield, just ahead of the driver, are vastly improved, much clearer, and more intuitive.

You can learn more about iDrive 8 and the new curved display here, and in the meantime, stay tuned for more news on the BMW i4.