The BMW E30 generation 3 Series models are experiencing a never-before seen wave of popularity these days. Prices for such models are the first to reflect just how much people want them as they clearly show just what kind of figures they are willing to pay for one. Therefore, prices for E30 M3 models have gone through the roof but that’s not the only worthwhile model, as some might even argue that getting a six-cylinder engine is an even better choice.

As you might be aware, the first ever M3 came fitted with a rather small, four-cylinder engine under the hood, not a straight-six, the typical house specialty. The E30 M3’s four-cylinder “S14” engine is a more than decent engine but it does lack the power and smoothness of BMW’s bigger inline-six engines. Like it or not, it’s hard to deny that a straight six is smoother than an inline-four. Therefore, the 325i could be the car for you, if you’re looking for an E30. Maybe a convertible, too? 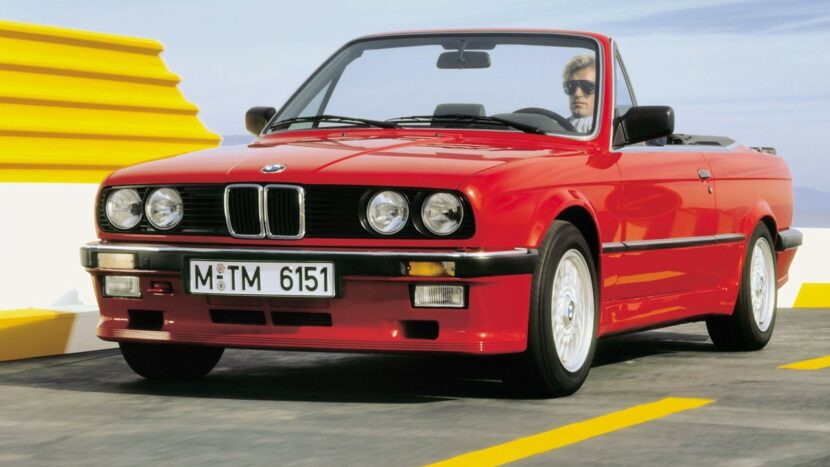 That’s what the guys from Bring-a-Trailer have listed on the website right now, a special 1991 325i Convertible with just 40,000 miles on the clock. The car looks very good in the photos posted on the website and seems to be in pristine shape. Wearing Brilliant Red, it’s definitely going to be an eye-catcher and you can easily imagine just how cool you would’ve looked behind its wheel back in the early 1990s, cruising around with the top down.

According to the description, the car was fitted with an automatic transmission originally but was converted to a manual and that’s definitely how it should’ve been in the first place. The interior is also in top shape while the engine is said to have been serviced in July 2018. At 40,000 miles, you can rest assured it will keep going for a long time from now on. As for the price, at the time of writing, the auction had reached $28,000.