Just a couple of days ago, we saw some spy photos of the upcoming BMW 8 Series Gran Coupe LCI doing some testing. Now it’s time for the 8 Series Coupe LCI to get the same treatment and, unsurprisingly, there really aren’t any differences between the two. However, it’s always good to see new spy photos up upcoming cars. (We don’t own the spy photos but they can be seen here)

In these new photos, the BMW 8 Series Coupe is seen with camouflage on its snout and rump. That’s not in the least surprising, as we know that the 8er isn’t going to get drastic changes but only some to its face and butt. Though, even through the camo, we can tell that whatever changes it does get are going to be subtle, as the front end of this 8 Series looks nearly identical to the current car’s.

For instance, its kidney grilles look to be the same as the current pre-LCI 8 Series, as do its headlights. It might get some new lower front air intakes but we doubt they’ll be markedly different than they are today. Which is a bit of a shame because the relatively boring nose of the current 8er is its only visual downside, as it’s otherwise a stunning looking machine. 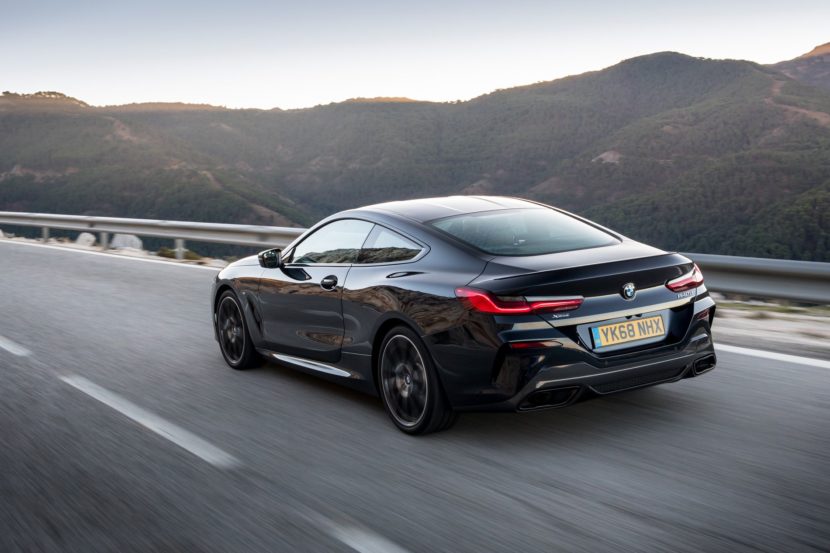 It’s not surprising that BMW is going extra subtle with the 8 Series LCI. Since its release, the 8 Series has been a poorly received cars by customers. Most members of the media seem to like the 8er but it’s just not selling. Too many 8 Series’ are stockpiling on dealer lots, as most customers in its price bracket would prefer to spend their money on Porsche 911s. Hard to blame them, really. I’d do the same.

So we understand BMW not wanting to invest more money than it has to into a car that simply isn’t selling well enough. It’s not likely that the 8 Series gets a third generation, so why dump more money into its mid-cycle facelift? It’s a sad truth because the 8er is a good car with great looks. It’s just too expensive and not special enough to drive for customers to want to spend their money on it.