All that weight also plays a part in the way the car handles. Switch it to Sport mode and it comes alive. Literally. The biggest change you feel, apart from the sharper pedal response, is the sound, as Sport mode has a different tune to it, signed by the same brilliant Hans Zimmer, that makes you feel like you’re driving a space ship.

Due to all that extra heft, the car’s center of gravity is lower than in an X3 but that still can’t make up for the extra work the suspension has to put in when you push the car hard. There’s a sense of understeer at times and you actually feel the underfloor pushing you towards the exterior of a corner when you push this car hard. Using your right foot can help, as the iX3 sends its power to the rear wheels alone, and you can oversteer, but the mechanical grip on the front axle is rather limited overall.

Speaking of weight, you should also know that due to its electric conversion, the iX3 lost the perfect weight distribution you’ll find in an X3. As such, BMW says 57 percent of the weight is distributed over the rear end of the car, while only 43 percent hangs over the front axle, explaining why the nose of the car feels so light. That’s because the electric motor, power electronics and transmission are arranged in a central housing for the first time. It’s a compact, single unit that’s meant to make the production process a lot more streamlined, an innovation coming in from the BMW i engineers. 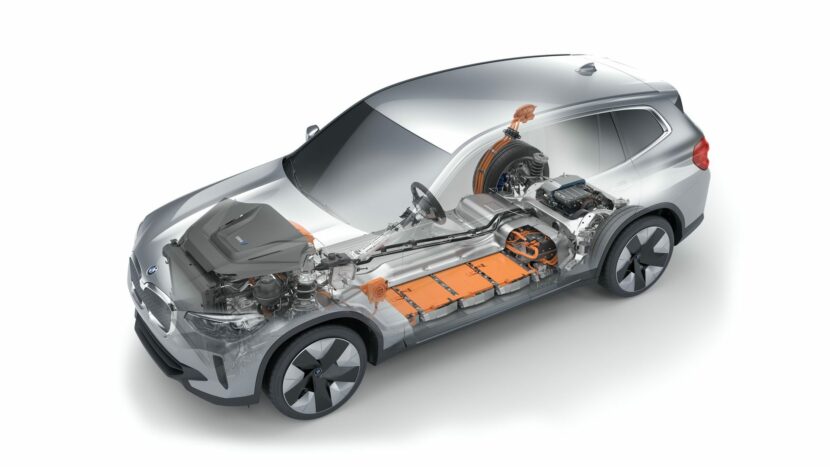 As for the motor, it delivers up to 286 HP and 400 Nm (295 lb-ft) of torque and uses no rare earths. The pedal response is impeccable, as you’d expect and the car feels lively when setting off. It’s definitely not back-breaking as you’d find the experience in other electric cars, but it’s no slouch either, reaching 100 km/h from standstill in 6.8 seconds, despite being rear-wheel drive only. You’ll be able to press on to a top speed of 180 km/h, but that will come with a range penalty.

Speaking of which, that is the biggest issue people have when it comes to electric cars: they don’t trust the official ratings. Understandably so too, since real-life results often differ by quite a lot. Well, during my time with the car I had the chance to test things out properly and the numbers are encouraging. 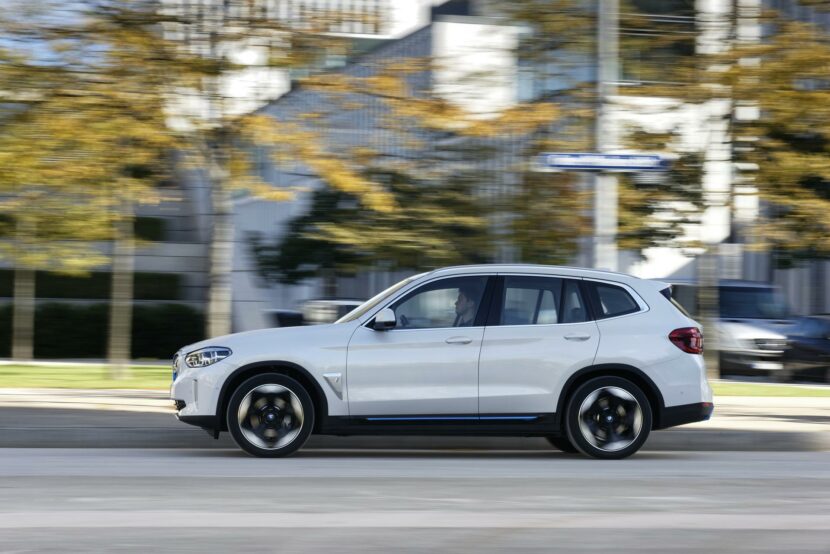 Around town, the average energy consumption was 22 kWh/100 km. That means you could get a range of up to 336 kilometers with a full charge which is not bad for an electric SUV of this size. The average speed recorded during my range test around town was 22 km/h.

Outside the city limits, the numbers will vary depending on the speed, of course. At an average speed of 75 km/h I saw an average energy consumption of 19 kWh/100 km which would translate into a range of roughly 390 kilometers. On the highway, doing the speed limit of 130 km/h here in Europe, the numbers went up to 24 kWh/100 km, adding up to a range of about 300 kilometers. And there are a couple of mentions I have to make here.

First of all, the outside temperatures during these tests didn’t go over 10 degrees Celsius. It was rather cold and the X3 was equipped with winter tires, chipping away at this car’s efficiency. I also didn’t spare any kind of comfort, keeping the AC at 22 degrees Celsius and driving the car in Comfort mode most of the time. That’s because I wanted to see how the iX3 handles itself when you drive it like you would a regular X3 and I have to say I wasn’t disappointed. 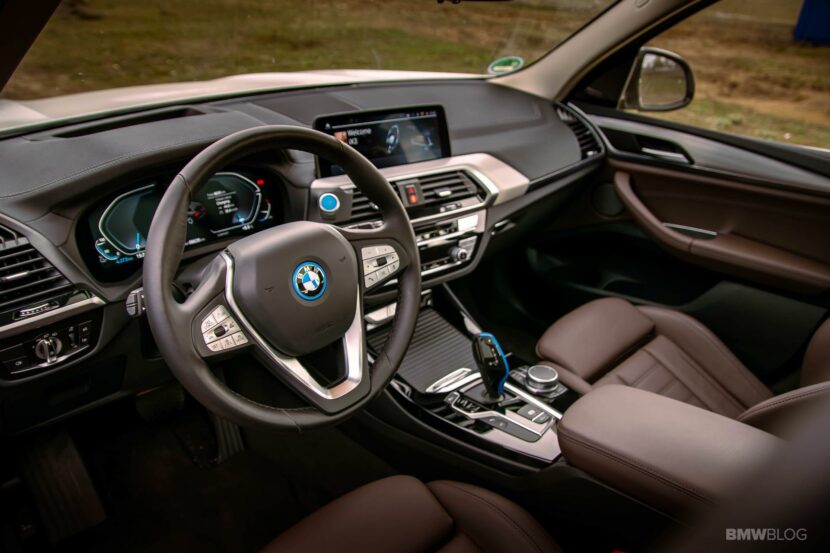 Full Charge In Less Than 2 Hours

Furthermore, charging the car is rather fast. Sure, if you use a home wall socket, it can take up to 24 hours but, you can also use fast chargers for the iX3 and that’s exactly what I did. Using a 50-kW CCS charger, you can replenish your car in about 2 hours or, if you recharge it like I did, hooking it up at 40%, you can get up to 80% SOC in about 30-40 minutes. You can also use a 150-kW charger and that would get you up to 80 percent charge in just over 30 minutes, from 5%.

Therefore, I don’t think range is necessarily the issue with electric cars, but rather the charging time. You could make due with a car that has 100 kilometers of range, as long as you knew you can always pull over and recharge it in 5 minutes.

Cheaper Than The Competition