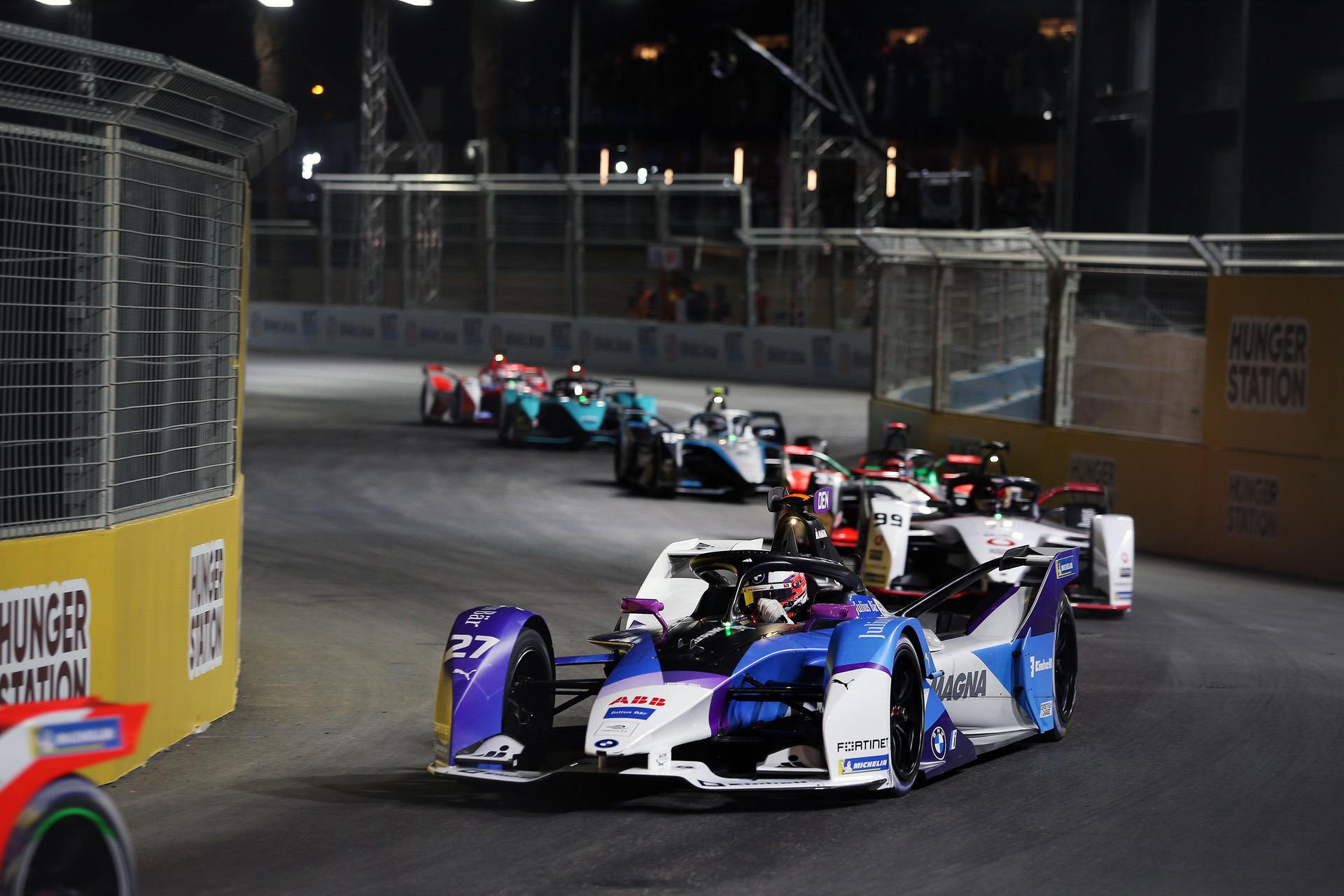 The second race of the 2021 ABB FIA Formula E World Championship didn’t bring much luck to the BMW i Andretti Motorsport team. Accidents during Saturday’s race in the Diriyah E-Prix (KSA) led to early retirements for Maximilian Günther (GER) and Jake Dennis (GBR). The next race is scheduled to take place in Rome (ITA) on 10th April.

Günther, who also saw his Friday race come to a premature end after an accident, collided with Tom Blomqvist (GBR, NIO) around ten minutes before the end battling for a top ten finish, bringing the BMW i8 Roadster Safety Car onto the track. The race was brought to an early conclusion shortly afterwards. A few minutes earlier, Dennis was not at fault as he was pushed into the wall and then forced to park his damaged BMW iFE.21. Victory went to Sam Bird (GBR, Jaguar).

“Two days in a row we didn’t get the results we wanted. Yesterday was frustrating, Today, even more so, as both drivers had the chance to score points and ended up with DNFs. The day started with a challenge as we had to fit the battery back into Maximilian’s car after yesterday’s crash but all the mechanics did a great job.

Despite a very late delivery of the battery, we only lost a few minutes of time in free practice. In qualifying we didn’t make the most of our opportunities. We felt the race would come to us in the final stages looking at energy management but in the end it wasn’t meant to be. We now try to put the Diriyah races behind us and move on to Europe.”