The current G06 X6 has been introduced on the market in late 2019 and BMW is already gearing up the development of the LCI model, expected for launch in Spring 2023. While the former F15/F16 series of the X5/X6 duo have not received a facelift generation, the G05/G06 models are due for mid-cycle refreshment. After having spotted what looked to be a prototype of the future X5 LCI (or forthcoming BMW X5 FCEV), spy photographers have now caught on camera a lightly camouflaged X6 facelift test vehicle. As we don’t own the photos, you can see them here.

The reasoning behind this rather early makeover is to align all models in portfolio to the new technology paradigm that’s dictated by the new iX and upcoming i4 electric Gran Coupe. Whereas on the outside just mild revisions are planned, the big revolution will take place inside the LCI X6.

The large-sized Sports Activity Coupe is due to receive an all-new dashboard, with the current instrument cluster and central control display set to be replaced by one huge, curved digital slab incorporating two screens, similar to the ones on the iX and future i4 (previewed on the concept car). Of course, as expected, there will be no cowling over the new digital screens.

Furthermore, the new X6 facelift will likely also lose its current stylish electronic gear shifter in favor of the minimalistic selector seen on the I20, that will also spawn across other future models of the family such as G09 X8, G26 i4, upcoming G05 X5 LCI, G70/71 7 Series, U06 2 Series and U11 X1. 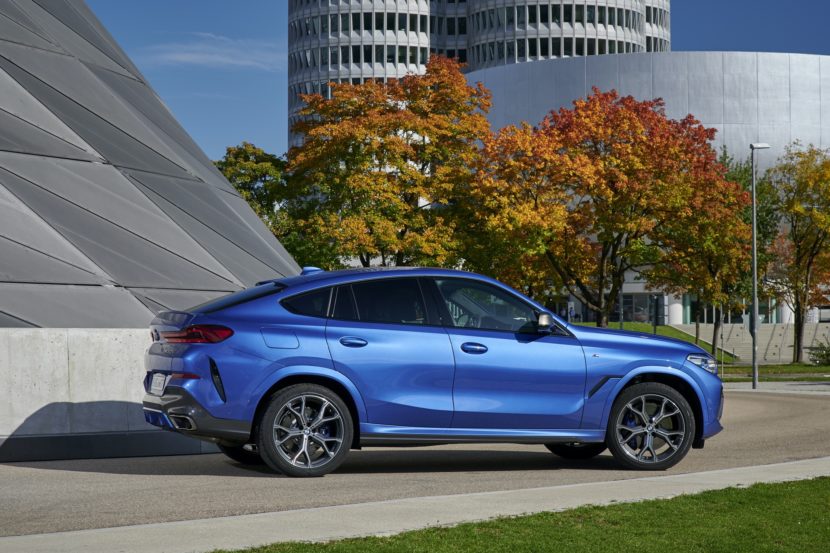 The LCI X6 will also feature BMW’s brand new Operating System infotainment system previewed on the iX and yes, the iconic iDrive knob is here to stay as part of the new, integrated operating concept. In terms of engine lineup, we don’t expect many changes, maybe just some efficiency tweaks and the 48-volt mild hybrid technology on most of the powerplants offered.