It’s been a minute since we last spoke about a BMW M4 GTS on BMWBLOG. When it was first launched, there was quite the media buzz around it, thanks to its wicked good looks, wild exhaust and intriguing water-injection system. However, the buzz soon died down, as fans started to realize that it might not have been worth the money. Now, though, as BMW has changed quite a bit since the days of the M4 GTS, it’s starting to look better and better.

I mean that both in a literal and figurative sense. Literally, the BMW M4 GTS is looking better as it gets older. Modern BMW styling has strayed so far from its roots that a car like the M4 GTS looks downright classic. Its killer orange 666 M wheels, massive fixed wing, OLED taillights and killer stance give it a real menace that M cars just don’t have anymore (outside of the M2 CS). Its raw carbon door panels and orange roll cage in the back seat also remind you of how special it is while you’re in it. 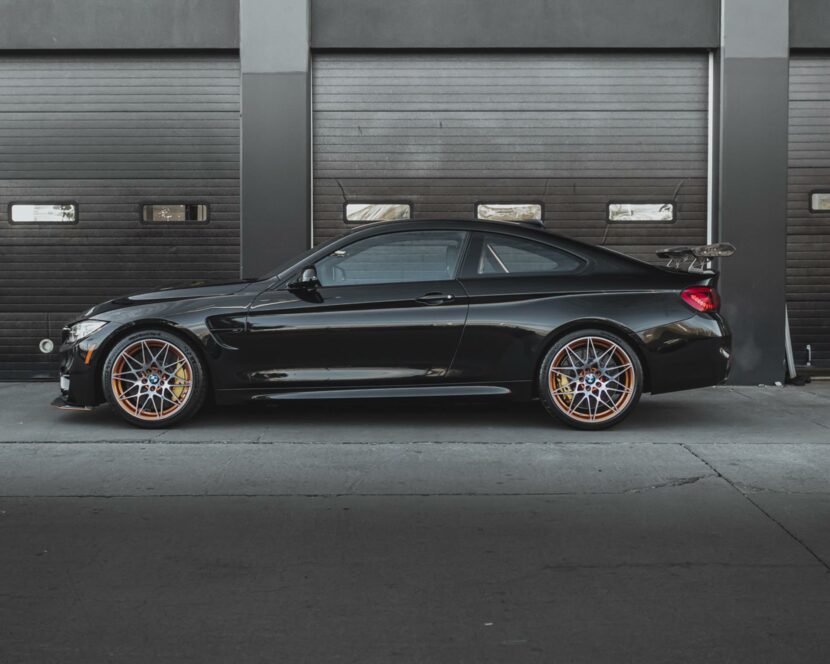 This specific car currently being sold by Hendrick BMW of Charlotte is one that enthusiasts of the Bavarian brand might want to look into. At the moment, it only has around 2,000 miles on the odometer, so it’s barely been broken in, and its asking price is $134,200. That might seem like a lot, and it is, but it’s also just about what the M4 GTS costed back when it was new in 2016. So it’s held its value well over the past five years. It hasn’t appreciated any but it also hasn’t really lost any money other. So most owners could have bought the M4 GTS when new, drove it for five years, and sold it without losing much, if anything, at all.

It’s a stunning example, with its Black Sapphire paint, black leather and Alcantara interior orange accents and carbon fiber aero. The BMW M4 GTS was never as sharp as fans would have liked, nor could it compete with cars like the 911 GT3, however, it was and still is a great driving car. So if you buy this car now, you can own it for a few years, have a ton of fun with it and then sell it for almost what you bought it for. Plus, with how funky BMW is getting, more analog cars like the M4 GTS might begin to shoot up in value over the years. Then it’d be a win/win for its next owner.