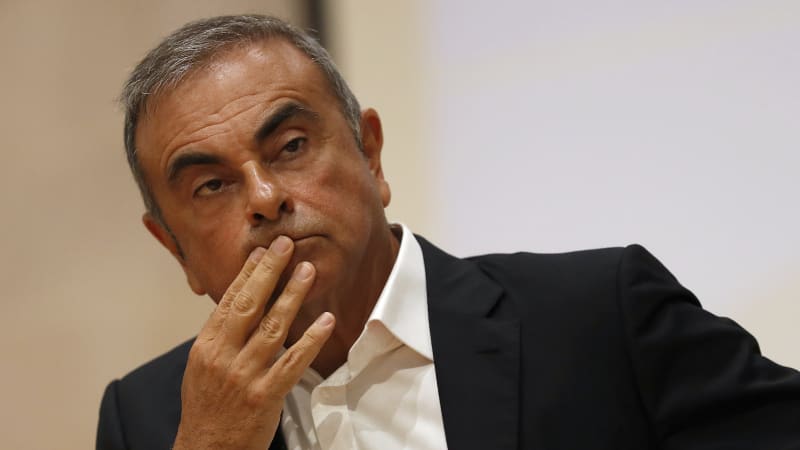 TOKYO — Carlos Ghosn hid part of his compensation at Nissan because he feared the French government would force him out of Renault if it discovered how much he earned, an executive at the Japanese carmaker told a Tokyo court on Thursday.

Hari Nada, a former Nissan vice president in charge of legal affairs, has been described as organizer of a putsch against Ghosn and is a key whistleblower in the case brought by Japanese prosecutors against the former Nissan and Renault boss, who was arrested in 2018.

Nada was testifying at the trial of former Nissan executive Greg Kelly, who is charged with helping Ghosn hide 9.3 billion yen ($89 million) in compensation over eight years through deferred payments after Japan introduced new rules requiring executives to disclose payments above 1 billion yen.

Kelly has pleaded not guilty. He has been on bail in Japan since his release from jail in 2018 and is facing trial without Ghosn because his co-accused fled to Lebanon in December 2019.

Ghosn, who was one of the world’s most prominent auto bosses as head of the Renault-Nissan-Mitsubishi alliance, has denied wrongdoing. He says he is the victim of a boardroom coup by former Nissan colleagues worried he would push through a merger between Nissan and Renault, its largest shareholder.

Nada told the court that Ghosn had concealed his true compensation because he feared the repercussions in France. He said Kelly had given him this information.

“He didn’t want to be fired. If he paid himself what he wanted and that was disclosed, the French state would have felt obliged to fire him,” said Nada, who agreed to cooperate with Japanese prosecutors in return for immunity from prosecution.

Ghosn, who is also charged with enriching himself through $5 million in payments to a Middle East car dealership, and for a breach of trust for temporarily transferring personal financial losses to his employer’s books, also denies any wrongdoing.

A former Nissan chief operating officer offered another perspective on Tuesday, outlining the pains company officials took to hide Ghosn’s pay, because they worried about his quitting for a rival.

“We heard not only as rumors but as fact that he was getting job offers,” Shiga added.

As No. 2 at the Japanese automaker from 2005 to 2013, Shiga is the highest ranking Nissan Motor Co. executive to testify at the trial, which began in September. He worked closely with Ghosn after Nissan’s French alliance partner Renault sent him to Japan to help turn the troubled automaker around in 1999. Shiga retired from Nissan in 2019.

The issue of Ghosn’s pay became more of a problem after Japan beefed up its compensation disclosure requirements in 2010. After that, Ghosn handed back about 1 billion yen ($10 million) a year, roughly half of what he’d been getting.

Earlier testimony at the Tokyo District Court had gone over the various proposals that Nissan had considered to pay Ghosn, including overseas affiliates, retirement allowances and stock options.

Shiga said Ghosn had total power to decide on the amount and method of his payment. Apart from confirming a post that Kelly had held he did not mention the American’s role in his testimony.

Kelly, a former Nissan executive vice president, has been charged with falsifying securities reports in allegedly under-reporting Ghosn’s compensation by about 9 billion yen ($90 million) over several years. Both he and Ghosn were arrested in November 2018, but Ghosn fled the country in late 2019 while out on bail.

Kelly says he is innocent, and was merely trying to keep Ghosn at Nissan. Ghosn also denies any wrongdoing.

Shiga told the court he faced pressure to ensure auditors would not raise objections to the reporting of Ghosn’s pay and that he viewed that as a failure of the company’s governance. He said he regretted not insisting Ghosn fully disclose his pay.

Nissan as a company has acknowledged guilt in the case.

If convicted, Kelly could face up to 10-15 years in prison. A verdict is not expected for several months.