Old BMW models are now becoming more and more desirable and I’m not even talking about the rare ones. A BMW 507 is expected to get eye-watering sums as only a few hundred were ever made, but the value boom is now being applied to all sorts of old BMWs too. And while not long ago you’d see that being the case with mint, collector’s items, that’s no longer the case, apparently, as anything goes. This BMW 3.0 CS is no exception.

The car we’re talking about today has just been sold on Bring-A-Trailer for $75,000. At a first glance, that may not seem like that much, especially for a 1973 3.0 CS but upon closer inspection, you might change your mind. It started life in November 1972, when it left the BMW assembly line and from there it was shipped to the US, where Max Hoffman was waiting for it in New York City. Well, not Max per say, but his company. 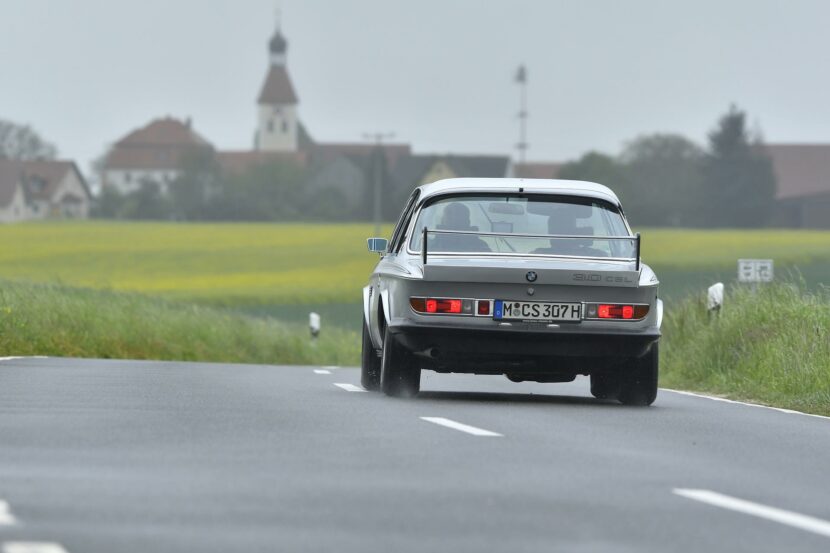 That’s not surprising in the least. After all, Max Hoffman was the one that introduced BMW to the U.S. market and most Bavarian cars sold here in the 1970s were imported by his company. However, it seems like this BMW was kept mostly in storage up until 2016, when the current (or should I say former?) owner bought it. This is where the interesting bit starts, as he decided to do a host of modifications to it, altering its ‘collector’s item’ status.

The biggest change was an engine swap, removing the original 3-liter straight six and replacing it with an M30B35 3.5-liter from a 1988 BMW 635CSi. Before doing the swap, the new engine was completely rebuilt to make sure no issues would pop up afterwards. And while I agree that the M30 mill is a lot better in all regards, it does take a big chunk of the history this car has. Therefore, whoever bought it, must be looking to actually enjoying this car, not selling later on. And I couldn’t be happier in this case.