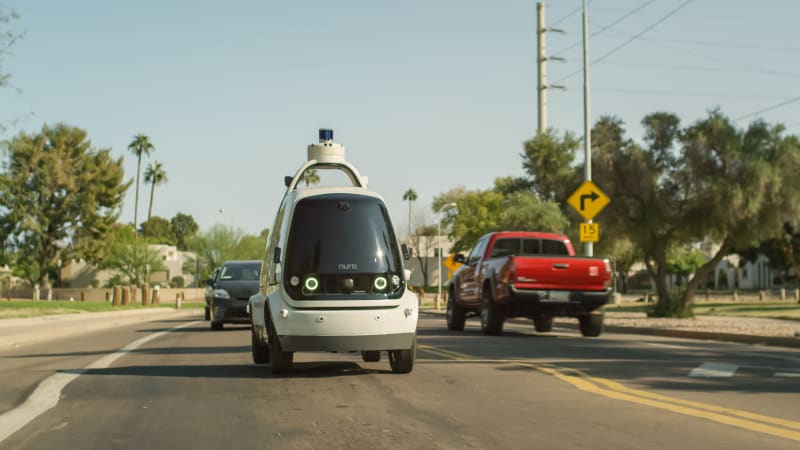 Robotics company Nuro on Wednesday received the first-ever permit to commercially deploy its self-driving vehicles in California, allowing the Silicon Valley firm to charge clients for its driverless delivery service.

Relying on a remote human operator — who could control multiple autonomous vehicles from miles away — is a step that allows a path to profitability in the emerging field of self-driving technology.

“Issuing the first deployment permit is a significant milestone in the evolution of autonomous vehicles in California,” DMV Director Steve Gordon said in a press release. “We will continue to keep the safety of the motoring public in mind as this technology develops.”

Nuro has been testing autonomous vehicles on California’s roads with safety drivers since 2017, and it was authorized by the state regulators to test two driverless delivery vehicles in nine cities earlier this year.

The company said it would launch a delivery service with a fleet of autonomous Toyota Priuses, and later add its own low-speed R2 vehicle, which has no pedals or steering wheel and only room for packages.

Last month, Nuro raised $500 million in a funding round, driven by a massive boost to e-commerce from the COVID-19 pandemic.

Nuro, a privately held firm based in Mountain View, California, was permitted by the National Highway Traffic Safety Administration in February to deploy up to 5,000 low-speed electric delivery vehicles in Houston without human controls such as mirrors and steering wheels.