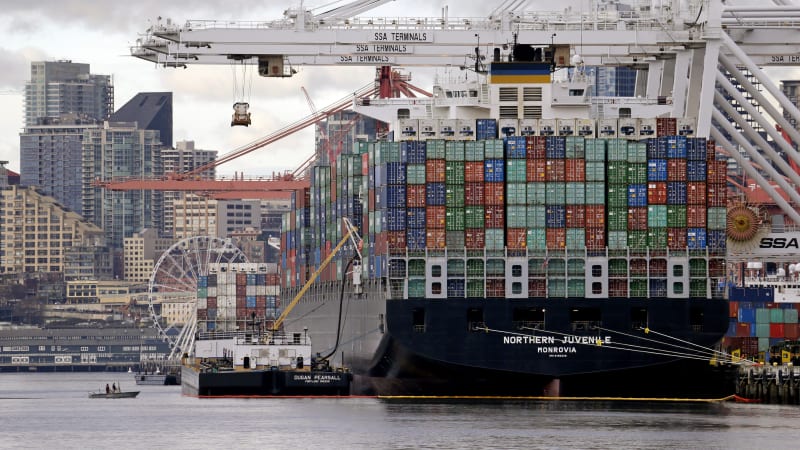 LOS ANGELES/LONDON — Amazon seller Bernie Thompson shifted half of his production out of China to reduce his business risks and still found himself in the crosshairs of logistical chaos besetting the movement of goods around the globe.

A surge in demand for furniture, exercise equipment and other goods for shoppers sheltering at home in a worsening COVID-19 pandemic has upended normal trade flows.

That has stranded empty cargo containers in the wrong places, spawning bottlenecks that now stretch from factories to seaports. Container ship operators ferry the majority of consumer goods, and transportation and trade sources warn that prolonged industry disruption could cause shortages and complicate the global economic recovery. Thompson, founder of Washington-based Plugable Technologies, sells work-from-home staples like laptop docking stations. He diversified sourcing to be less reliant on a single country for manufacturing and less exposed to U.S. tariffs on Chinese goods.

Things did not go as planned and now, like many other importers, he is concerned about keeping enough product in stock. “We’ve moved production out of China and moved ourselves right into a disadvantage,” said Thompson.

His new factory in Thailand was first to suffer delays of about four weeks, in part because shipping companies routed empty containers to the top priority U.S.-China trade lane. Those logistical snags cascaded and now his remaining shipments from China – the world’s No. 1 manufacturer – are postponed by as much as three weeks. And he is not alone – U.S. retailer Costco and Honda in the United Kingdom have also suffered delays. Automakers in the U.K. were already worried about supply-chain disruptions from Brexit before the current shipping snarl happened.

“Everyone’s trying to squeeze through this narrow opening all at once,” said Rick Woldenberg, chief executive of Illinois-based Learning Resources which supplies educational toys to Amazon.com and other major retailers. It can “really screw up your plans,” he said. Container ships have been sailing at full load since August – something that has not happened in a decade, said Peter Sand, chief shipping analyst with trade association BIMCO.

Frustration is building. Importers and exporters are “upset they’re not able to move their product or crop as willingly as they would like to,” said Gene Seroka, executive director of Port of Los Angeles – the busiest U.S. seaport. “We need to get the trade flow going to grease the engine for the whole world economy,” said Christopher Tang, a business professor at the University of California-Los Angeles. Port staffing reductions due to COVID safety rules also play a part.