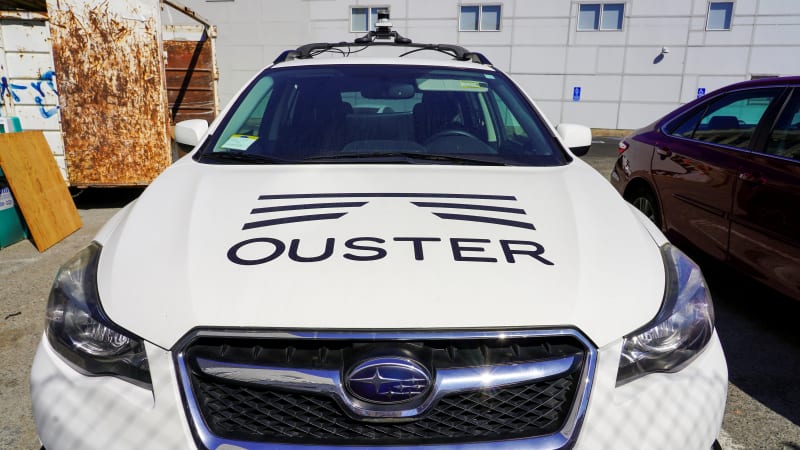 Ouster, a U.S. startup that makes lidar sensors for self-driving cars and smart cities, said on Tuesday it has agreed to go public through a merger with special purpose acquisition company (SPAC) Colonnade Acquisition Corp.

The deal values San Francisco-based Ouster at around $1.9 billion and makes it the fifth lidar manufacturer this year to agree a SPAC merger to go public, following on from Velodyne Lidar Inc, Luminar, Innoviz and Aeva.

Ouster sees its digital lidar technology as having practical applications beyond autonomous vehicles and extending to areas such as drones, smart cities and robotics, according to company co-founder and Chief Executive Angus Pacala.

“The vision of the future that we’re pushing towards is lidar on every vehicle on earth, every moving object on Earth and every piece of intelligent fixed infrastructure on Earth, in the same way that camera technology has propagated and become ubiquitous in the last 20 years,” Pacala said in an interview, speaking with Colonnade Chief Executive Remy Trafelet.

Reuters had reported earlier that Ouster and Colonnade were nearing a merger agreement.

SPACs like Colonnade are increasingly popular investment vehicles which raise funds in an initial public offering (IPO) with the aim of buying a private company. The acquired company then becomes public as result of the merger and is an alternative to the traditional IPO process.

Colonnade raised $200 million in an IPO in August. For the deal with Ouster, Colonnade also raised $100 million through a private investment in public equity, or PIPE, transaction. Investors in the PIPE included Cox Automotive, Fontinalis Partners, and WWJ Enterprises.

Overall the deal will bring in up to $300 million in gross proceeds for Ouster.

Ouster, which expects to generate around $19 million in revenue in 2020, stood out from other companies in the space that Colonnade had looked at buying because its business is already generating revenue, Trafelet said.

Lidar sensors, which use laser light pulses to render precise images of the environment around the car, are seen as essential by many automakers to allow higher levels of driver assistance right up to making them capable of self-driving.