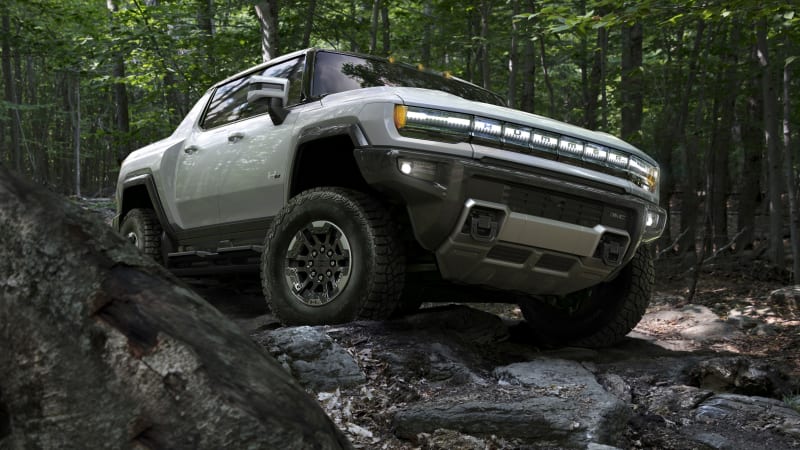 GMC will step into the electric vehicle arena for the first time when it begins building the Hummer EV in 2021. While it’s not planning on becoming an electric-only brand, it has more battery-powered models in the pipeline.

“There will be an all-electric Sierra pickup, but no timeline yet. But, the plan is to make it electric; this whole electric thing is a moving target,” Lynn Thompson, the president of a Buick-GMC-Cadillac dealership in Missouri, told the Detroit Free Press. He said executives revealed those plans during a national dealer meeting.

What remains to be seen is whether the truck will be an electric variant of the Sierra as Thompson said, or if it will arrive as a standalone electric truck with Sierra-like dimensions and capabilities. Sister company Chevrolet is also planning to launch an electric pickup in the coming years, and it strongly hinted it will take the second route. Its entry into the segment won’t look like a Silverado, and nothing seriously suggests it will be badged as one.

It will also be interesting to watch how GMC ensures that the truck doesn’t overlap with the Hummer EV, which will exclusively be offered as a four-door pickup with a relatively short cargo box when it arrives in stores as a 2022 model. Our crystal ball tells us the Hummer will be marketed as a more expensive model aimed at weekend adventurers who want to make a statement, while the Sierra-like model will be cheaper and primarily aimed at buyers who merely want a truck, whether they’re commuters, contractors, or fleet operators. Chevrolet’s entry into the segment will slot beneath these two models. General Motors used this strategy nearly 20 years ago to keep the Hummer H2, the GMC Yukon, and the Chevrolet Tahoe in separate corners of the same room.

GMC’s electric truck could share powertrain and chassis components with the Hummer EV. It might also be built in the same Hamtramck, Michigan, factory that parent company General Motors is funneling $2.2 billion into.

Regardless of the path it takes, GMC is not going all-electric.

“[GMC boss] Duncan [Aldred] said we’re certainly not going to abandon our internal combustion engine vehicles because that’s our core business, and that was good to hear. It’s to let people know they’re not going down the same road as Cadillac,” a dealer who asked to remain anonymous said. Cadillac might go EV-only by 2025, starting with a crossover named Lyriq, and many of its dealers have refused to spend $200,000 on upgrades.

GMC has about 1,900 dealers in the United States, and about half of them agreed to make a $140,000 investment to sell the Hummer EV. Executives are asking stores to install a pair of 240-volt Level 2 charging stations, which can cost up to $1,000 each, and a 480-volt charging station, which ranges from $25,000 to $30,000. They also need to buy a pair of 12,000-pound lifts, a 14-by-24-foot stall, and a forklift capable of carrying 8,000 pounds. It adds up quickly, and the total investment is significant, but the model’s initial popularity is encouraging stores across the nation to make the upgrades, according to the Detroit Free Press. Demand has been so high that the company told dealers it might build more Edition 1 models, which costs $112,595.

“The Hummer Edition 1 sold out in 10 minutes, and they said they had enough orders for it to fulfill their first year of production currently, but they are evaluating if they can build more,” a dealer told the publication.

GMC is currently sitting on about 10,000 orders. It’s reasonable to assume that we’ll see a comparably-priced Edition 1 variant of the upcoming SUV variant of the Hummer EV, while should break cover during 2021.