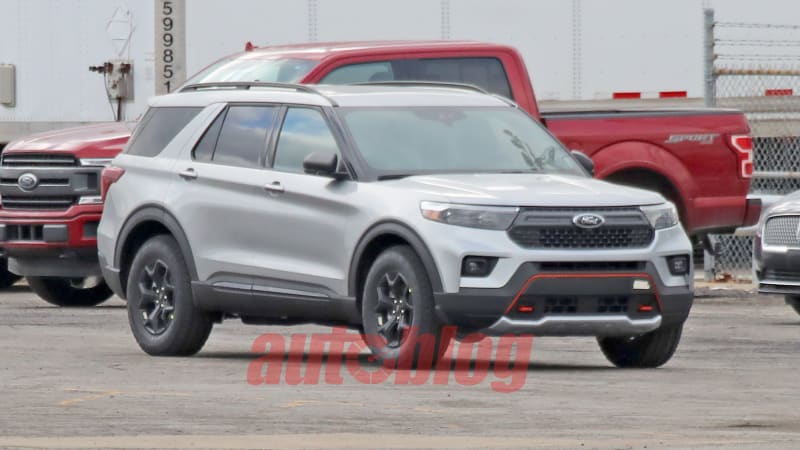 A rugged new Ford Explorer trim has been spotted in the wild this week, prompting speculation as to what exactly the Blue Oval has in store for its three-row SUV.

This virtually undisguised prototype appears to be sporting unique wheels (with knobby tires) and bumpers with some red contrast elements, borrowing some of its aesthetic from the Subaru Forester Sport; reactions in the Autoblog office so far are mixed.

The only elements that remain covered are the badges, but that’s enough to contain the mystery surrounding this trim’s identity. Given the shape and position of the badges, we’re inclined to believe that this will borrow Ford’s truck nomenclature. The Ranger and F-Series pickups are available with an FX4 off-road package, which would seem like a natural fit for these taped-over bits.

The other possibility is some sort of graphical badge, which leads to yet another persistent Ford rumor. “Timberline” was just one of many names Ford sought to protect in a flurry of trademark filings from 2018 and 2019, among which now-known nameplates such as “Maverick,” “Badlands” and “Outer Banks” were also established.

“Timberline” has yet to make its way onto anything in the Ford portfolio, but according to our spies, the Explorer might be the first; whether it’s the only remains to be seen. Judging by the state of these prototypes, we won’t have to wait long to find out. Expect this variant to debut in the coming weeks or months, likely no later than the Chicago Auto Show, which is currently slated for March.