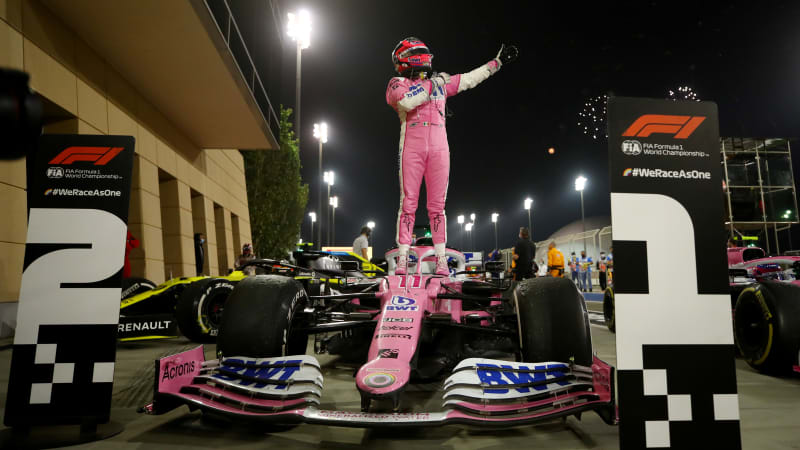 Mexican Sergio Perez will replace Alexander Albon at Red Bull next season as the former Formula One champions set their sights on giving dominant rivals Mercedes a run for their money.

The 30-year-old Perez, a winner for Racing Point in Bahrain this month, will slot in alongside Dutchman Max Verstappen with Albon relegated to the role of test and reserve driver.

“We want to field the strongest team we can to take the fight to Mercedes,” said team boss Christian Horner whose team finished second in the overall standings winning two of this season’s 17 races compared to champions Mercedes’ 13.

“Sergio’s got the necessary amount of experience, brings a wealth of knowledge to the team as well and I think will be a good team mate for Max next year.”

Perez has lost his seat for next year at Racing Point, who will compete as Aston Martin, to four-times champion Sebastian Vettel and the Mexican had indicated that he would take a sabbatical in 2021 if he failed to land the Red Bull drive.

The move hands him a second shot at a top seat after he spent a season at McLaren as Lewis Hamilton’s replacement when the Briton left for Mercedes in 2013.

It makes him the first driver outside Red Bull’s young driver development program to race for the team since Mark Webber retired at the end of that year.

Perez, who brings significant backing from Mexico and made his F1 debut with Sauber in 2011, finished fourth in the overall standings behind Verstappen despite missing two races due to COVID-19.

He took two podiums, including his Sakhir Grand Prix win, in 2020 to bring his career tally to 10 rostrum finishes from 191 starts.

The only Latin American driver in the sport and the first Mexican to win in F1 for 50 years, Perez has spent the last seven seasons at Racing Point, having joined the team when it was still Force India.

He was instrumental in securing the cash-strapped team’s future in 2018 when it was bought out of administration by Canadian billionaire Lawrence Stroll, whose son Lance races the outfit’s other car.

Horner, who fielded Perez as an up and coming young driver in his GP2 team, said that with the Mexican Red Bull would have a better chance of taking the fight to Mercedes with both of their cars.

This year Verstappen was more often than not left to take the fight to the German team’s two cars by himself.

As for Albon, who finished seventh in the standings level with McLaren’s Ferrari-bound Spaniard Carlos Sainz, Horner said the 24-year-old was determined to find his way back to a race seat.

“We will see how circumstances unfold for 2022 either within Red Bull or external of Red Bull,” said Horner.

But the 35-year-old, who wrapped up a record-equalling seventh world title this season, is expected to stay with Mercedes.