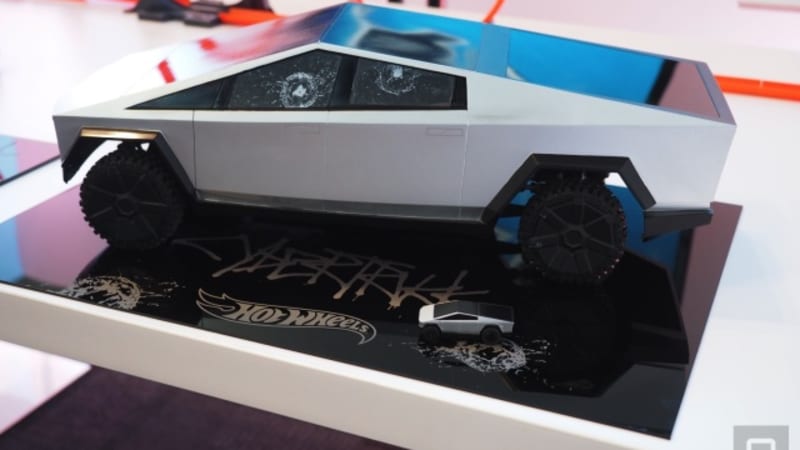 Tesla is known for delivering its electric vehicles a little later than intended. It’s strangely fitting, then, to hear that toy versions of the Cybertruck won’t be arriving on time either. As Bloomberg reports, two remote-controlled trucks developed by Mattel, the American giant behind Hot Wheels and Barbie, were supposed to ship this month. Due to an “unforeseen production issue,” the company explained in an email to customers, the targeted delivery date has moved to May 2021. Not the best news if you were hoping to give one as a gift during the holiday season.

Mattel’s remote-controlled cars were announced in February. One is a 1:64 recreation that costs $19.99, while the other is a substantially larger 1:10 version that will set you back $399.99. Both are listed as out of stock on the Hot Wheels Collectors website at the moment.

The real Cybertruck, meanwhile, was formally revealed in November 2019 at an event in Los Angeles. (That’s also when the car’s lead designers famously smashed two of its “armour glass” windows with a metal ball.) Production of the dual motor ($49,900) and tri-motor ($69,900) variants should begin late next year, followed by the single-motor ($39,900) version sometime in 2022.