More so than just about any other new car this year, the Ford Bronco has captured the public’s attention, and that apparently includes the attention of Santa Claus. It seems Saint Nick has a history with Ford’s seminal SUV. 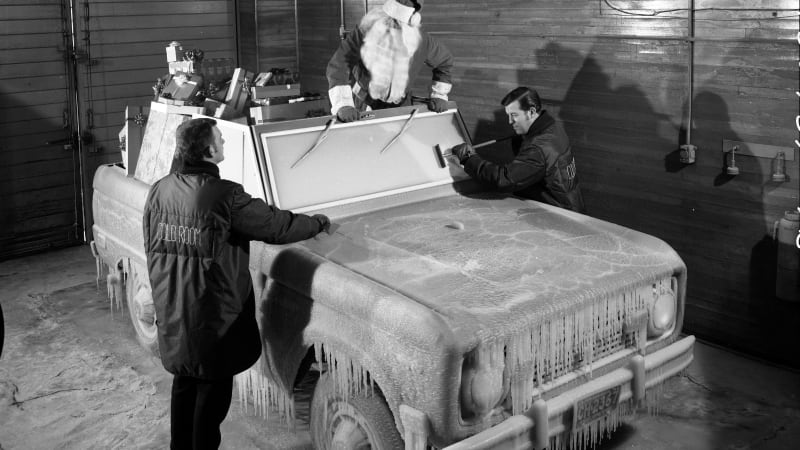 The black-and-white picture was taken in November 1968 and shows Santa paying a visit to Ford’s product development center in Dearborn, Michigan, where he appears to be giving the original Bronco a test-fit for potential sleigh duty. Given Santa’s proclivity for cold temperatures and any Claus vehicle’s need to operate in the North Pole’s extreme weather, he paid a visit to Ford’s cold room, where the Bronco was chillin’ in temps that get down to 30 degrees below zero. 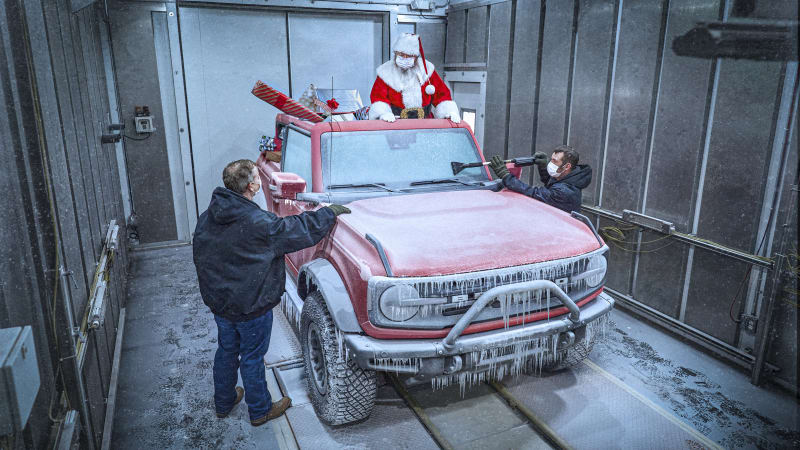 Forty-two years later, Ford has an all-new Bronco and Santa is back in town to have a look. Again, we’re back in the cold room, this time the 2020 Bronco. Specifically, the man in the red suit is checking out a two-door Bronco Outer Banks. Finished in what we imagine would be Santa’s preferred color, Race Red, it also features the Sasquatch Package, brush bar, and modular front bumper.

What do you say, big guy? Is it time to retire the reindeer?