Skip to content
Latest News
Which was the Best BMW You’ve Ever Owned?
G82 BMW M4 vs F82 BMW M4 — Which Looks Better?
Jeremy Clarkson Regrets Selling His BMW 3.0 CSL
BMW 128ti launches in South Africa with a proper photoshoot
Rolls-Royce wants you to design their Wildlife Garden in Goodwood 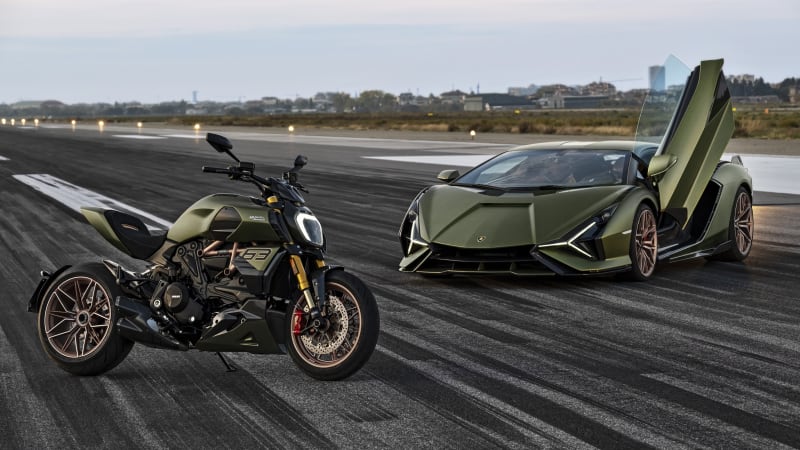 Investors in the market for a high-end Italian manufacturer that peddles performance will need to keep looking. Volkswagen announced it will hang on to Lamborghini and Ducati in the foreseeable future.

Executives in Wolfsburg, Germany, are making far-reaching changes to the Volkswagen Group to reboot it with a big focus on technology. Credible rumors claimed that the people in charge of the carmaker wanted to carve out Lamborghini — which owns Ducati — and ultimately list it, or at least a chunk of it, on the stock market in order to fast-track the group’s electrification strategy. Going electric is expensive, so selling Lamborghini would have helped fund the expansion, and high-octane supercars don’t easily go hand-in-hand with zero-emissions cars.

“Volkswagen needs to change from a collection of valuable brands and fascinating combustion-engine products that thrill customers with superb engineering to a digital company that reliably operates millions of mobility devices worldwide,” summed up Herbert Diess, the group’s boss, during a September 2020 meeting.

His team ultimately decided not to fully divest both brands. It’s too early to tell whether part of Lamborghini will be listed on the stock market, as some insiders have suggested, or if those plans are off the table, too.

Changes are coming to Bentley as well. While it’s not being spun off either, it will fall under the Audi umbrella starting on March 1, 2021. Volkswagen explained linking the two companies will “allow for synergies to be achieved as part of the electrification strategy of the two premium brands,” a statement which suggests they will share a growing number of components during the 2020s. Unverified rumors claim that Bentley will notably get its own version of an ultra-luxurious electric SUV code-named Landjet that Audi is currently developing.

We’ve reached out to Bentley for more details, and we’ll update this story if we learn more. Bugatti’s future wasn’t mentioned in the release; unconfirmed reports suggest it will be traded for a stake in Croatian start-up Rimac.

Volkswagen’s supervisory board also reaffirmed its support for Diess, who was appointed CEO in 2018 and who has played a significant role in the company’s transformation. Finally, the board approved the development of what a statement refers to a future leading electric vehicle sold by the Volkswagen brand that will be developed and manufactured in Wolfsburg. Details about the model — such as its launch date — are not available.