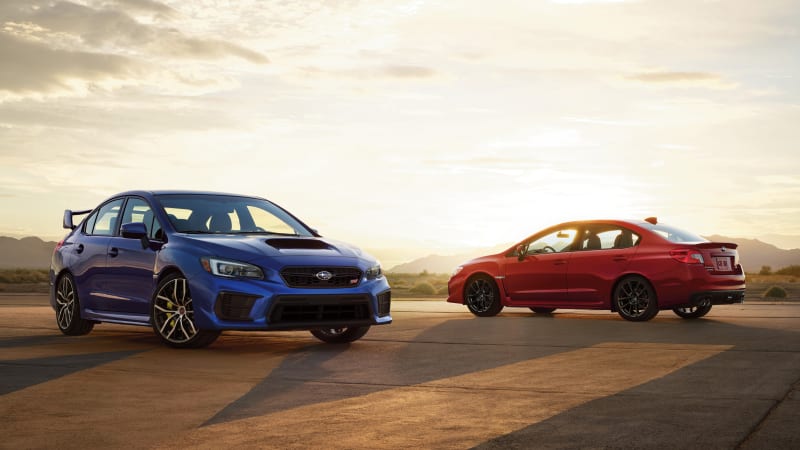 Details on the 2021 Subaru WRX and WRX STI are out and, to nobody’s surprise, hardly anything changes. The STI’s base price goes up by $250 to make it $38,170. Subaru has also filtered keyless entry with push-button start down to the WRX Premium. It was previously only standard on the Limited trim. You’ll pay a bit more for the convenience, too, as Subaru upped the price of the Premium trim by $250 (now totaling $30,970) this year.

And that’s it for changes to the 2021 models. At this point we have our sights set on a next-gen WRX. The Subaru Levorg revealed earlier this year was the best preview of what to expect when the car is finally revealed. Report after report have suggested new platforms and new engines are on the way. Spy shots of the next-gen car slathered in camouflage surfaced a couple months ago. It’s coming, and it’s likely going to arrive sometime in 2021 as a 2022 model year car.

Subaru didn’t announce any “Final Edition” or similar limited edition models in this news bulletin. That could still be coming, as models like the Series.White, Series.Gray and Series.HyperBlue have all been built in recent years. And further supporting the idea that a new-generation of WRX is coming is the Japanese-market WRX STI EJ20 Final Edition. It was revealed a year ago as a limited production farewell to the smaller displacement WRX STI sold in Japan (the U.S. STI model gets the bigger EJ25 engine).

If you want one of the 2021 WRX models, Subaru says they’ll begin to arrive in dealers come March 2021. But if you want to grab one for the snowy months, there’s no reason not to pick up a 2020, which is nearly identical.