The right move in chess isn’t the flashiest one. It’s the incremental play that sets up the next one. For companies like General Motors, the next move is electric. But right now, GM needs to improve fuel economy in vehicles like the hulking 2021 Chevy Suburban. Enter the tried-and-true Duramax diesel engine.

The 3.0-liter straight-six gives the Suburban fuel economy figures on par with smaller vehicles. It gets 20 mpg city, 26 mpg highway and 23 mpg combined on four-wheel-drive models, like the one we tested. Rear-wheel-drive versions improve fuel efficiency by 1 mpg.

That’s better than the V8 Suburbans, which muster 15/19/17 with the 5.3-liter engine and 4WD, while the uplevel 6.2-liter mill achieves 14/19/16 mpg ratings. For further comparison, the four-wheel-drive 2020 Ford Expedition Max gets 16/21/18 with its twin-turbo V6. If you need a truck-based SUV but are concerned about slurping gas, a diesel-powered Suburban becomes an interesting notion.

“It really came down to us giving customers a lot of choices,” Jaclyn McQuaid, GM’s executive chief engineer for full-size trucks and SUVs, told Autoblog. “We know the SUV buyer is looking for this opportunity.”

The engine is a key feature for the new generation of Suburban, which gets its first major makeover since 2015. Chevy’s largest SUV also gets a nicer interior, upgraded styling and suspension enhancements.

The diesel serves up 277 horsepower and an impressive 460 pound-feet of torque. The Suburban’s standard 5.3-liter V8 is rated at 355 hp and 383 lb-ft, while the uplevel 6.2-liter unit makes 420 hp and 460 lb-ft. The diesel’s maximum torque comes on at 1,500 rpm, so it can pull away quicker than its V8 siblings, which need to rev far higher in the band to achieve similar performance. It’s also helpful for towing, something Suburban owners prioritize. 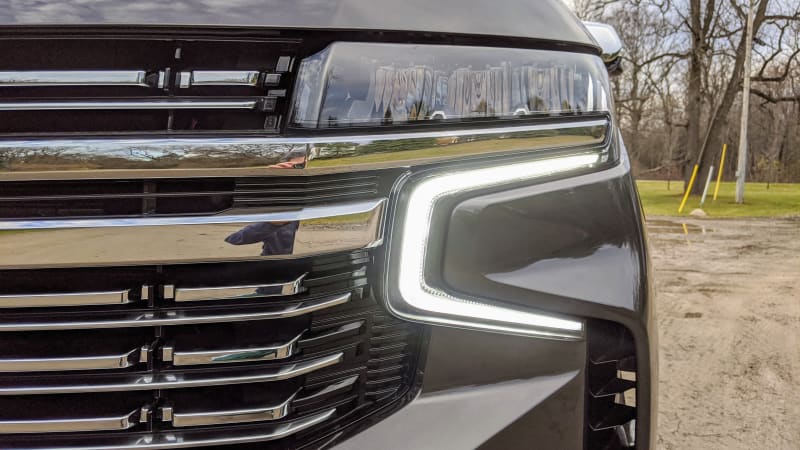 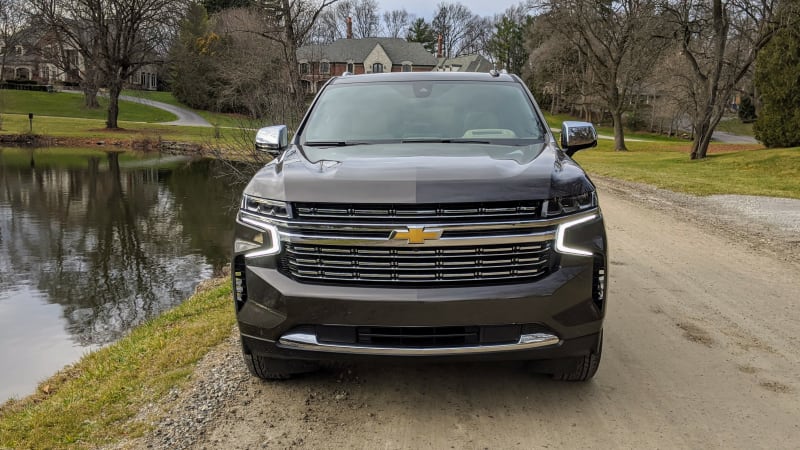 GM hasn’t used a diesel in a full-size SUV since 1999, and now it has a veritable stable of oil-burners. In addition to the Suburban, the Chevy Tahoe, Cadillac Escalade, and GMC Yukon and Yukon XL received diesel options for 2021 as well. The engine made its debut in the 2020 Chevy Silverado and GMC Sierra trucks.

The Duramax is a $995 option on most Suburban trims, though it’s not available on the off-road-tuned Z71. On the top-shelf High Country trim level, where the 6.2-liter V8 is standard, the diesel actually results in a $1,500 discount. We tested the Suburban Premier with four-wheel drive that stickers for $79,115, including destination charges. It came nicely equipped and included magnetic ride control (which improves ride and handling), 20-inch aluminum wheels, a 10-speaker Bose audio system, LED head and tail lights and leather front seats. A range of safety features, including forward collision alert, lane keeping assist and rear traffic alert are standard on that trim level. Our tester also added the $4,435 Premium option — that’s right, the Premier Premium — with a panoramic sunroof, the trailering setup, adaptive cruise control and enhanced automatic emergency braking. The gray exterior is anonymous, but the jet black interior with maple syrup-colored seats and dash is attractive. All told, it feels worth the price.

The latest Chevrolet infotainment system is far better than its predecessors. It’s easier to use, and the 10.2-inch diagonal high-definition touchscreen is colorful and sharp. The rear camera mirror, part of the Premium option bundle, is something we’d recommend. We first sampled the video mirror in the now-discontinued Cadillac CT6 in 2016. In a sedan, it’s a cute feature you don’t need. In a three-row SUV, it’s helpful when trying to see past people and cargo. Plus, the 2021 Suburban is really long. The back window is nearly five yards from the driver. Cameras help.

The diesel starts up with a slight burble and returns plenty of low-end torque. It even sounds good as you lay on the throttle and let the revs build between 2,000 and 4,000 rpm. The 10-speed automatic transmission is a solid partner, and the stop-start feature is non-intrusive.

The SUV’s improved handling shows. The Suburban received an independent rear suspension for 2021, which has resulted in improved handling, ride comfort and more interior space by lowering the rear floor. The latter remedied a counterintuitive problem the Suburban and especially the smaller Tahoe faced over the years: They’re huge, but they actually held less stuff than you would think.

The Suburban is outstanding for family use. We piled up the miles over the long Thanksgiving weekend, checking out multiple holiday light fests, where this big Chevy served as a rolling living room. With basically every public activity carrying some level of virus risk, our single-family quarantine on wheels was a nice way to escape from the cares of the world. The Suburban is relatively quiet and composed on the highway, though its size shows when navigating downtown areas.

GM’s gas-fed V8s are stellar, and the feel of a naturally aspirated V8 is non-negotiable for some buyers. But, the Duramax diesel doesn’t beat the driver over the head with sounds or smells, and at times it’s easy to forget it’s there. If you like fuel economy and torque — diesel’s best qualities — Duramax is something you should consider in the Suburban. Yes, Americans have trouble with the idea of diesels, but in the Suburban, it doesn’t feel out of place.

With smooth fenders and a demonstrative beltline, the Suburban and its smaller sibling, the Tahoe, translate the Silverado’s styling cues to the full-size SUV segment. After the Silverado weathered some initial controversy over its appearance, it has generally found acceptance, and this design language speaks well on an SUV. It’s accentuated with boomerang-shaped daytime running lights and a big, yet tasteful grille marked with two horizontal parallels three quarters of the way up. In an era where grilles are getting larger and more garish, Chevy designers resisted the urge to make their SUVs cartoonish. Smart.

The 2021 Suburban is a step forward for the venerable nameplate that dates to 1935. Fortified with diesel power, GM is reinforcing its already-strong grip on the large SUV segment. The Ford Expedition is a handsome vehicle, perhaps more distinctive than the Suburban and Tahoe. But with more engine options, better interiors and improved ride and handling, the Suburban (and Tahoe) are back on top of this segment.