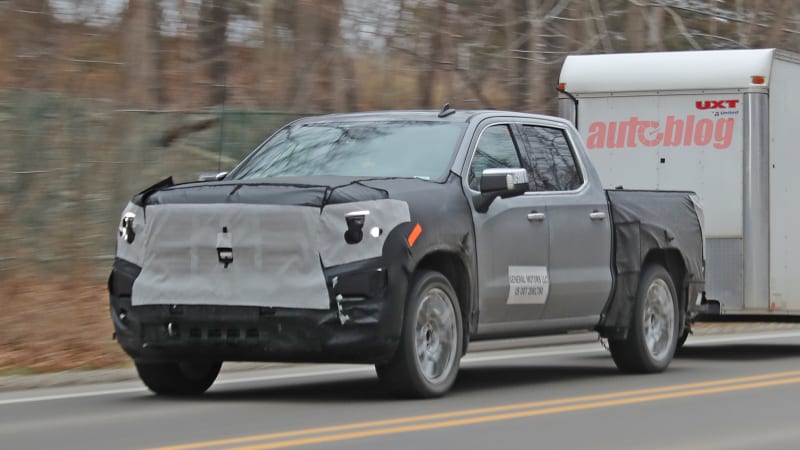 The GMC Sierra 1500 was just redesigned for the 2019 model year, but the hyper-competitive half-ton segment will see an updated Denali offering for 2022 and, as we can see from these spy photos, GMC is already testing prototypes.

There’s quite a bit covered up on this particular example, leading us to believe the Sierra Denali’s refresh will be on the heavy side. We’re not surprised, as GM’s usually comfortable position within the full-size segment has been eroded over the past few years, largely due to intrusion into the luxury market on the part of both Ford and Ram.

From these shots, we can tell the Sierra Denali will get at least one new grille (if not several of them), new headlights, new bumpers, new bed sides, new tail lights and perhaps even an updated tailgate, though we expect that will matter more on trucks not equipped with the MultiPro multi-function tailgate option, which tends to take up a lot of stylistic real estate.

As comprehensive as that may sound, it’s nothing compared to what GMC has in store for the Denali’s upgraded interior. Super Cruise — GM’s highway semi-self-driving suite — will headline the updates. This is big news for two reasons. For starters, Super Cruise has thus far been relegated only to Cadillac, so the Denali will likely be among the first outside of that model line to offer it. GM also claims that the version of Super Cruise coming to the Sierra is capable of towing. Yes, hands-free towing.

Besides Super Cruise the 2022 Sierra is getting a fully digital instrument cluster as part of what appears to be a fairly comprehensive interior redesign, different from both the current Sierra, standard Yukon and Yukon Denali interiors.