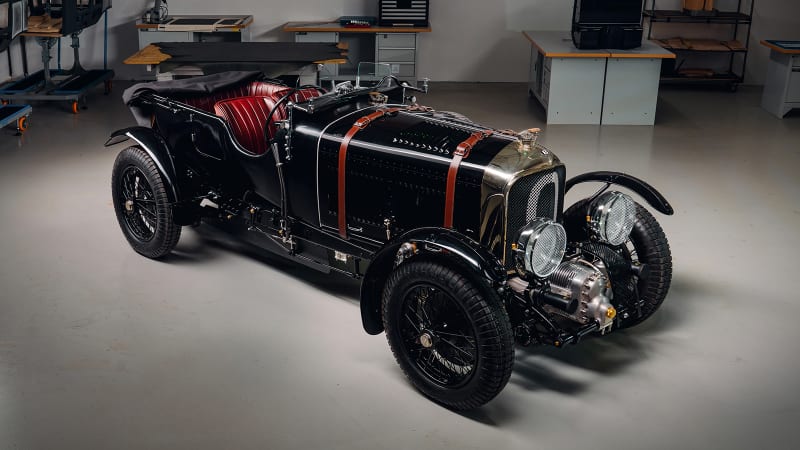 Just over a year after announcing the program, Bentley has finished building its first Blower car since 1930. It’s called “Car Zero” since it’s not one of the 12 customer cars. Instead, this first car is a prototype that will undergo testing before the customer cars begin production.

Bentley says this car took 40,000 hours to complete. The company figured out how to build it based on existing tooling and blueprints, as well as laser scans of the components in the company’s 1929 race car on which the continuation models will be based. The company collaborated with a variety of outside companies for help with the frame, radiator shroud and leaf springs. The frame was built by a company that builds and restores boilers for steam engines. Bentley itself also built a custom stand so it could hook up the recreated 4.5-liter supercharged four-cylinder to its modern-day engine dynamometers for break-in.

Now that this prototype has been completed, Bentley will begin testing it for durability. The planned testing should recreate just under 22,000 miles of regular driving and nearly 5,000 miles of track driving. The company will also do a top speed run with it. Once testing is complete, Bentley will start building the 12 customer cars, all of which have been sold and specified.

While many are likely excited about this new Bentley, there are a handful of car enthusiasts that probably don’t share the excitement. Earlier this year, several of these wealthy enthusiasts, including fashion mogul Ralph Lauren, sent a letter to Bentley expressing concerns that these continuation cars will reduce the value, both monetary and intrinsic, of the original cars. The complaint obviously hasn’t had an effect on Bentley’s plans.