LOS ANGELES—Maybe it’s just us. Maybe we don’t talk to the right people, or at least not enough, especially under the world’s present conditions. But while it seems as though cars like the Porsche 911 GT3 and Chevrolet Corvette, as just two prime examples, are consistently on car enthusiast’s lips and minds, the 2020 Mercedes-AMG GT R—a whole four years after the model first went on sale—flies relatively low the radar. And that’s a big mistake when you’re talking about the world’s best performance cars.

Oh, sure, the GT R (and the standard Mercedes GT it’s based upon) nameplate doesn’t have a long history, and maybe some people still don’t automatically recognize Mercedes-Benz, even with AMG, as a maker of world-class drivers’ cars. But as we discovered during the 2018 edition of our Automobile All-Stars shootout, the GT R is one of the most fun-to-drive, most satisfying, most capable machines on the market today.

We recently circled back and spent a few days driving the new 2020 Mercedes-AMG GT R Roadster—the first time the GT R has come in droptop form—to see if the model, either coupe or convertible, still impresses and appeals to us as much today as it did then. Here are five reasons the answer is an unequivocal, “Hell, yes!” 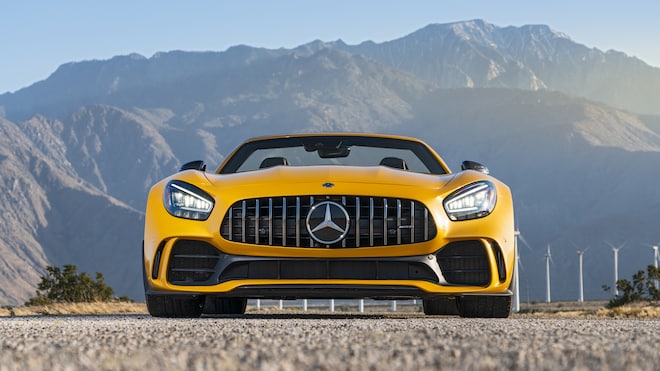 Even in Los Angeles, a city where you can quickly become numb to the sheer volume of sports cars and supercars sitting in logjam traffic, the AMG GT R coupe is a relatively rare sight in the land of Porsches. We’re not exclusivity snobs; owning something rare has nothing to do with what we love about automobiles. But the fact is, Mercedes-AMG will build a whole 750 examples of the Roadster, at a price premium of almost $27,000 compared to the coupe. Is it worth the extra juice? No, at least not from a pure driving standpoint. But some people crave open-air driving, and in pricey locales with year-round warm weather, the locals sometimes refer to the increased cost of living as The Sunshine Tax. If you add the GT R Roadster’s premium to the bill, it’ll be far from the worst money you’ve ever spent in that regard. And at least you won’t see someone else parking the same car in every fifth spot along Rodeo drive. 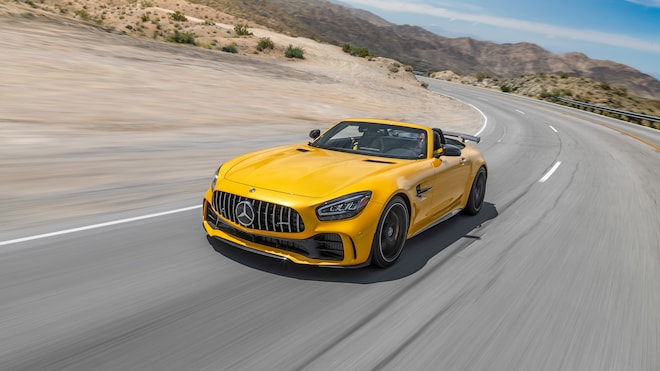 Forget about impressing the neighbors; that’s not what sells us on the 2020 Mercedes-AMG Roadster, be it coupe or convertible form. Its 4.0-liter, twin-turbo V-8 rips out 577 horsepower and 516 lb-ft of torque delivered to the wheels via a seven-speed twin-clutch gearbox, and the chassis rides on sticky Michelin Pilot Sport Cup 2 rubber. Add rear-wheel steering, adaptive suspension, and a titanium sport exhaust that snorts out a meaty baritone along with cracks and snaps on the overrun, and you have an enticing recipe.

The baked product delivers a driving experience that contradicts the GT R’s chunky proportions and long hood. Look at this car and you can’t help but think it must be a bit of a lumbering handful to drive hard. But attack a twisting road, and you learn immediately that the opposite is true. The GT R flows through corners, even at 3,746 pounds, which is, almost shockingly, not much more than something like a BMW M2 weighs. And while the suspension is aggressively firm, it offers enough compliance—combined with an overall great handling balance and quick yet predictable steering—to inspire endless driver confidence. The later you brake, the more speed you carry on corner-entry rotation, the sooner you go back to power on the exit … the bigger the reward in terms of smiles and laughter.

If you’re still not convinced the Mercedes-AMG GT R is as much of a pure, dedicated driver’s car as the 911 GT3, our pro-racer pal Andy Pilgrim proved the point when he drove a 2018 coupe on a lap of the hugely challenging NCM Motorsports Park road course in 2 minutes, 11.01 seconds. His time in a 2018 GT3: 2:11.14. 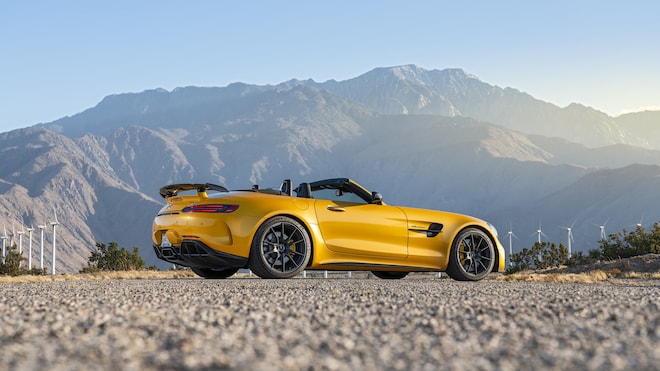 Spekaing of the GT R’s looks, photos don’t always do it justice. If it appears beefy in real life, the camera adds 200 pounds and two feet in length. But parked in a pit lane—or better yet, your driveway, or a canyon-road scenic overlook—you realize it’s a relatively compact package. Whether we’re talking roadster or coupe, it’s low, it’s wide, and it’s mean, with a German Batmobile presence mixed with a semi-surprising element of sleekness. Add the carbon-fiber trim bits and one of AMG’s flashy paint colors, like our test car’s Solarbeam Yellow Metallic, and you have all the makings of a car-crazy kid’s bedroom poster. If, you know, posters were still a thing. 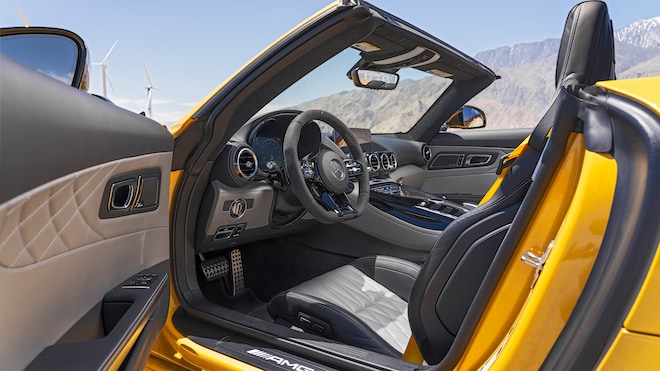 The convertible GT R is a little softer in the ride department compared to the coupe, but as you expect from what is effectively Mercedes-AMG’s version of a GT3 street car, the suspension is notably stiff on both models. If you’re not a super-sports-car fan, this characteristic might not be for you—but then you wouldn’t be interested in one of these AMGs in the first place. The suspension’s aggressiveness doesn’t beat you up, though, and we’ve driven the coupe on long road trips and climbed out of the cockpit none the worse for wear. On top of that, employ a bit of space-maximization skill and you can carry a fair amount of luggage, making the GT R far more usable than if it was only good for destroying racetracks and mountain passes. 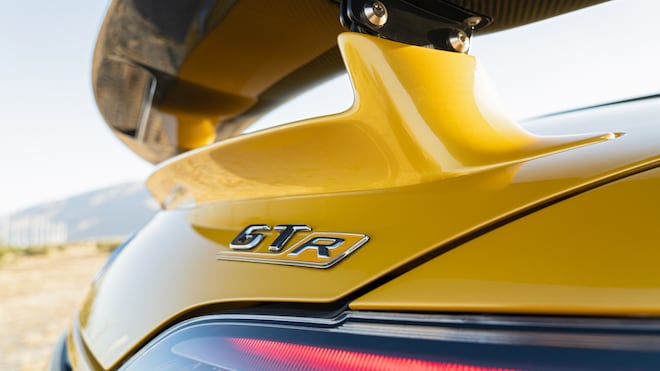 2020 Mercedes-AMG GT R: The Market Hasn’t Quite Caught On

With starting prices of $164,895 and $191,745, respectively, the GT R coupe and convertible are, of course, expensive propositions. (Compared to the new GT Black Series model, they’re a bargain.) And while the Roadster’s limited production makes it difficult to predict just how coveted it will or won’t be in the future, the coupe has caught our day-dreaming eye on the secondhand market. We’ve seen year-old, extremely low-mileage examples available for nearly $30,000 less than original MSRP, and we’ve heard from others who say they’ve spotted even better deals than that. Of course, you have to spend the time to find the right example in the right place at the right price. But if you do locate a smokin’ deal on a Mercedes-AMG GT R of any model year, the car’s quiet reputation suddenly becomes something to appreciate.