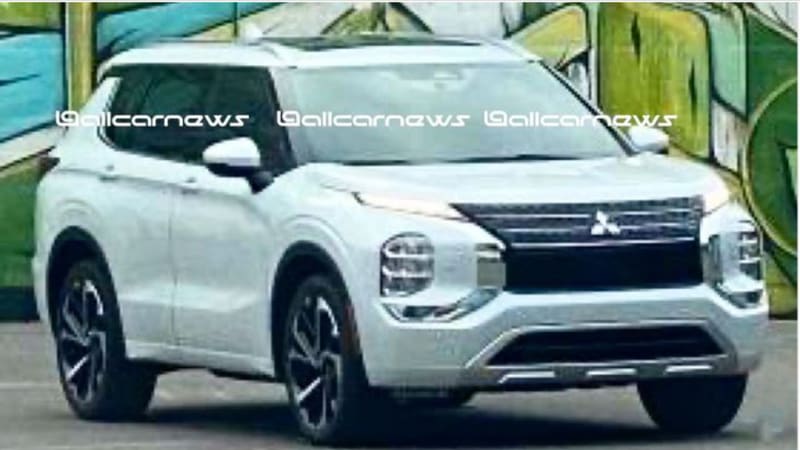 The 2022 Mitsubishi Outlander is making the rounds on social media this week after being spotted at a photo shoot, confirming a design we first saw in Geneva last year.

Mitsubishi’s new crossover was spotted staging for photos by an anonymous photographer, who snapped a few choice shots and shared them with allcarnews on Instagram. The quality of the photos is far from fantastic, but there’s enough detail to confirm that the new Outlander will be an almost direct lift of the Engelberg Tourer Concept which Mitsubishi showed in Geneva last year.

There’s also an obvious resemblance to the Outlander prototype caught in spy photos last year. The production model appears to retain the concept’s discrete roof panel (which makes it ideal for contrasting colors like those on the show car) and the chipmunk-cheek styling around the headlights.

The concept was ostensibly powered by a plug-in hybrid system (like the one found in the current Outlander PHEV, but with a 2.4-liter inline-4 engine rather than a 2.0-liter unit). Electric range was an estimated 43 miles, which also improves on the existing Outlander PHEV’s 22 miles.

The powertrain for non-hybrid Outlanders is more of a mystery. Reports from earlier this year suggest that the gasoline version could share powertrains with Nissan, which still owns a controlling stake in Mitsubishi. In exchange, Mitsubishi would supply its PHEV for the small Nissan Qashqai crossover, which is sold in the United States as the Rogue Sport. If that happens, and assuming Nissan brings it here, the Rogue Sport would be Nissan’s first PHEV in the U.S.