This year, amid all the pandemic news and lockdown notices, one important milestone was achieved: the Nurburgring 24-hour endurance race reached its 50th edition. Started way back in 1970, the grueling race has become an icon over time, an important landmark in any racing season and in the calendar of most racing teams. BMW has been a part of it since the beginning and even managed to celebrate the 50th edition with a win, a mirrored success as the first ever race was also won by a Bavarian car with a young, 19-year old Hans-Joachim Stuck behind the wheel.

Back then, the Green Hell didn’t even earn its nickname yet, being described as a ‘testing and experimentation’ circuit a long, long time ago. Even from the get go BMW and the Nordschleife had a very close relationship. Back in the 1960s a young star was rising in the shadow of his father, Hans Stuck. The senior had already risen to legendary status, having won countless races in the 1920s and 1930s. Following his success, his young son decided to try and show him off and boy, was he off to a good start in 1970. 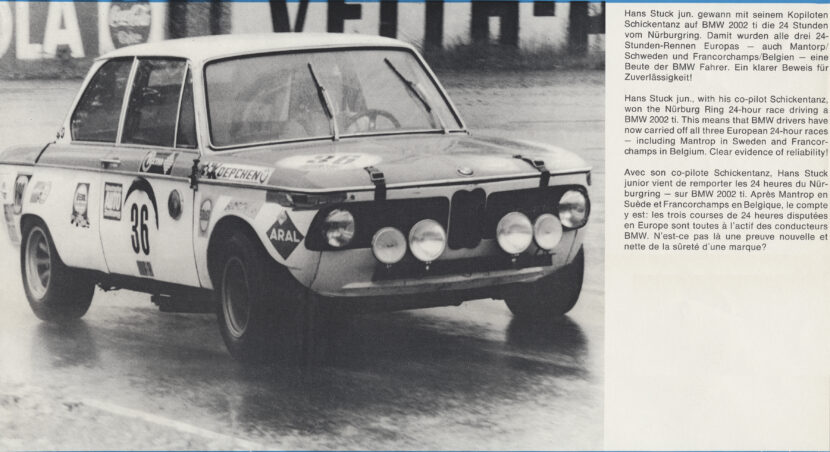 Stuck entered the maiden Nurburgring 24-hour race behind the wheel of a Koepchen BMW Tuning car. It was a BMW 2002 ti that was upgraded by the German tuner to be able to compete with the much more popular Alpina and Schnitzer rivals on the track. Koepchen was actually the official representative of BMW in different competitions, even before the BMW Motorsport division was established.

The cars prepared by the tuner recorded a number of victories in various other events but the true test of any racing car is an endurance race. Well, at the 1970 Nurburgring 24-hour race, Hans-Joachim Stuck was let loose on the track, behind the wheel of one such finely tuned Koepchen BMW 2002 ti and he wrote history. Not only did he and his teammate, Clemens Schickentanz win, but they did so by completing the 123 laps with an serious 2-lap lead. Mind you, these were Nurburgring laps, so about they were about 45 kilometers ahead. 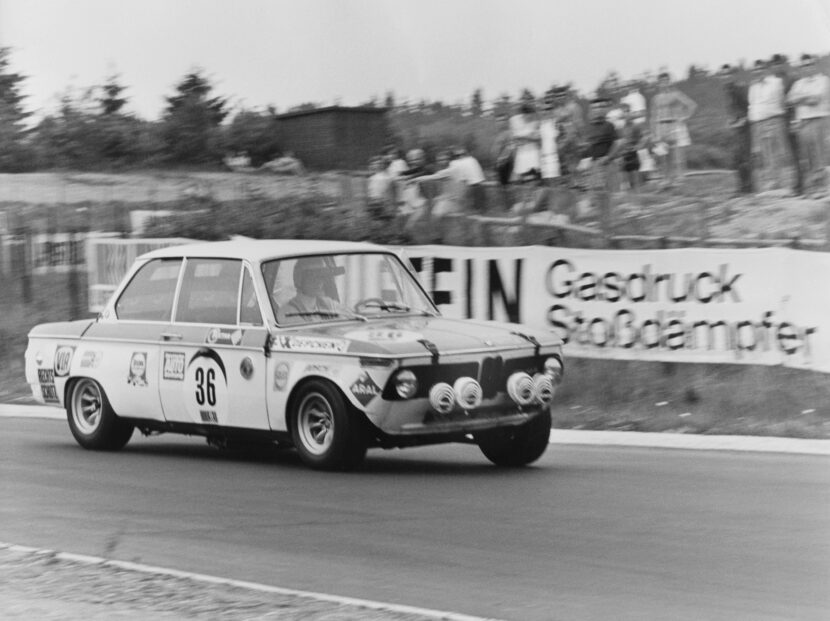 That wasn’t the only successful BMW in the maiden Nurburgring 24-hour race though. Records show that nine out of the top 10 cars in the race were BMWs but Stuck rose above all others with his skills and audacity. Following his initial success, Stuck continued to race for a variety of brands over time, from BMW to Porsche and Audi. He competed in Formula 1 as well, entered the BMW M1 Procar series, won the Le Mans 24-hour race twice (in ’86 and ’87) and the IMSA, Trans-Am and American LeMans series. 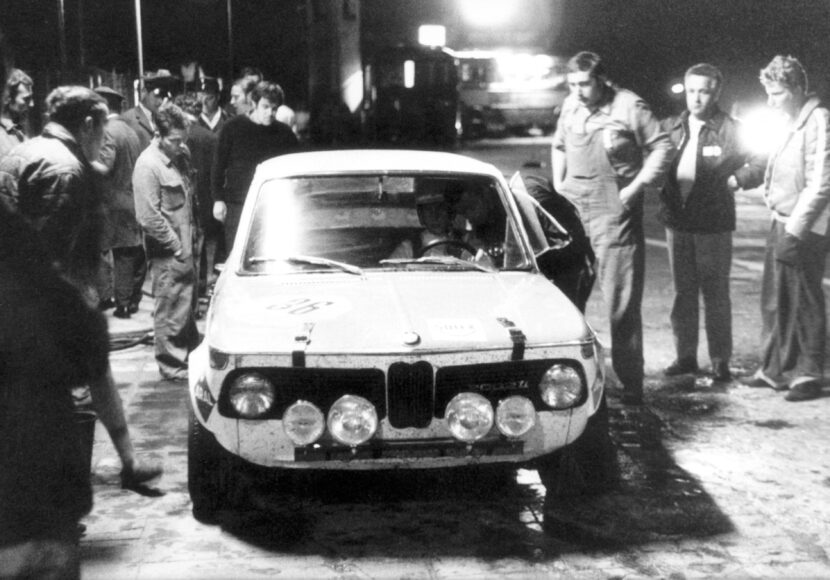 However, regardless how successful he was in other championships or on other tracks, his favorite track remained the Ring. He raced here a whopping 20 times more over time and won two more times, with historic performances. Back in 1998 he managed to win the race using a diesel car, a BMW 320d, which was also the only time a diesel managed to claim the overall victory in the iconic endurance race. The second historic win came in 2004 when he won with the BMW E46 GTR, the first ever M3 with a V8 engine.

Over the last 50 years, BMW won no less than 20 of the Nurburgring 24-hour endurance races. This performance turned the Bavarian manufacturer into the most successful car maker to race in the series. It was here where Hans-Joachim Stuck retired from competitive racing as well, back in 2011, after a 41-year career. According to him, it was a privilege to end things in the same spot where it all started back in 1970.