It’s only been a few short years since the Nissan Kicks was introduced, but Nissan has the tiny crossover’s first update ready to rock. The 2021 Nissan Kicks gets revised styling in front and back, some thoughtful interior changes and a number of tech improvements.

You’ll notice the new grille first, mostly because it’s so much bigger than before. Due to its size, Nissan has changed the name to “Double V-Motion,” as opposed to just “V-Motion.” Groundbreaking stuff. The grille does serve its purpose of making the little Kicks look bigger and more SUV-like, though. It’s complemented by redesigned LED headlights, LED foglights and a more aggressive bumper. Around back, Nissan gave it a full-width rear light with a new LED element. There’s a new bumper design with some fake-looking strakes poking down from the rear finisher, too. And Nissan introduced three new colors: Electric Blue Metallic (what you’re seeing in the photos, Scarlet Ember Tintcoat and Boulder Gray Pearl.

The Kicks is incrementally improved inside, gaining a proper center armrest (yay!) and a new standard 7-inch touchscreen — yes, even the base model comes with Apple CarPlay and Android Auto now. If you upgrade to the SV or SR trims, you get an 8-inch touchscreen. Nissan has also added a newly available USB-C outlet to those upper trims. In-car WiFi can be had, but it’s not standard. 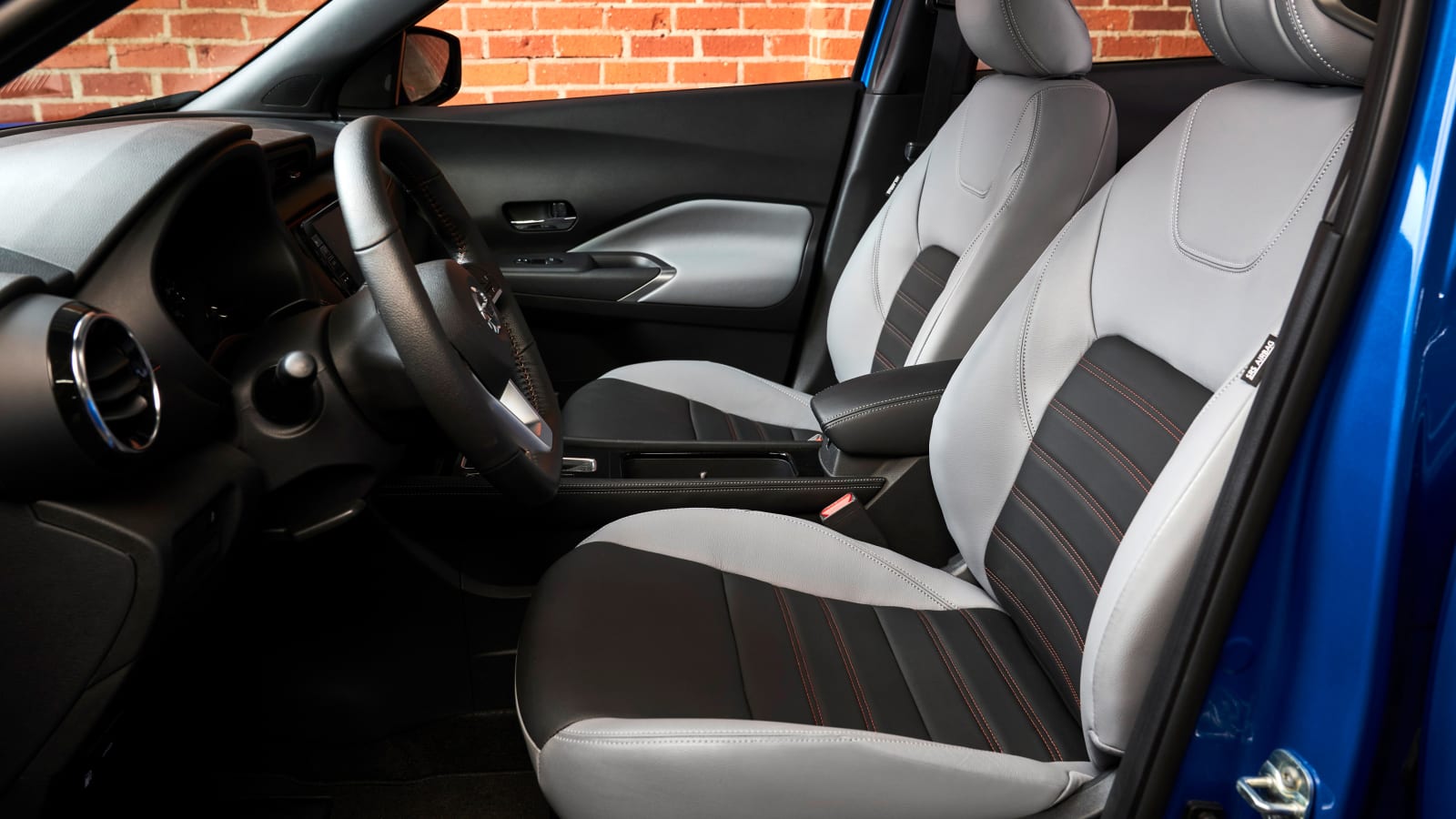 Interior quality is seeing a minor step up, as Nissan says it’s implemented better seat and door trim in SV and SR grades. The SR is especially stylish with a snazzy three-tone interior color design you can check out above.

There isn’t a whole lot doing mechanically with the 2021 Kicks. It’s still powered by the same 1.6-liter four-cylinder engine that makes 122 horsepower and 114 pound-feet of torque. Nissan’s CVT keeps the power on tap. New for 2021 are rear disc brakes for the SV and SR trims — Nissan previously used drums in back. And the crossover also gets a new electronic parking brake with an auto-hold function. The last new convenience feature added is adaptive cruise control, which also comes standard on SR and SV trims.

Pricing for the updated Kicks isn’t available yet. They’ll be hitting dealer lots in February next year.