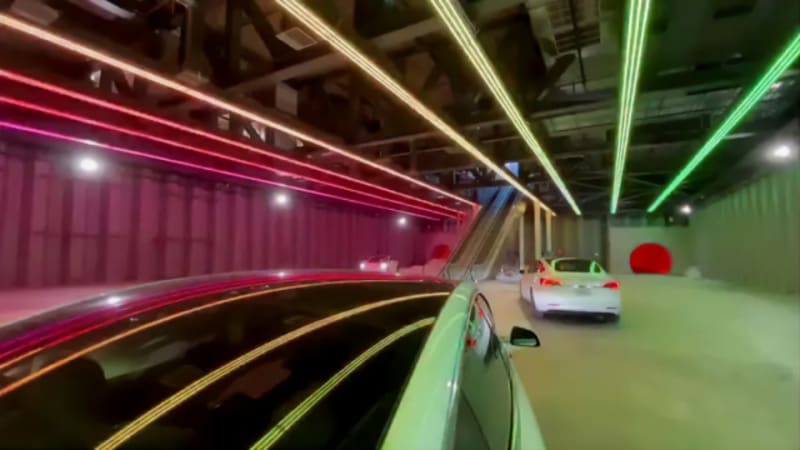 The Boring Company’s work in Las Vegas is starting to take shape. On Twitter, the company shared a short clip showing off one of the underground stations it’s building as part of the Las Vegas Convention Center (LVCC) loop. As you can see from the video, there’s still work to be done. There aren’t any markings or lines on the floor of the station, and the mood lighting is likely for show — though if it’s there to stay, it would be very on-brand for Vegas. Still, what’s on display is very close to the render Elon Musk shared in July.

The last time we got a major update from the Boring Company, it had completed excavating the first of two planned tunnels for the LVCC loop. In September, Musk said the first fully operational tunnel under the city was almost complete. The Boring Company and Las Vegas Convention and Visitors Authority (LVCVA) hope to complete the initial phase of the project by January 2021. The idea being that it would be open in time for CES 2021. At least that was the plan before the trade show went online only due to the pandemic.

With the LVCC’s $52.5 million price tag, the Boring Company has a lot to prove. Elon Musk claims tunnels filled with self-driving electric cars will be revolutionary, but a recent report by TechCrunch suggests the company may have oversold the reality of its vision.

This story by Igor Bonifacic originally appeared on Engadget.