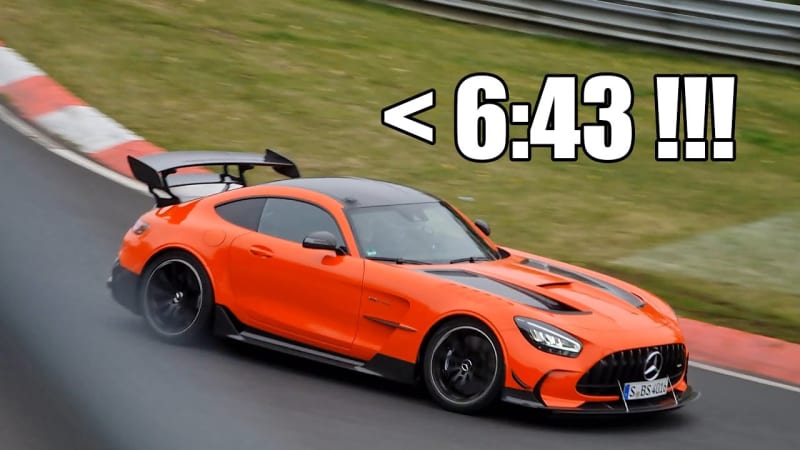 According to well-known YouTube Nürburgring-watcher Misha Charoudin, the Mercedes-AMG GT Black Series likely set a new production car record at the famous German race track. According to the channel’s calculations, the 720-horsepower AMG GT Black Series likely crossed the finish line with around 6:43 showing on the stopwatch. If that’s true it would be a new record, taking top billing away from the Lamborghini Aventador SVJ, which did the deed in 6:44.97. It also wouldn’t be a big surprise, since Mercedes was known to be honing the car at that exact track for years.

Instead of rehashing the great debate about the never-ending quest to set records at the Nürburgring Nordschleife, we’ll just recap a few highlights: Does it matter? Is it repeatable? Is it relevant to actual street performance? Do the mods that make it fast at the ‘Ring make it worse on the road? Now that those are out of the way, let’s add this unqualified statement: ‘Ring records are nothing if not impressive and newsworthy.

If Charoudin’s projected time is accurate — and he’s been on the mark in the past — we expect confirmation from Mercedes-AMG will be coming in short order. Probably with onboard video, and probably with much pomp and circumstance. We look forward to it.