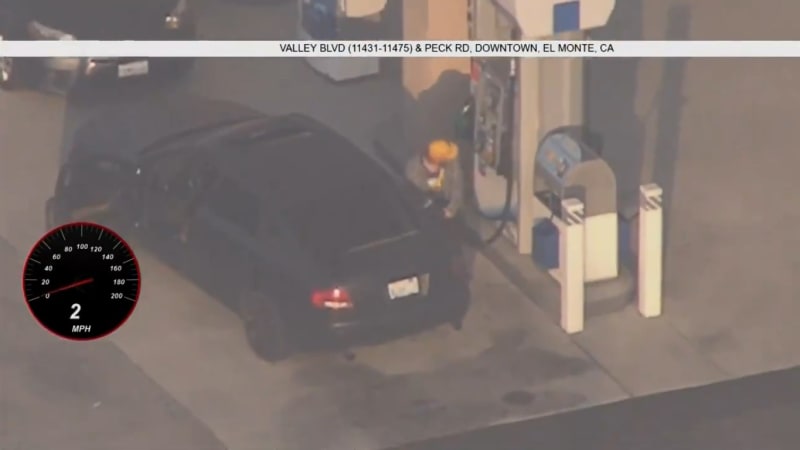 Broadly speaking, drivers running away from the police ditch their getaway car and continue on foot when they run out of gas. Los Angeles-area residents witnessed a rare exception to this rule when a man wanted in a theft pulled into a Chevron station and refueled while police officers were frantically searching for him.

News station NBC Los Angeles dispatched its chopper to follow the chase at about 5 p.m. Tuesday. The station said law enforcement officers were having a difficult time keeping up with the unidentified driver, and this head start gave him the confidence to pull into a gas station in El Monte. He had time to step out of his car, run inside to pay the cashier, and pump gas before speeding off. He even received the cash discount, according to NBC.

WATCH LIVE: Only in LA. The driver in a police pursuit manages to stop at a gas station and fill up, apparently getting the cash discount, too. https://t.co/gpe5mIcgXd pic.twitter.com/wsNb00JIQG

“He’s got plenty of time; so far, there are no officers approaching. No units there yet. We’re hoping that the [California Highway Patrol] is aware of the locator here,” the news anchor reported on live television.

With a full tank, the driver continued his getaway by traveling through several cities on the outskirts of Los Angeles, and later merging onto the 10 and 60 freeways. He disappeared after driving into a parking garage at approximately 6:25 p.m. Whether he was ultimately caught is unclear.

What’s nearly certain is that this man isn’t about to give up gasoline in favor of an electric car, which takes much longer to charge, anytime soon.