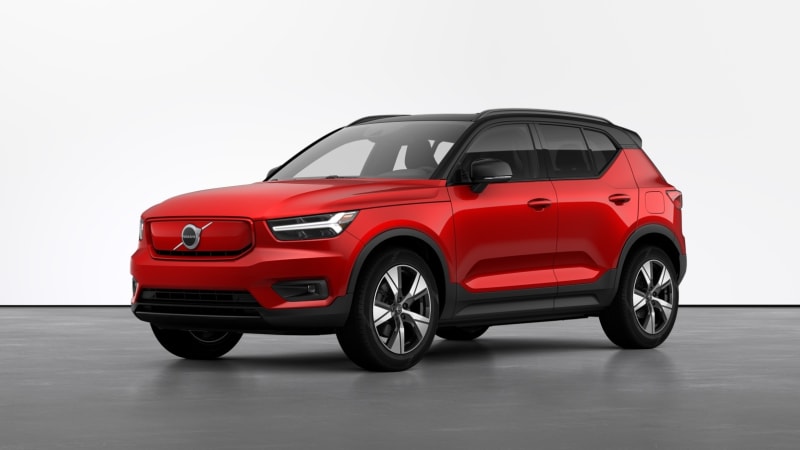 The final piece of the puzzle for the 2021 Volvo XC40 Recharge is falling into place today, two weeks after official EPA range information became available. Volvo just announced pricing, and it’s going to start at $54,985, including the $995 destination charge. Of course, buyers can also expect to take advantage of the $7,500 federal tax credit (and other state credits) with their XC40 Recharge purchase. That makes the total dent in the wallet $47,485 for a base crossover, or even cheaper depending on what state you live in.

There isn’t a long list of available packages and options, but Volvo detailed a few of them for us. The most expensive is the Advanced Package that adds Volvo’s Pilot Assist driver assistance system, a 360-degree camera, wireless phone charging, a 12-volt outlet in the luggage area and a headlight cleaning system for $1,300. The Climate Package adds a heated steering wheel, heated rear seats and heated wiper blades for $750. And the last important option we’ll point out is a heat pump for $350. Volvo says the heat pump can precondition the cabin’s temperature and extend battery range, so it feels like a no-brainer for such a cheap price.

Compared to the XC40 Recharge’s direct competition, the crossover is priced in the same ballpark. A Tesla Model Y Long Range is $49,990. The base Ford Mustang Mach-E with all-wheel drive starts at $46,695. Neither the Ford nor the Tesla are perfect comparisons, though. The XC40 is both smaller and more premium than both of those options. We’ll note that it’s not a huge stretch to go from the XC40 Recharge to the Polestar 2 that begins at $61,200, a $6,215 climb above the base XC40 Recharge.

Volvo also announced that it’s beginning a collaboration with ChargePoint as the official charging network for the XC40 Recharge. That will give owners approximately 115,000 places to charge their electric crossover, though Volvo is light on the details for now. We asked, and Volvo said that an announcement about charging software integration is coming soon. Don’t expect free charging to be part of the deal though, as Volvo tells us that’s not part of the company’s “immediate plans.”

The partnership will allow owners to purchase a ChargePoint Home Flex charger for their home at the time of their XC40 purchase, but we don’t have pricing on this option yet.

You can place an order for the electric crossover on Volvo’s website now. The build and price tool is up, so you can customize it to your heart’s content.