Rolling off assembly lines in more or less the same form for 65 years, the original Volkswagen Type 1 Beetle holds the record for longest continuous production of any car. Since different designs under the same model name don’t count when considering longest-production-run records (sorry, Suburban), only the Morris Oxford/Hindustan Motors Ambassador (56 years or maybe more, depending on which Oxford model you think counts as the Amby’s true UK-market counterpart), Citroën 2CV (42 years), and BMC Mini (41 years) came closest to threatening the original air-cooled Beetle’s manufacturing longevity. If you accept the Iranian-built SAIPA 132 as a 1987 Ford Festiva — and you should — then the Festiva/132 holds the current longest-production title, knocking the VW Passat/Santana off its perch after Chinese manufacture ceased in 2012. The pinnacle of the Type 1‘s sales success in the United States came in the 1968 through 1970 model years, when it remained among the very cheapest new motor vehicles available here and had little competition from Japanese carmakers. Here’s one of those 1,124,176 cars, found in a Denver-area yard a couple of months back. 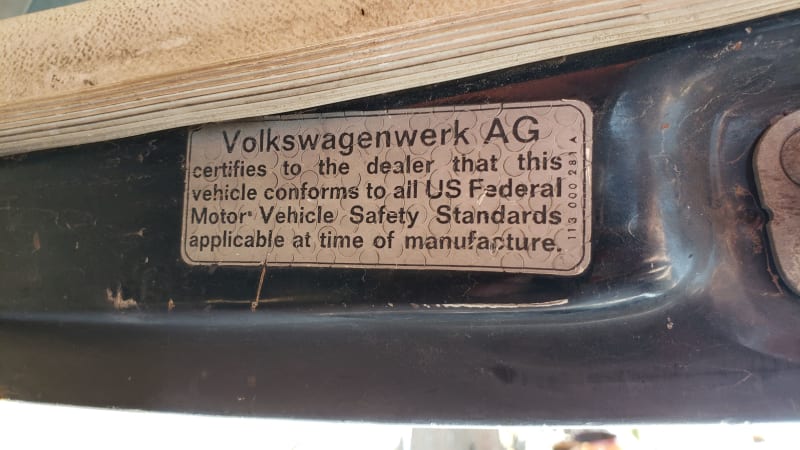 The original Beetle remained available new in the United States all the way through 1979 (as a convertible only for its last two years), but American car shoppers became increasingly less willing to choose an underpowered 1930s design with a laughably ineffective heater as the 1970s went on, and the cost of making the Type 1 conform to federal emission-control and crash-safety standards pushed its price tag up. By 1972, the very modern Fiat 128 and indestructible Toyota Corolla each cost about the same as a Beetle (and less than the McPherson-strut-equipped Super Beetle) and drove like, you know, real cars. 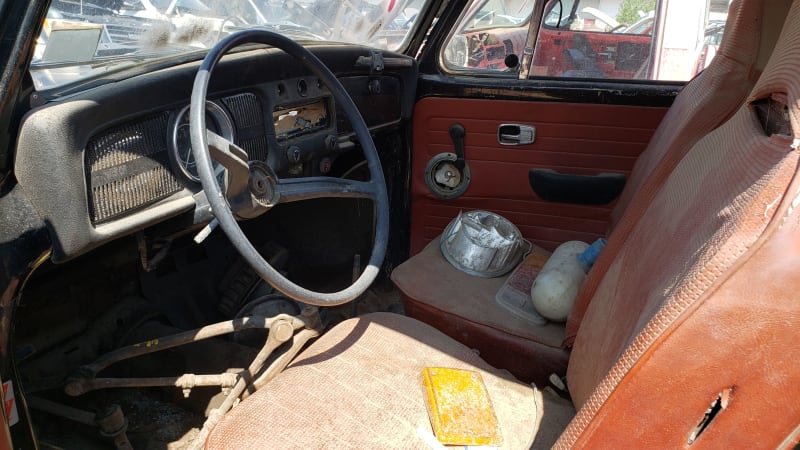 In 1969 North America, though, the Beetle was a steal. Priced at an astonishing $1,799 (about $13,150 in 2020 dollars), only the Fiat 850 sedan ($1,466), Renault 10 ($1,775), Toyota Corolla ($1,816), and Austin America ($1,845) competed with the Beetle in the rock-bottom price department. Of those, the British, French, and Italian selections came with scary and well-known reliability issues and the first-generation Corolla was virtually unknown here at that time (we’re not going to include the hilariously terrible Subaru 360 as a Beetle competitor, despite its $1,297 price tag, because it made even the barely-qualifies-as-a-car Fiat 850 seem sensible). If you wanted a proper Detroit car, the $1,995 Ford Maverick, $1,998 AMC Rambler, and $2,094 Plymouth Valiant set you back significantly more than the Beetle. The 1969 Datsun 510 cost just $1,896 that year, by the way, so you time-travelers should keep that in mind if you’re only bringing a couple grand in 1969-legal currency back with you. 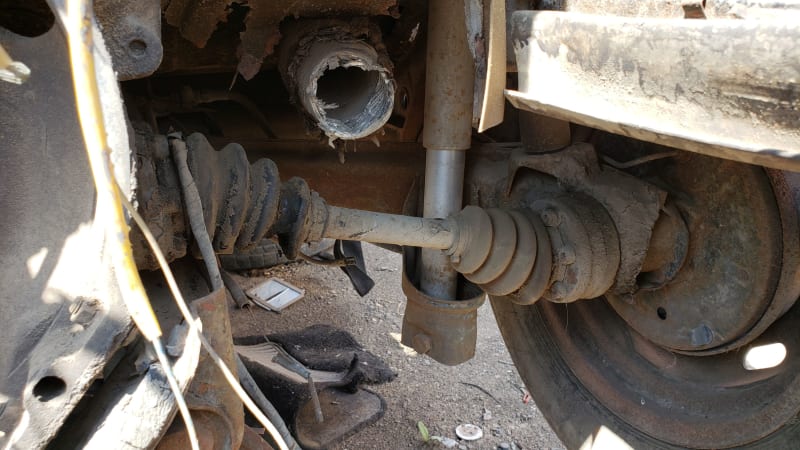 Volkswagen had made a few nods in the direction of engineering modernity by the late 1960s. The rollover-enhancing swingaxle rear suspension became a true independent rear starting in 1967, for example. See that vent connector at the top of the photograph? That’s where the exhaust-heated(!) air for the so-called heater went into the cabin. 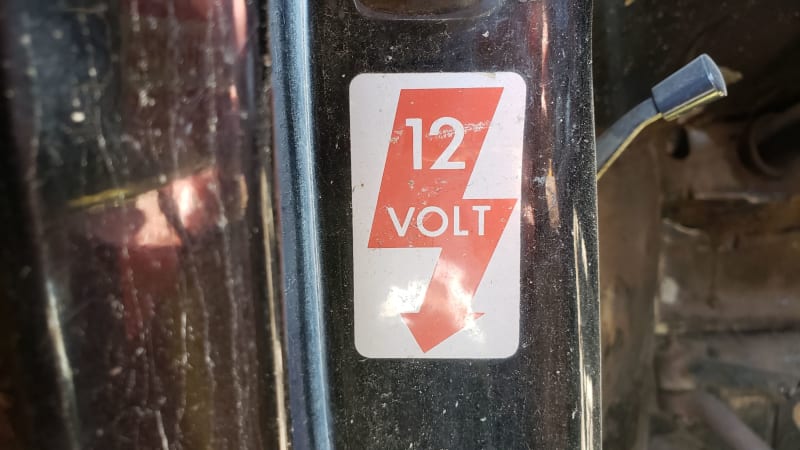 The Detroit automotive universe had ditched 6-volt electrical systems way back in the middle 1950s, but VW stuck with the preferred voltage for dim, yellow headlights and weak-cranking starters all the way through 1966. This meant that 12-volt cars needed warning stickers for anyone planning to do a jump-start. These cars still had generators instead of the more efficient alternators used in just about all American cars by 1969, but what do you want for $1,799? 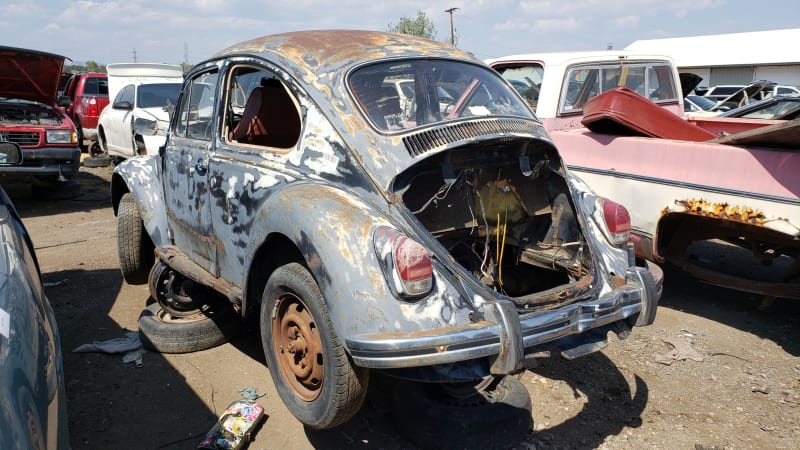 Still, as antiquated and crude as it was, the 1969 Beetle did a great job as reliable basic transportation and was a great value for its tiny price tag. It could maintain highway speed all day long, tolerated abuse and neglect well, got decent fuel economy for its time, and could be repaired by amateur mechanics using dirt-cheap parts. If you were willing to spend a few bucks on aftermarket hop-up equipment, you could make your Beetle keep up with the hairiest Michigan muscle, too. 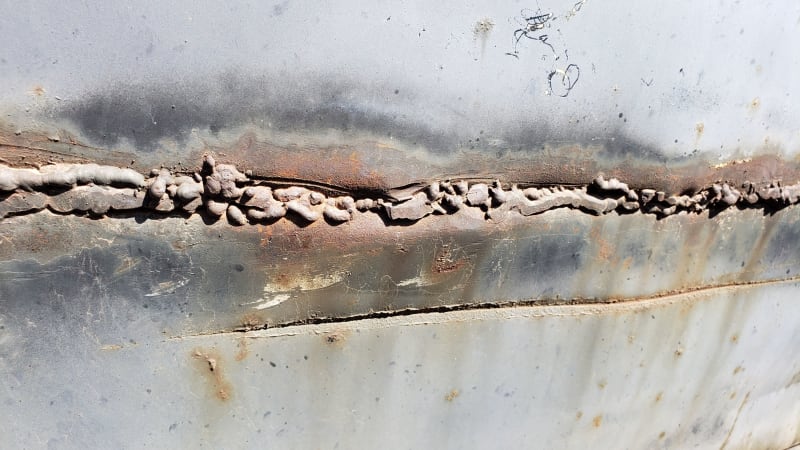 Corrosion took a big toll of all air-cooled Volkswagens, although this crude repair appears to have been more about fixing crash damage than rust. 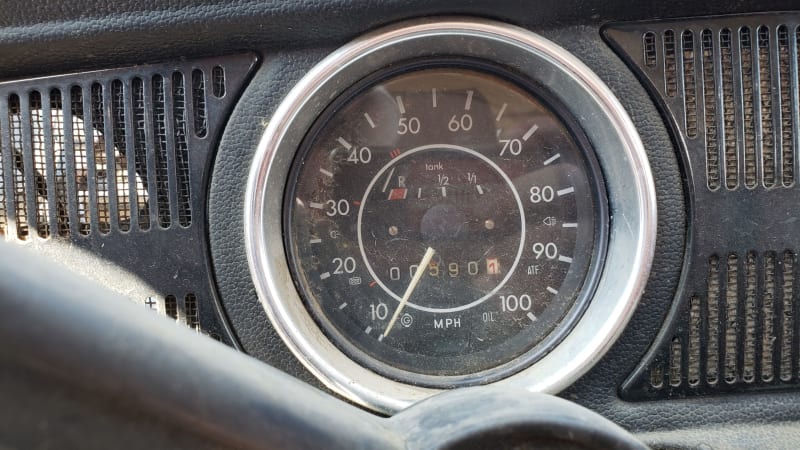 100,590 miles? 500,590 miles? We’ll never know with this five-digit odometer. Putting all the gauges and idiot lights in one unit saved some Deutschmarks, helping keep the sticker price low. 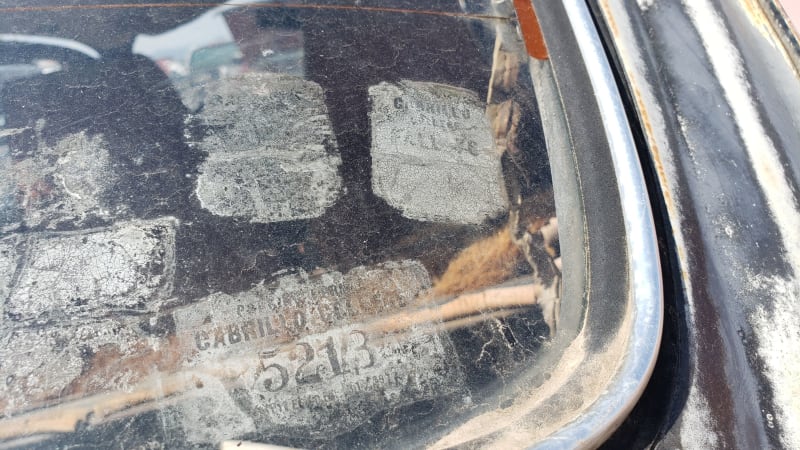 The mid-1970s parking permits for Cabrillo College show that this car spent at least part of its youth in the region around Santa Cruz, California. You don’t really need a good heater in your car there, although such is not the case in this Bug’s final state of residence. 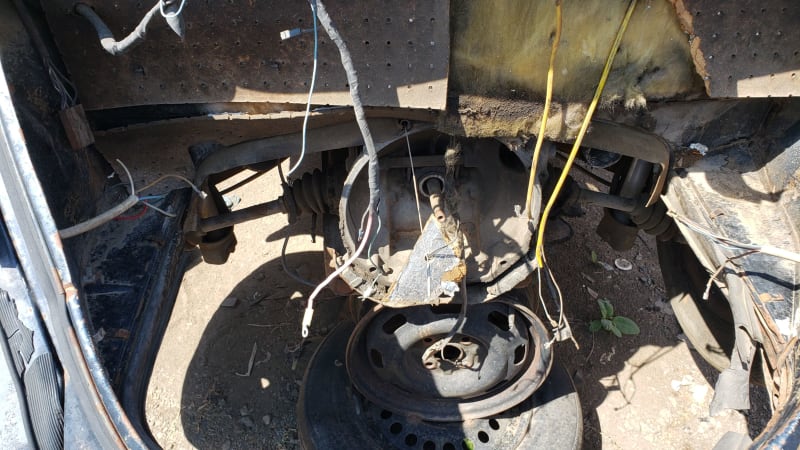 I still find quite a few air-cooled VWs in junkyards these days (more Super Beetles than regular Beetles), and the engines often get grabbed right away. They’re easy to extract and don’t weigh much, so there’s not much standing between an air-cooled fanatic and a giant hoard of junkyard engines clogging up the garage floor.

Beetles had great advertising in this era.