The next photo gallery features the 2021 BMW 540i xDrive Sedan. The photos hail from Germany where BMW hosted the media launch of the refreshed 5 and 6 Series GT. Stylistically, the 2021 BMW 540i receives massive upgrades all around. The Sport Line, Luxury Line and M Sport trim variants all come with a new specific styling, to be easily differentiated in-between.

The most impressive one remains the M Sport version, which gets its inspiration straight from the same package available for the 7 Series LCI.When ordered with the M Sport Package, the 540i gets a thicker M Sport steering wheel, along with variable sport steering (tighter steering ratio and a little heavier steering). 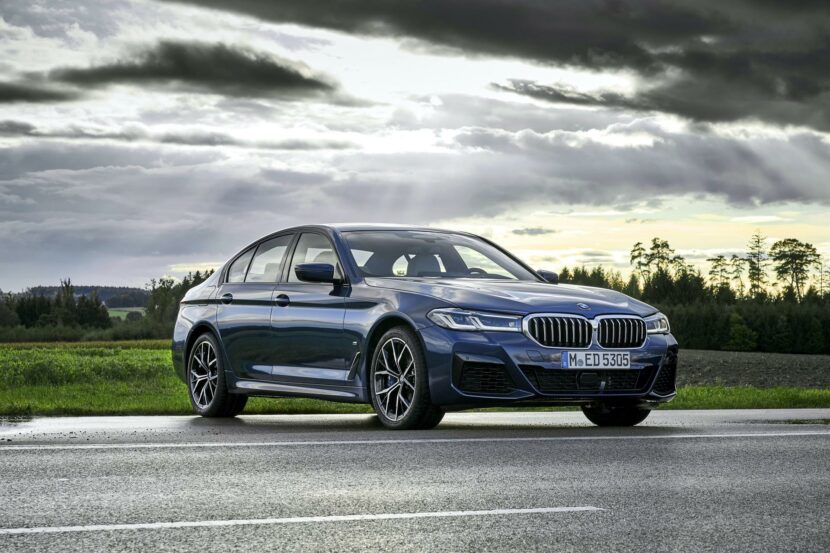 Furthermore, the new 5 Series introduces a host of new alloy wheel designs for the M Sport, Luxury Line and Sport Line equipment trim levels. It also gets you the new for 2021 “Aluminum Rhombicle Smoke Gray” interior trim (which looks a little bit like the M340i’s aluminum trim but with much less glare and a little darker in color) and an Anthracite headliner.

The interior also offers increased creature comforts – the Luxury Seating Package gets you ventilated and multi-contour seats, which are more akin to something you’d find in a 7 Series. There are also ventilated seats.

The new BMW 5 Series also premieres additional standard and BMW Individual exterior paint works, like the Bernina Gray Amber Effect, the Phytonic Blue metallic or the Individual shades of Aventurine Red and Tanzanite Blue. Another visual highlight of the refreshed 5 Series generation are the trapezoidal exhaust pipe finishers at the rear end, which are now standard on all versions. 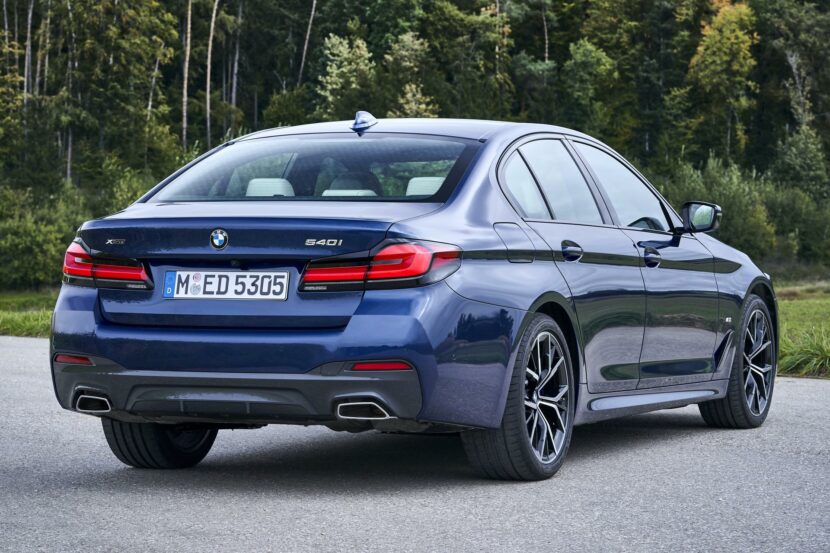 Another novelty brought by the new 5 Series are the BMW Individual Shadowline headlights, complementing the high-gloss Black Chrome exterior adornments. By choosing this package, customers can boost the visual appeal of their new 5 Series with darkened out inlays at the upper edges of the headlights.

A new addition to the 540i for 2021 is the much-talked about 48V “mild-hybrid” system. The idea behind this system is to use regenerative braking to power a 48V battery, which powers the lights, steering, and most interior amenities. This reduces parasitic loss on the engine, giving you more power and increased efficiency. Additionally, lag is reduced when the vehicle’s “auto-start/stop” feature kicks in. 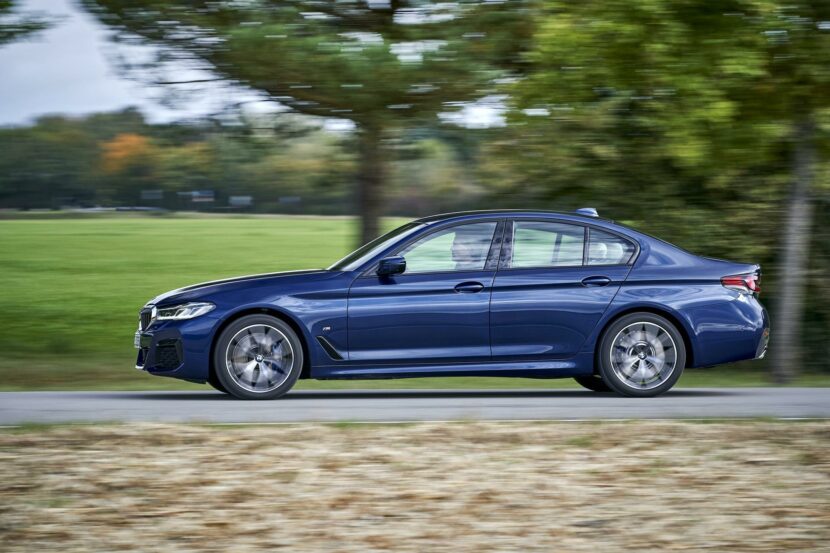 The 540i and 540i xDrive are equipped to the same level, with the differences between the two limited to the addition of the xDrive all-wheel-drive system. The extra traction offered by this system cuts the 540i xDrive’s 0-60 mph sprint time down to 4.6-seconds (the RWD 540i takes 4.9-seconds). The 335hp B58 single-turbo inline six remains unchanged in the facelift model.