From the first time we saw the BMW i3 in the ‘metal’, we knew its road ahead would be tricky. Let’s be honest: the i3 is not exactly a looker and when it comes to cars, that matters. Even so, the i3 makes up for its shortcomings with a lot of substance and a completely eco-friendly approach that you don’t really see in the segment.

Furthermore, its carbon fiber chassis is still unmatched in any car under $100,000. That’s probably why the i3 is still being sold in generous numbers, reaching the 200,000 milestone this week. This is quite a performance if we’re to take into account all the variables.

First of all, its looks aren’t exactly great but moving away from that, there are a lot of things hindering the popularity of the i3. The suicide doors at the back are not to everyone’s taste, the narrow and tall wheels as well, while the price tag could be seen by some as pretty high, considering the range.

Even so, this is a premium product, mind-you, and with certain Government incentives you can get a brand new EV from BMW with under 30,000 Euros. That’s quite something. 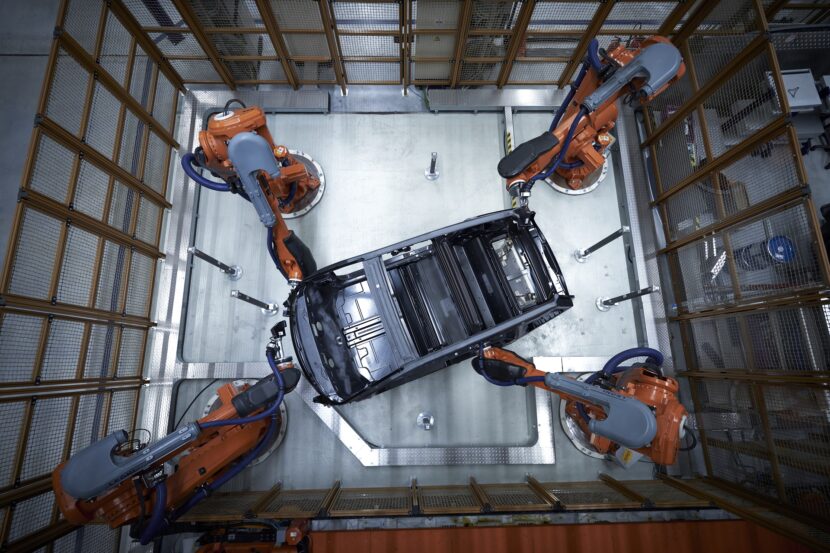 However, the most impressive fact about the i3 today is that it’s a 7-year old car and it shows no signs of dying down. The demand has all but decreased these days, going up by double digits in some countries. Normally, BMW would retire a car after such a long production span but the way the i3 was conceived from the get go allows it to carry on.

It did receive two battery updates over time and maybe, who knows, we might see another one in the future, as the fifth-generation batteries roll out.

As for the 200,000th model, it rolled off the production line in Leipzig yesterday and it was an i3S model, dressed in Fluid Black Metallic, with BMW i Blue accents all around. It will be heading to Saxony now, in Germany, and will be delivered by the Leipzig brand of the German car maker.