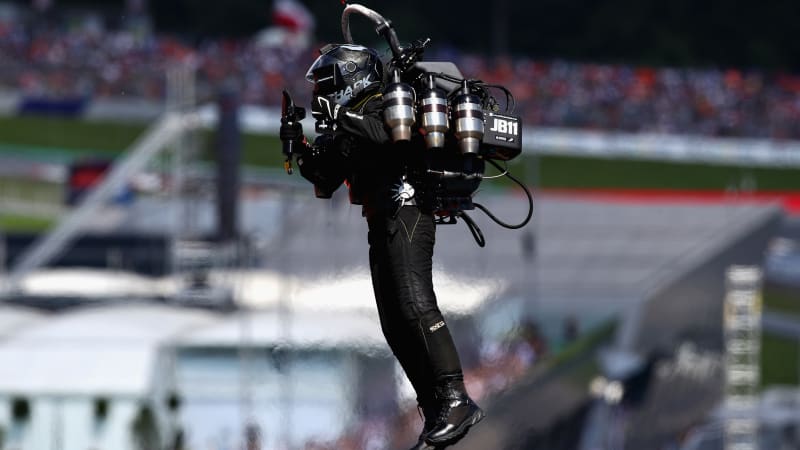 A man in a jetpack was seen, again, near LAX, this time sighted by a flight crew around 1:45 p.m. It’s the second time in six weeks that a rocketman (not the one pictured above) has been reported by airline crews near Los Angeles, the first one at the beginning of September at around 3,000 feet. In the latest sighting, the person with the jetpack was soaring “at an approximate altitude of 6,000 feet, about seven miles northwest of Los Angeles International Airport,” the Federal Aviation Administration said in a statement.

According to the local CBS News affiliate, the China Airlines pilot told air traffic control that he “saw a flying object like a flying suit that’s passing by us.”

The FBI is investigating the incident and has released the following statement:

“The FBI is in contact with the FAA and is investigating multiple reports of what, according to witnesses, appeared to be an individual in a jetpack near LAX, including one today reported by a China Airlines crew. Anyone with information should contact the FBI at 310-477-6565.”

Jetpacks that allow men and women to soar high above the clouds are obviously cool and impressive. Flying so close to an airliner is an incredible feat, but it’s also extremely dangerous to both the Tony Stark-raving-mad daredevil and the people inside the aircraft.

So far, there’s no word on whether this particular rocketman misses the earth so much, or his wife. We hear it’s lonely out in space, after all.