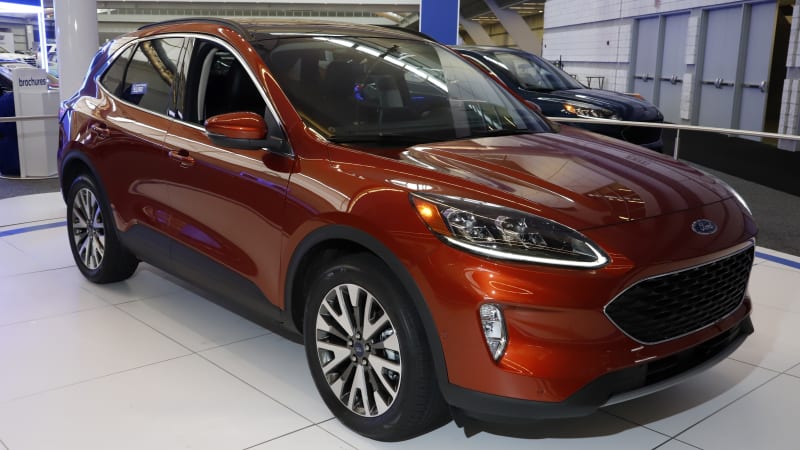 Ford said on Tuesday it was moving production of its plug-in Escape crossover to next year as it reviews its vehicles with the same engine and battery parts that were recalled in Europe over fire risk.

“We are moving full scale production of Escape PHEV to the 2021 model year. The first Escape PHEVs will be sold next year,” a company spokesman said in a statement.

The automaker said it recalled 20,500 Kuga PHEV vehicles in Europe last month and suspended their sale as it looks into potential concern with the high-voltage battery, which in certain cases could result in a fire.

“Because we share components with Kuga PHEV, including battery cells, we are moving production to next year, while we work with the battery cell supplier to resolve the issue affecting Kuga PHEV in Europe,” a company spokesman in Europe said.

Ford, which builds Escape vehicles at Louisville plant in Kentucky, had first planned their production last spring, but that was delayed to this summer as the COVID-19 pandemic forced the automaker to shut factories.

The Kuga recall is the latest in a series of safety actions regarding fire risks in new-energy vehicles. U.S. safety officials are reviewing reports of fires in the Chevy Bolt EV, and Hyundai has expanded a recall of the Kona EV.