Although both the new RDX and TLX have been on target, the fourth-generation MDX looks to be the most impressive yet of Acura’s redesigned lineup. It’s due on sale next year as a 2022 model, and yes a Type S is coming.

Camouflaged prototypes have already been spotted and Acura on Wednesday previewed the vehicle—inside and out—with an unmasked prototype.

The automaker has gone with evolutionary styling for the exterior, together with more sculpting for the surfaces that results in a muscular and dynamic appearance. The vehicle is also longer, wider and lower than the current MDX, with an extra three inches added to the wheelbase. 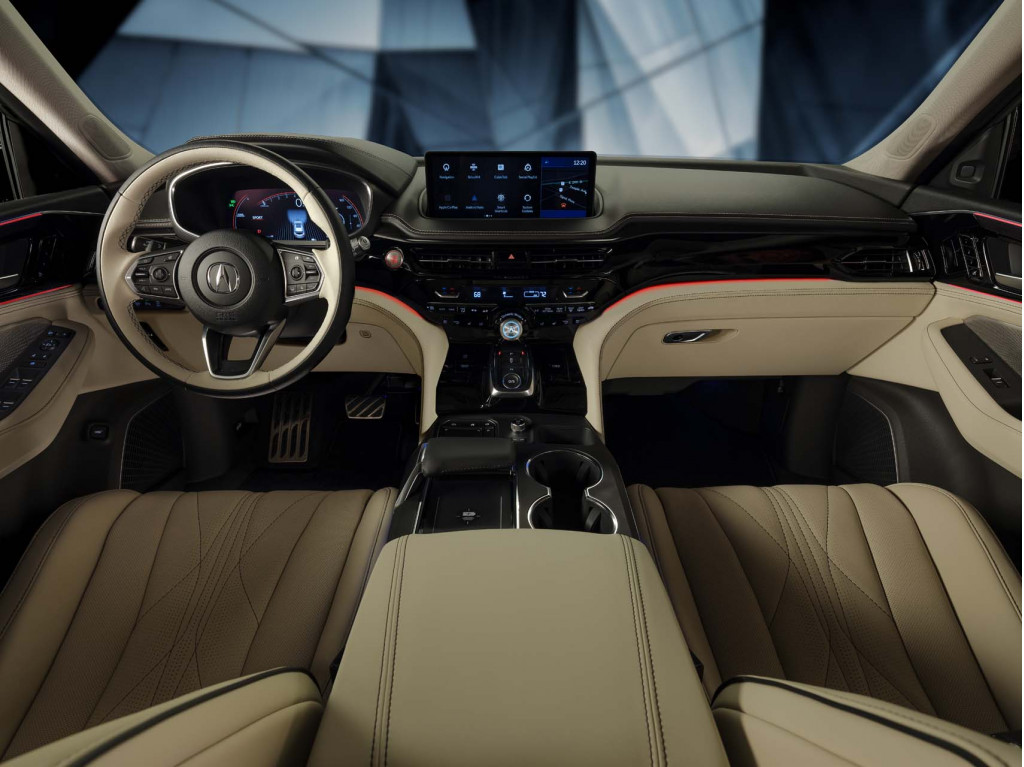 Inside, the new MDX takes design cues from the NSX and TLX. The dashboard features a horizontal theme with a start button on the center console, above which sits a button-based gear selector. A trackpad is also located here and controls the 12.3-inch infotainment screen perched atop the dashboard like a tablet. Next to this and in front of the driver is a digital instrument cluster which may end up an option on the production MDX.

With the RLX gone after 2020, the MDX is being repositioned as Acura’s luxury flagship. As a result, more premium details are coming to the SUV. We’re talking open-poor wood trim, polished aluminum, and plush Milano leather. The seats will also feature accent stitching and piping, with some offering 16-way adjustment and a massage function. A premium sound system with 25 speakers from ELS will also be available, Acura said. 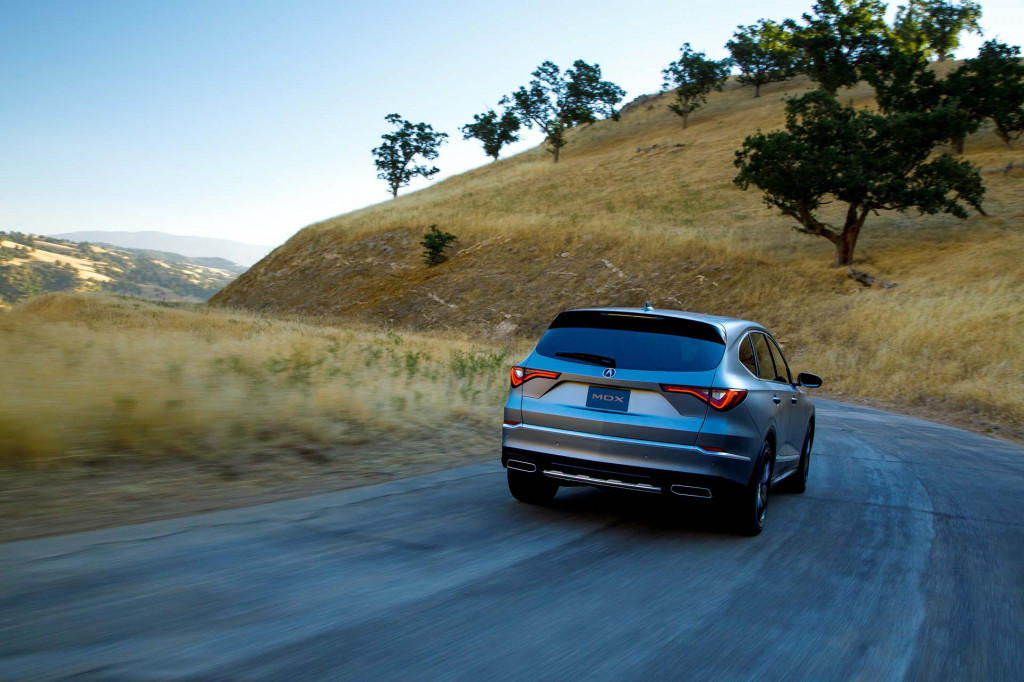 Acura will finally cater to performance fans, too, with the new MDX. The standard powertrain will be a 3.5-liter V-6 rated at about 290 horsepower. Above this will be Acura’s new 3.0-liter turbocharged V-6 in an MDX Type S. This model is estimated to pack 355 hp. A 10-speed automatic and torque-vectoring all-wheel drive will also feature on the Type S. Acura hasn’t confirmed it, but the all-wheel-drive system will likely be available on the regular MDX, with front-wheel drive standard.

Performance of the new MDX will also be boosted thanks to a new, more rigid platform with double wishbone front suspension (a first for the MDX). A drive mode selector will also enable the driver to customize various chassis settings like the steering and suspension, as well as some of the powertrain characteristics, Acura said.

Beyond the new MDX, we know Acura is working on a new compact sedan to replace the ILX. It should arrive in the next 12-24 months.