Few people would even think to take a Rolls-Royce anywhere near sand or dirt. A Rolls-Royce is supposed to be about luxury, opulence and even cleanliness. However, the Rolls-Royce Cullinan is a bit of a different breed. As completely superfluous and almost absurd as the Cullinan is, it’s a shockingly capable machine and one that’s surprisingly good to drive, especially off road. In this new video, along with a photo gallery, we get to see the Cullinan take to the desert and get flogged in deep sand.

This isn’t the first time we’ve see the Rolls-Royce Cullinan in the desert, as the Goodwood-based brand showed off its SUV’s capabilities during its initial press launch. We also saw Roadshow’s Emme Hall win the Rebelle Rally in a Cullinan, beating out upgraded genuine off-road vehicles, all while on winter tires. Admittedly, the latter was more of a testament to Hall’s and her co-driver’s capabilities but the Cullinan was certainly impressive. 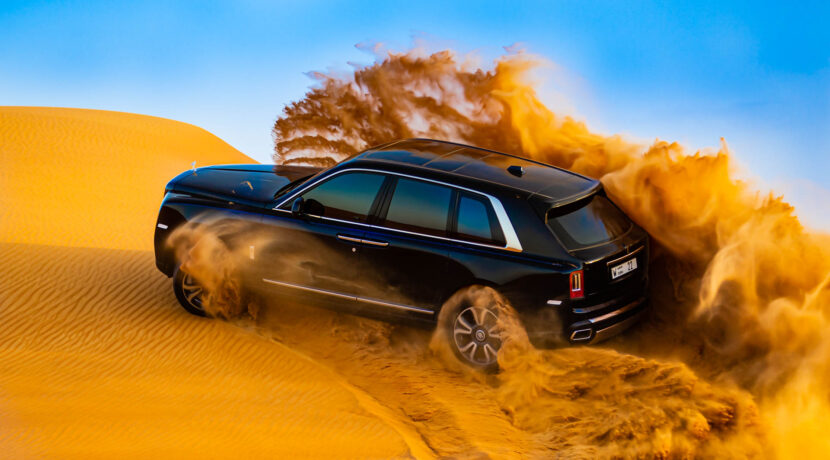 Still, despite knowing that the Cullinan is a surprisingly capable off-road machine, it’s always odd seeing such a big, overly opulent vehicle shooting four-wheel rooster tails of sand in the desert. What gives me a bit of a laugh is watching as the Cullinan spits sand from its massive wheels and tires in slow motion and seeing the double “R” weighted center cap stay perfectly upright the entire time. It just reminds you of how posh the Cullinan truly is, while it shoots sand rooster tails like a Dakar racer.

Also, rather ironically, this video shows off the illuminated Spirit of Ecstasy option, which has now been banned by the European Union for silly reasons. It’s still legal in Dubai, though. 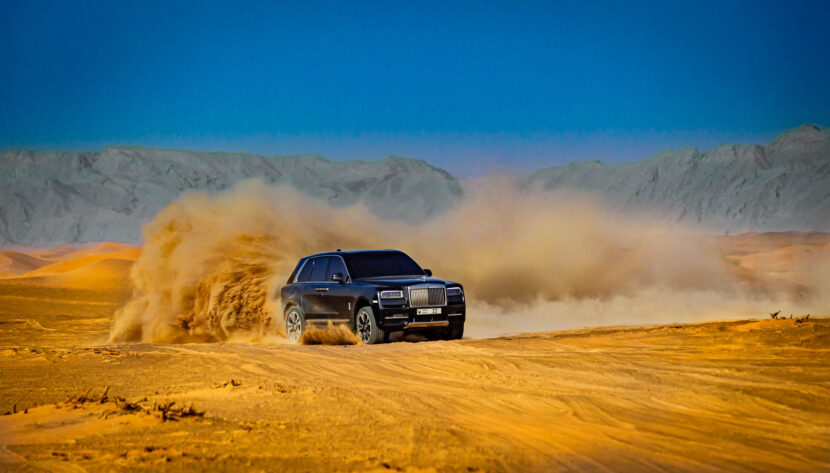 Is there a huge market for customers that want to off-road their Rolls-Royce Cullinan in the sand? Probably not, as rich people in the Middle East often turn to Toyota Land Cruisers for desert fun, due to their bulletproof reliability and rugged off-road capability. Having said that, it’s nice to know that if you’re in your Cullinan and you have to drive out to the desert for something, maybe some falconry emergency, you can do so without swapping vehicles.