Mercedes-Benz is planning on giving its future electric cars some noise. The good kind of noise, apparently. Some EVs sound like nothing, whereas others feature a manufactured sound being pumped through the speakers. In other cases, you might actually be listening to the true whir of the electric motors themselves. As for Mercedes’ upcoming family of EQ cars, you’ll be listening to what Mercedes sound engineers want you to hear.

Life won’t be entirely without variety, though. Mercedes announced today that driving an EQ model will be a “multi-sensory” experience, allowing folks to select between a range of soundscapes and feedback sounds. You’ll be able to change the interior sound via the MBUX infotainment system. Turning the sounds off will also be an available option. Mercedes starts to describe the sounds to us here, but it didn’t share any samples, and so we’re left with some questions.

As expected, the noises are played over the speaker and correspond to accelerator position, speed, energy recuperation and drive mode. When in Sport mode, expect the noises to be louder and more dynamic in nature. Mercedes also says over-the-air updates could lead to additional sounds being added in the future. None of the available sounds were described in detail, but with enough choice, you’ll likely be able to find something that suits the occasion. 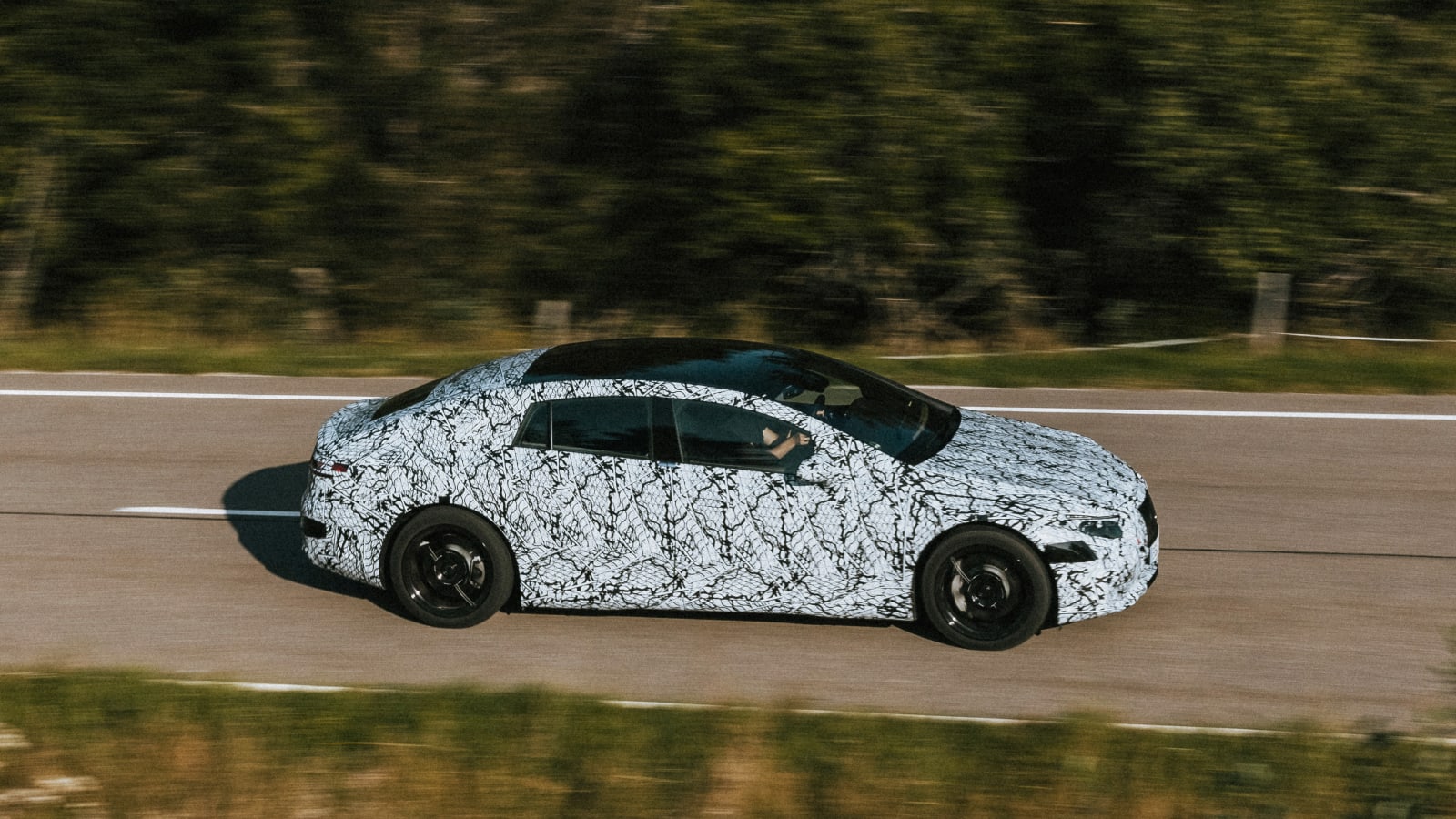 In addition to interior sounds, Mercedes is working on making the exterior sounds more interactive, too. You’ll get newly developed acoustic feedback when you plug in, and it’ll even indicate the charge state of the battery. This uses the exterior speaker that otherwise generates the quiet hum to alert pedestrians of the car’s presence.

Finding the correct sound for EVs is a task every electric car maker is dealing with. Audi just detailed its work to us last week as it concerns the E-Tron GT. Mercedes is looking to solve the same problem, but it appears as though electric Mercedes-Benz owners will be able to choose from more sound options.

In addition to the sound walkthrough by Mercedes today, we also got a gallery of images showing a cutaway EQC. It serves as an interesting way to see what’s going on under the skin of Mercedes’ electric crossover. LED lights placed inside the body highlight its inner workings. You can see all the photos in the gallery above.