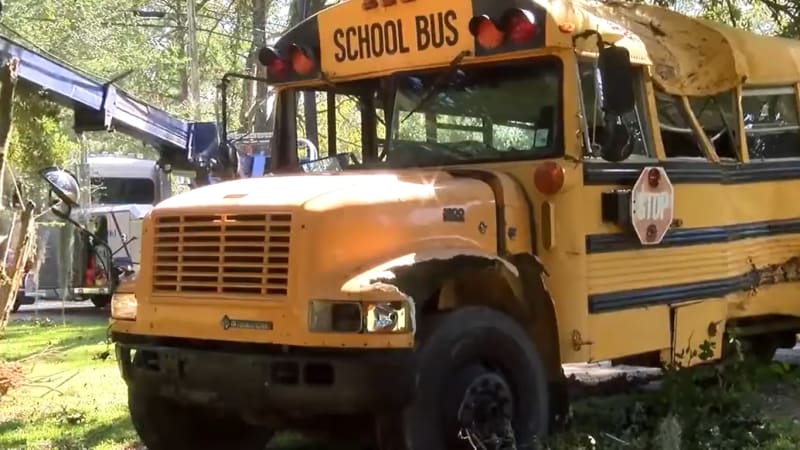 Law enforcement officials in Baton Rouge, Louisiana, are trying to figure out how and why an 11-year-old boy stole a school bus, led police on an extremely dangerous (and surprisingly long) chase, and ended up crashing into someone’s front yard. He was arrested on four charges, but shockingly no one was hurt during the incident.

According to police officers, the unnamed boy somehow got the keys to the bus (which is reportedly privately owned) and decided to take it on a Sunday morning joy ride. It’s likely fitted with a push-button ignition, a spokesperson for the Baton Rouge Police Department told news channel WAFB 9. It sounds like the bus was empty and not in service at the time, though details about the theft, the chase, and the accident are still emerging.

The boy’s erratic driving quickly caught the attention of police officers, but he refused to stop. News channel ABC 11 learned he hit a gas line and tried to ram into another vehicle as he led police on an unpredictable 13-mile chase across several parts of the city. It ended when he drove onto private property and struck a tree.

“Thank goodness he was OK and he was safe, but it was not your typical Sunday afternoon occurrence for sure. So, we’re blessed that it didn’t do any more damage than it did,” said Libby Smith, the owner of the property the bus crashed into, in an interview with CBS 17.

Raw video footage published by news channel CBS 17 shows a badly damaged International 3800 school bus being hauled away from the scene of a crash. As for the boy, he was handcuffed and charged with theft of a motor vehicle, aggravated flight, three counts of aggravated damage to property, and aggravated assault.