Getting to your flight on time can be stressful but Mercedes-Benz and automotive supplier Bosch are looking to take some of the presssure off by eliminating the need to find a parking spot at the airport’s garage.

The two companies in 2017 first demonstarted an automated valet system, and in 2019 they received the green light to install the system in public parking garages. Now, they’ve teamed up with airport parking management company Apcoa to install one of the systems at the main airport in Mercedes’ hometown of Stuttgart, Germany.

You simply drive to a designated drop-off point at the entrance of the car park, hop out and then use a smartphone app to send the car to an assigned parking space. The system relies on Bosch-developed sensors and cameras fitted to both the parking garage and in Mercedes’ latest cars, demonstrated here with the new 2021 S-Class. Later, the car returns to the drop-off point in the same fashion.

Because no doors need to be opened, the cars could potentially be parked much closer to one another. Mercedes said 20% more cars could be fitted in a parking garage if they were parked closer. 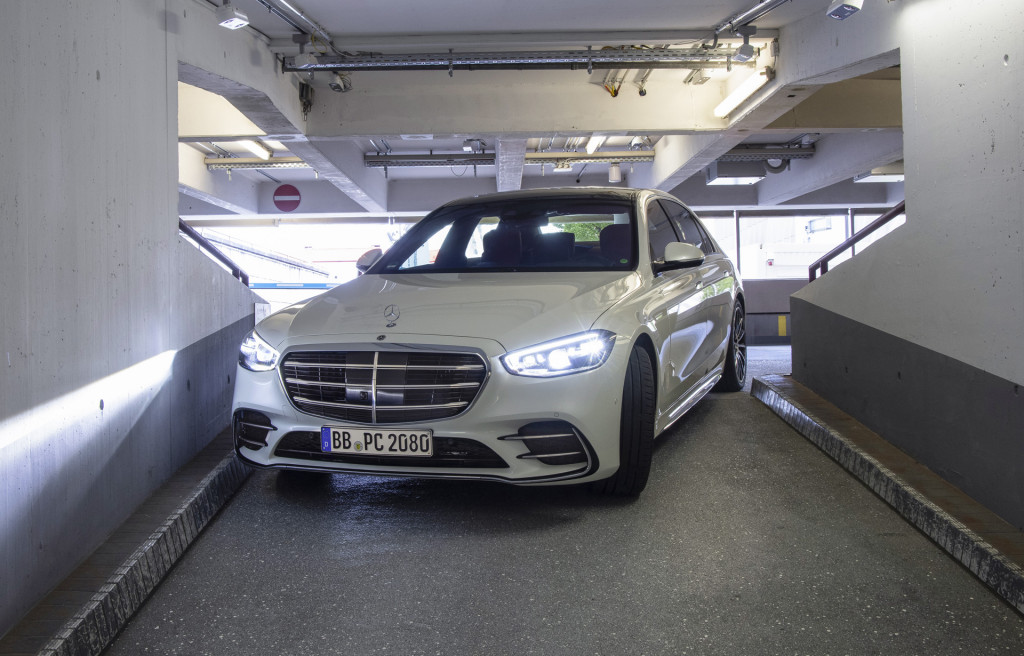 Mercedes and Bosch have worked closely with Apcoa to integrate their own system with the parking management company’s reservation and payment system, making things even easier for future users of the system.

Tesla has launched a more basic system known as Summon that can retreive a car. It relies on the car’s own cameras and sensors, though as we’ve seen Summon is far from perfect. Tesla owners are also required to be close by and in line-of-sight of the vehicle at all times. 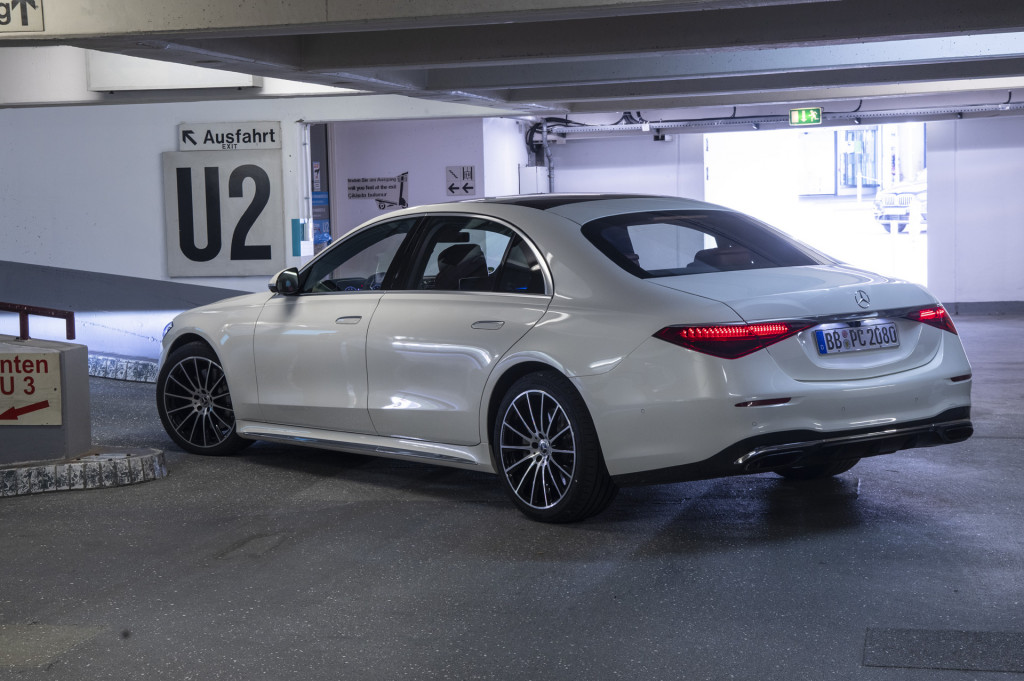 Mercedes and Bosch’s system ranks at Level 4 on the SAE scale of self-driving capability, as no driver is required though there are tight limits on where the car can handle itself. Nevertheless, the automated valet is just one of the key steps on the road to fully self-driving cars.

Right now Mercedes and Bosch’s automated valet is still on trial, but pending the success of the trial the system will soon be made commercially available. Apcoa is keen to expand the system to more of its garages. The company manages approximately 1.5 million individual spots at 9,500 garages spread over 13 European countries. No word if there are plans for a similar system to be tested in the United States anytime soon.