When Lamborghini unveiled the Urraco at the Turin Motor Show in late October 1970, it immediately stood out not just for its bold styling but for its innovative engineering solutions. This month, Lamborghini celebrates the 50th anniversary of the Urraco’s debut.

At a time when Lamborghini was basking in adulation for its groundbreaking Miura, the Urraco was presented as a slightly more egalitarian entry to the Italian automaker’s showroom of exotic sports cars, a competitor for the Ferrari Dino. Notably, it was the first production Lambo that was powered by a V8 rather than a V12 engine.

In usual Lamborghini fashion, the Urraco name refers to bullfighting; urraco is a small breed of fighting bulls. Although the 2+2 GT was unveiled in 1970, the Urraco was not brought to production until 1973.

The Urraco came to fruition through the efforts of engineer Paolo Stanzani, Lamborghini’s chief technical officer, who applied his creative knowhow to making the new model a bold statement. The small V8 engine was an engineering tour de force. 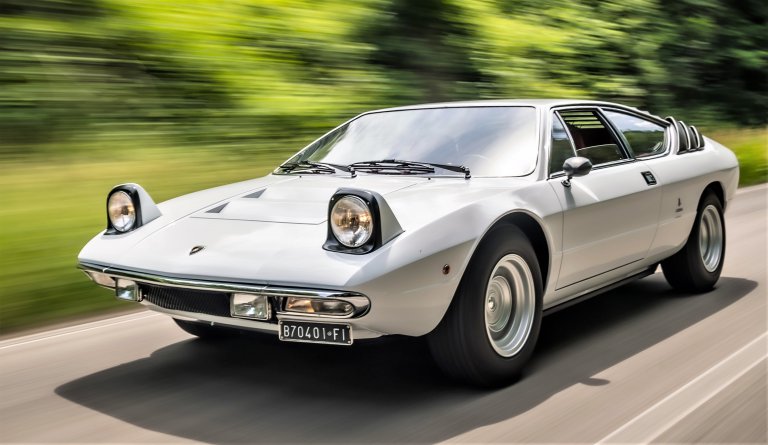 “Initially presented with the 2.5-liter V8 delivering 220 hp at 7800 rpm and top speed of 245 kph (152 mph), the Urraco featured the double novelty of an 8-cylinder engine and distribution with a single overhead camshaft per bank,” according to a Lamborghini news release. “The technical refinement was completed by the use of a ‘Heron chamber’ engine head with flat inner part and the combustion chamber contained in a depression in the top of the piston.

“This solution combination made it possible to use a higher compression ratio without increasing the costs. Another novelty for Lamborghini was the four Weber double-body 40 IDF1 type carburetors.”

The designer of the Urraco was the acclaimed Marcello Gandini, who created the groundbreaking Miura and would go on to pen such Lamborghinis as the startling and revolutionary Countach. When he styled the Urraco, Gandini was principal designer for Carrozzeria Bertone.

Factory production of the Urraco was less hands-on than for other Lamborghinis, with more of an assembly-line process to keep costs down. This came at the express wish of Ferruccio Lamborghini, who wanted to expand production and offer a thoroughbred touring car at a lower price point than the existing models. 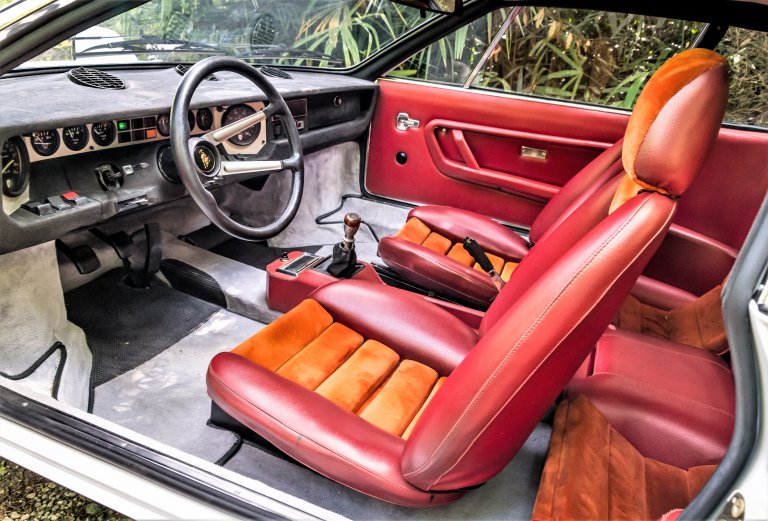 There were only 795 built in all three versions, with disappointing sales results blamed on its still-lofty price as well as the 1973 Mideast oil crisis, which dropped the bottom out of the performance-car market.

However, Lamborghini says, the Urraco was an important step forward by the company in widening its range of offerings.

“The concept successfully tested and brought to market by the Urraco led to the subsequent 8-cylinder models and the more recent 10-cylinder models, such as the Gallardo and the current Huracán,” the release says.

This article, written by Bob Golfen, was originally published on ClassicCars.com, an editorial partner of Motor Authority.