This black Subaru WRX STI is going to be the next fireball of a racecar to be featured in Hoonigan’s Gymkhana video series. It’s billed as the “wildest WRX STI ever” by Subaru, and we’re not going to argue with that claim. Just look at it.

The raw carbon body looks like an actual cheese grater. You could throw a whole chicken at the front fender as it drives by and end up with shredded BBQ. Its hood-exit flame-spitting exhaust will even give the bird a nice char as it passes over the front of the car. And no, we can’t see any flames in the photos here, but Subaru promises that it does produce fire. The wacky aero was apparently developed in a wind tunnel. And if you haven’t guessed by now, this car was designed with zero restrictions for anything. It’s not competing in any competition, so everything was optimized for the best possible performance.

It’s packing a custom-made boxer engine, but Subaru isn’t providing any numbers for us yet. We can guarantee that it’s making bonkers power, through, as the extra smoky photos would suggest. The car also has a long travel suspension and “race-ready interior.” 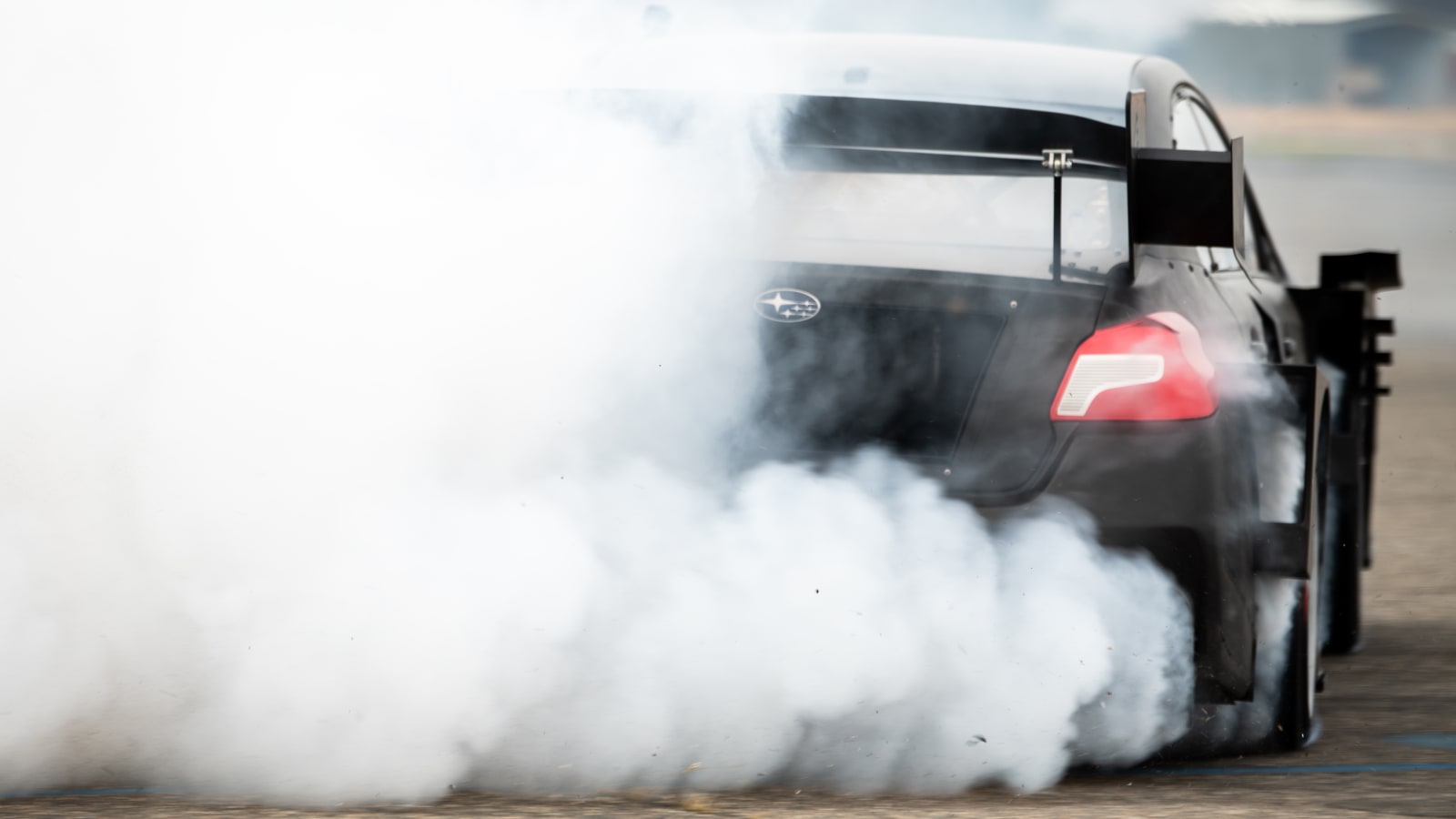 Travis Pastrana will be behind the wheel in this 2020 Gymkhana series that is promised to be even bigger and better than the Gymkhana videos before it. Pastrana’s history of rally and rallycross driving should help him provide the same level of entertainment that Ken Block provided in Subarus of the past.

“This STI is unbelievable!” Travis Pastrana, said. “We’ve never had the opportunity to do this before, to build a car with no restrictions. Engine, suspension, aero — everything is unlimited, clean sheet. It’s crazy fast, easy to control and get sideways and it was perfect out of the box in testing. Gymkhana is a new challenge for me but I want to raise the bar, and this is the car to do it.”

The car itself is a collaboration between Subaru and partner Vermont SportsCar. It did start as a production STI, but it looks nothing like it now. We’re hoping to learn more about the car soon — new Gymkhana videos can’t come soon enough.