On the outside, this Volkswagen Golf looks entirely unassuming. Aside from the wheels, there’s nothing to lead any onlookers to believe that this Golf is anything other than standard. Even with the new wheels, it just looks like a Golf with new wheels. Under the skin, though, it’s a very different machine.

Some madman (or madwoman, no discriminations here) decided to remove the four-cylinder, transverse engine that powered the Golf’s front wheels and replace it with a 4.0 liter BMW V8 (M60B40), which originally powered cars like the E34 BMW 540i and E23 BMW 740i. What makes that especially odd is that the BMW M60 engine is designed to be mounted longitudinally, which doesn’t quite work with front-wheel drive. So the Golf was converted to rear-wheel drive, to accommodate the big V8. 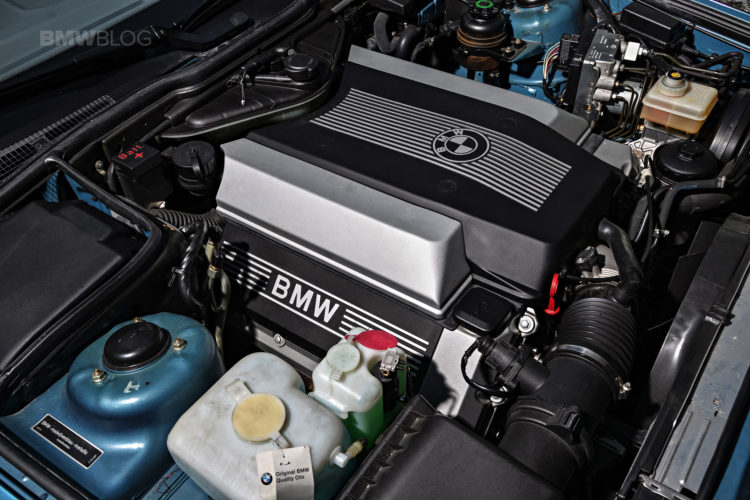 Considering the engine is rather old, it only makes around 282 horsepower, despite being a large V8. Still, that’s almost as much power as a brand-new Volkswagen Golf R, so it’s a ton of power for the size and weight of the Golf. Then throw in the fact that it’s rear-wheel drive, so it’s a bit of a tire-shredding monster.

It’s not just an engine swap, though. It gets the rear differential and rear axle from an E39 5 Series and a front axle from an E36 3 Series. It also sits on BC Racing Custom coilovers, which are actually pushrods at the rear. Snazzy stuff.

All of this is a car that looks like you’re typical, boring Volkswagen Golf. Awesome.