If you’re going to track any modern BMW, it’s the BMW M2 Competition you want. Not only is it the proper layout for a track day; front-engine, manual gearbox (potentially) and rear-wheel drive, but it’s the only current BMW M car that actually provides real-deal M car thrills. So, naturally, there are fans and owners that want to modify their M2 Comp for track use. This one looks like it means business.

But wait, that’s not all (in my best infomercial voice), there’s more. It also gets a carbon fiber lip spoiler as well as a massive carbon fiber wing spoiler. Can you say that this car is… spoiled. I’ll see myself out. 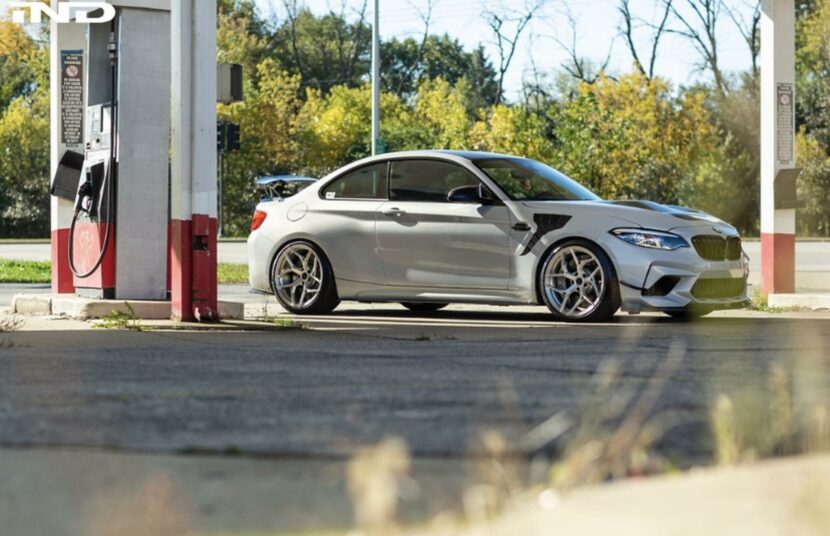 Rounding out the back is a carbon diffuser that envelops new exhaust pipes. New wheels and stickier tires provide the grip, while a lowered suspension provides the handling capabilities. So it should be a seriously capable track car.

The BMW M2 Competition is fun in its own right, with a balanced chassis, great steering and a very punchy engine. However, while the stock engine is indeed punchy, it pales in comparison to this tuned version. According to its dyno sheet, this BMW M2 Comp makes a massive 606 horsepower and 584 lb-ft of torque, up from the standard car’s relatively puny dyno-rated 401 horsepower and 423 lb-ft. The standard car can be a bit tail-happy, as it’s a bit too powerful for its own good, so this one could be interesting.

So while the standard M2 Comp is a great car to drive on track, this one could be even more fun, thanks to its immense grip and power.