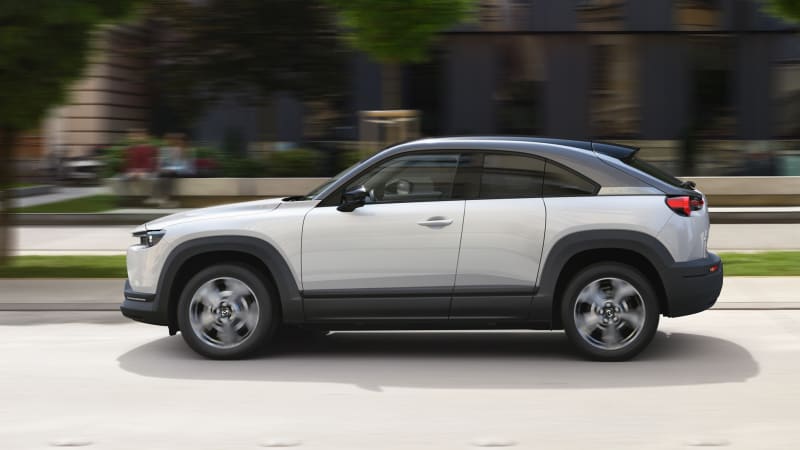 Mazda teased out the possible return of the rotary engine as a range extender in the MX-30 earlier this year, but now the rotary’s return appears to be official for Mazda’s new crossover. In a video (below, skip to 7:34, and turn on English subtitles) streamed to Mazda’s official YouTube channel, CEO Akira Marumoto confirmed that Mazda will use a rotary engine in the MX-30.

Just as it was initially teased out, Mazda plans to use the rotary as a range extender on the otherwise all-electric version of the MX-30. Marumoto said that it will begin testing with a small batch of prototypes next year. The goal is to have a production version of the MX-30 with a rotary engine on Japanese roads in 2022.

Unfortunately, Mazda wasn’t super forthcoming about the specifics of this upcoming rotary engine. A news brief over two years ago (where Mazda officially confirmed the rotary was coming back) contained the most detailed information about the engine. Mazda says it’s going to be compact, have a high power output and be a smooth operator. Of course, those are all things we expect out of a rotary engine. Any numbers or specifications for the engine are still unknown.

Mazda hasn’t announced specific plans for this rotary range extender outside of the MX-30 for now. The cute and spunky MX-branded crossover is now on sale in Japan where it’s launching with a mild-hybrid powertrain. An all-electric version of the MX-30 has been on sale in Europe for about a month now, too. There are still no official plans for Mazda to unleash the MX-30 on the American public, and even if it did, there’s no guarantee that we’d get one with a rotary range extender. Mazda could always stick the rotary in a different car, but that’d mean an even longer wait for us to see one here.

Today’s news is certainly worthy of some excitement for rotary enthusiasts, but there are still plenty of questions left unanswered.