It’s getting close to LCI facelift time for the BMW X4. It’s been around for a couple of years now and is ready for its nip and tuck. Not bad timing, either, as the Audi Q5 Sportback just made its worldwide reveal, so the X4 has an all-new competitor from Audi for the first time. The LCI’d BMW X4 won’t be drastically different from the pre-LCI car but, as evidenced by these new spy photos, it should have just enough to keep it fresh. (We don’t own the spy photos but you can see them here)

The car in question actually seems to have been the victim of a bit of a whoopsie. As seen in these spy photos, this particular BMW X4 test mule has a rather sizeable dent in its passenger-side door. Considering that the car in question is a BMW X4 M40i, judging by its exhaust pipes, there may have been a bit of hooliganism involved.

Anyways, on to the visual changes. The X4 test mule in these photos has some camouflage on its face and its rump, covering up most of the changes, However, there are a few we can make out through its black and white swirls. For instance, its headlights are slimmer and a bit wider, also getting new light elements inside the housings themselves. These new lights look better, as the current pre-LCI X4’s lamps are a bit bulbous looking. These new ones are sleeker.

Additionally, the BMW X4 LCI will get larger grilles than before. They’re practically tiny compared to the new 4 Series and X7 but they’re certainly larger than before. Thankfully, it seems as if the hood shut line actually follows the contour of the headlights and grilles, which gives the entire front end a more cohesive look, rather than having it completely separate (I’m looking a you, 4 Series).

These photos don’t show off a whole lot of the back end of the car but there doesn’t seem to be a ton of changes. The taillights seem similar, as do the exhausts. Though, that’s not so bad as the X4’s back end is alright looking as it is. 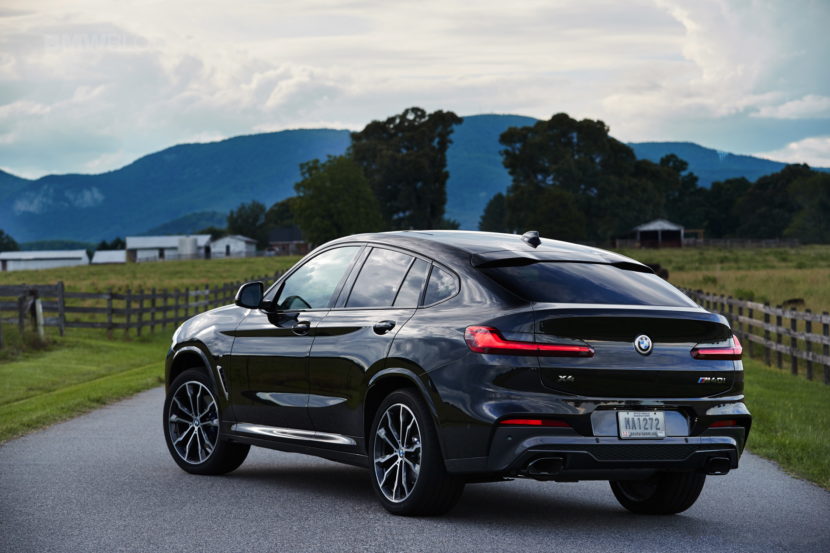 We also expect some changes to the interior. For instance, the instruments are likely to go digital, with BMW’s new Live Cockpit Professional, and the iDrive system will be upgraded to the latest version. Aside from that, it should be relatively similar.