Well, it’s actually really quite simple but also quite brilliant. In a nutshell, it has to do with using mass to dampen out small-frequency vibrations from the road.

There are two types of bumps that suspension engineers have to dampen; low frequency and high frequency. The former are big bumps that take up a lot of suspension travel. Air suspension is extremely effective at damping these bumps out, especially with systems that scan the road ahead and prepare the suspension ahead of time, like Rolls-Royces “Flagbearer” system.

However, high frequency bumps are a bit trickier. They’re the little bumps, that don’t really engage the air shocks much but send high-frequency vibrations through the wheels, tires and suspension components. Rolls-Royce learned that its air suspension was already excellent at removing low-frequency, larger bumps from its ride but the lower-frequency stuff was much more difficult. So it came up with a rather elegant solution.

This is an elegant and beautifully simple way of improving the ride, as the additional damper unit works in two ways. Firstly, just its mass alone aids in smothering small vibrations. Mass is different than weight, as it has to do with how much of an object there physically is, not how much it weighs, while weight has to do with how an object interacts with gravity.

For example, your mass is the same whether you’re on Earth or the moon, while your weight will will be different, due to the difference in gravity. Admittedly, learning about the differences between the two caused my eyes to twitch and smoke to billow from my ears, so bear with me. But, in a nutshell, the more mass an object has, the less resistant it is to force. So adding mass to the suspension reduces the amount of vibration from the road felt in the cabin. 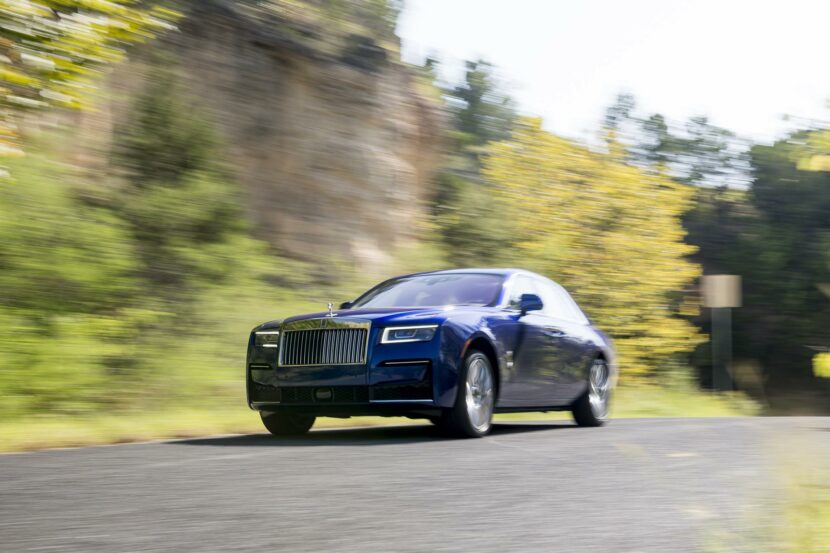 In addition to its mass, the Planar damper unit has its aforementioned bump stops, which further absorb all of the tiny vibrations that come through the existing upper wishbone.

So rather than coming up with some super high-tech, overly complicated new feature to make the Ghost ride better, Rolls simply used physics to develop a very simple, relatively inexpensive means of removing the tiny vibrations that annoy passengers. In other words, to paraphrase one of my favorite movies, Rolls-Royce scienced the hell out of it.