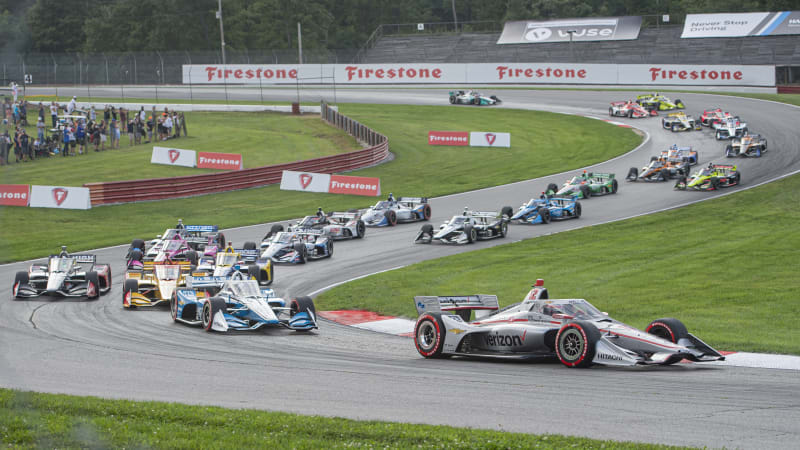 INDIANAPOLIS — The IndyCar Series will continue running the same engines each of the next two seasons. It also will be working with the same two engine manufacturers, Chevrolet and Honda, into the foreseeable future.

IndyCar President Jay Frye announced Saturday the three parties agreed to delay the introduction of a new engine until 2023 because of the COVID-19 pandemic. They also reached a multiyear contract extension, which fits neatly into the series’ five-year plan that runs through 2028.

“It’s been a huge challenge,” Frye said, referring to keeping this season on track. “So it’s great that there’s some clarity now — clarity with the schedule, clarity with this deal.”

The new 2.4-liter, twin-turbocharged V6 engine with hybrid technology was expected to be ready next season.

A newly designed powertrain system that gives drivers the ability to start their own cars, rather than needing the traditional handheld starters, also was part of the package. Series officials believe it will help limit the exposure of injury to safety team members.

But when businesses shut down in March, it became clear the engines wouldn’t be ready to compete in 2021. So the series will use the smaller, less powerful engines in the current cars as development continues on the hybrid engines.

“I don’t know how exactly we’re going to do it but we’re going to find a way to do it,” Honda Performance Development President Ted Klaus said. “The formula we’re talking about is relevant to the times. We need to build a bridge to the future.”

What exactly the future looks like isn’t entirely unclear.

Frye believes more IndyCar teams could be on the track next season and one owner, Michael Shank, already has announced his team has secured additional funding to expand his sports car team as well as his IndyCar team, which is wrapping up its first full-time season.

Klaus, meanwhile, insisted the new deal reflects Honda’s long-term commitment to motorsports though the announcement came one day after Honda said it was pulling out of Formula One. Honda also has said it has no immediate interest in NASCAR.

“Yesterday is a matter of us harvesting the investment we made in F1, and today you heard me echoing motorsports is in our blood,” Klaus said. “You’re going to see Honda continue to compete in motorsports around the world and I think it’s a little bit of serendipity that those tow announcements came so close together.”

Honda has competed in IndyCars each of the past 27 seasons, sometimes as the series’ sole engine provider. Chevrolet rejoined the series eight years ago, bringing back the manufacturer’s title chase older IndyCar fans desperately wanted.

“I think it’s absolutely needed and think it would be fabulous,” Reuss said. “I think it would make it (the series) better and another manufacturer would help the series to keep growing. We’re in it to win, but we’re also in it to make sure the series is very sustaining for the future.”

On Thursday, it released the 2021 schedule, which includes a second race date on Indianapolis Motor Speedway’s road course and a second consecutive NASCAR-IndyCar doubleheader weekend.

On Friday and Saturday, thousands of fans returned to the grandstands for the Harvest GP doubleheader along with a series of sports car races. An eight-hour endurance race also is scheduled for Sunday.

The title chase also is heating up as two-time series champ Josef Newgarden attempts to defend his 2019 crown. He had trimmed Scott Dixon’s once seemingly insurmountable 120-point lead to 40 points by winning Friday’s race from the front row. Newgarden could get even closer if he finishes ahead of Dixon on Saturday, setting up a shootout for the title at the Oct. 25 season finale in St. Petersburg.

And now they have both primary engine manufacturers signed to long-term contracts.

“The fact we’re committed to reinvesting in this series for years to come should say everything about what we think about it,” Reuss said. “It’s a series that features some of the best racing in the world and some of the most talented international drivers.”