This is going to be the toughest comparison test for the BMW 4 Series Convertible, both in terms of styling and driving. Once you cut the roof off of a car, expectations change. Regardless of how sporty car is, the lack of a roof immediately reduces the need for said sportiness dramatically. Suddenly, the car becomes more about comfort, fun and style. Which are areas the Mercedes-Benz C-Class Cabriolet shines.

Obviously, we haven’t driven the new 4 Series Convertible yet, nor have we driven the C-Class Cabrio. So we’re not going to comment on how they drive but that still leaves one of those very important aforementioned attributes to compare — style. 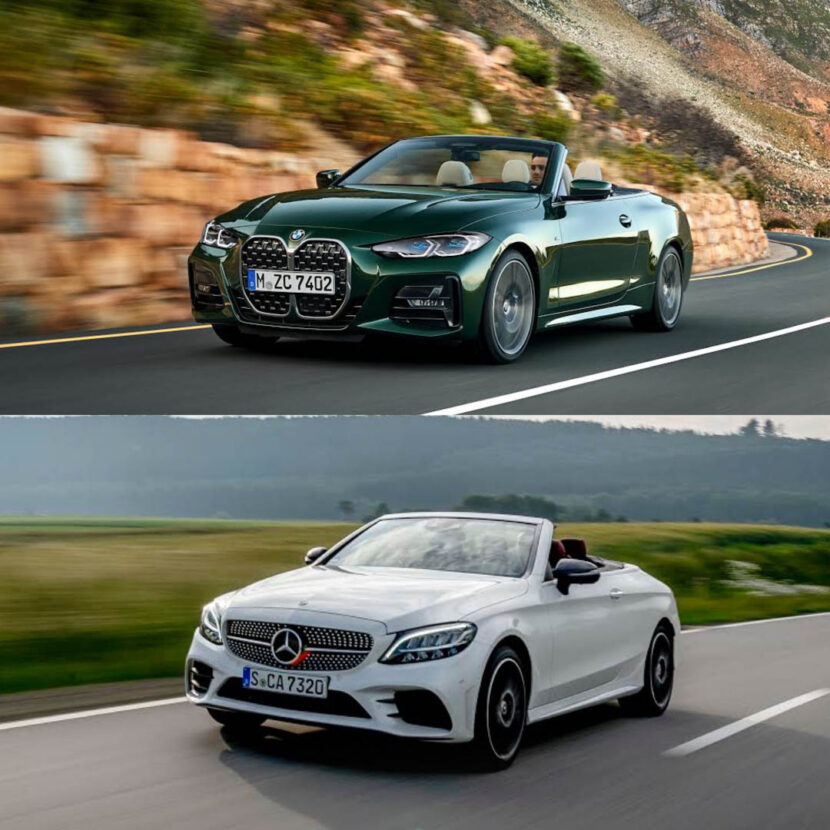 Up front, there’s really not much to debate — the C-Class is the more handsome looking car. It wears prettier headlights and a far more appropriately sized grille. While the 4 Series is much more in-your-face, with its massive grille and angry headlights. We’ve discussed the grille ad nauseam and we all know that it’s not the prettiest of mugs. The C-Class oozes class and sophistication while the 4 Series wants to bite your face off (possible so it can wear it to cover its own, Hannibal Lecter-style). So the Benz wins up front.

In profile, I think these two cars are actually extremely close. I like how both of them have similar roof lines with their convertible tops up. That rounded roof gives them both a more elegant, more premium look, rather than having them try and copy the roof design of their coupe counterparts. The latter usually ends up looking sloppy. Both cars also look really good from the side with their roofs down, with the Bimmer being sportier and the C-Class being prettier. I think this one’s a draw. 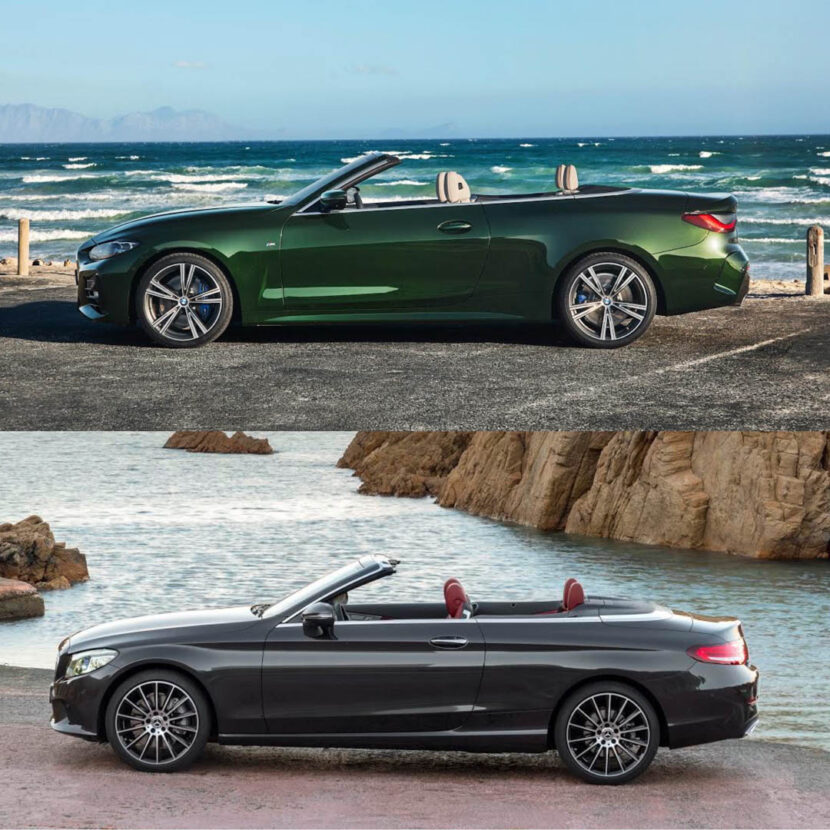 Out back, I’m gonna have to give the nod to the C-Class Cabrio. I actually like the look of the 4 Series Convertible from behind and from the rear three-quarters angle. However, from those same angles, I love the C-Class. I’ve gone on record before saying that I don’t like the look of Mercedes’ sedan rear ends but that their coupes are gorgeous from behind. Well, second that for cabrios, because the C-Class Cabrio has a great butt. It’s sleek, has good muscularity and a nice little built-in spoiler. I’m no design expert but I get a nautical vibe from it all. 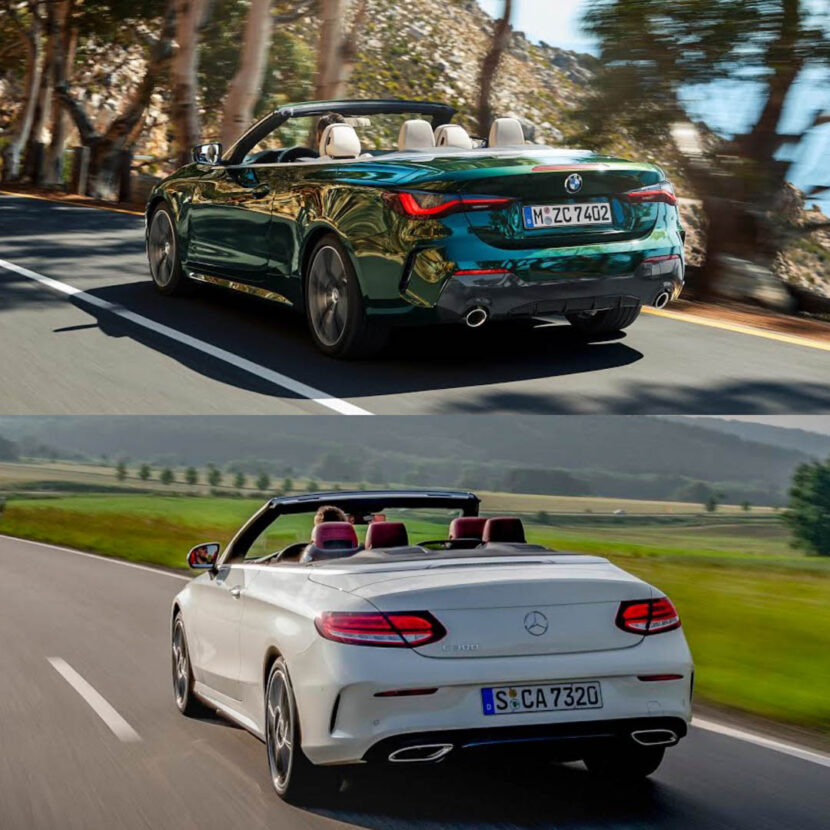 Inside, the C-Class Cabrio wins again. Honestly, no one can touch Mercedes’ interior styling at the moment, as all of its cars are just lovely inside. The 4 Series Convertible is nice on the inside, it really is, but it’s a bit too safe, a bit too boring. Sure, many have claimed that modern Bimmers have superior interior build quality and that’s largely true from my experience. However, convertibles are all about style and the C-Class Cabrio has more style inside than the 4 Series Convertible. 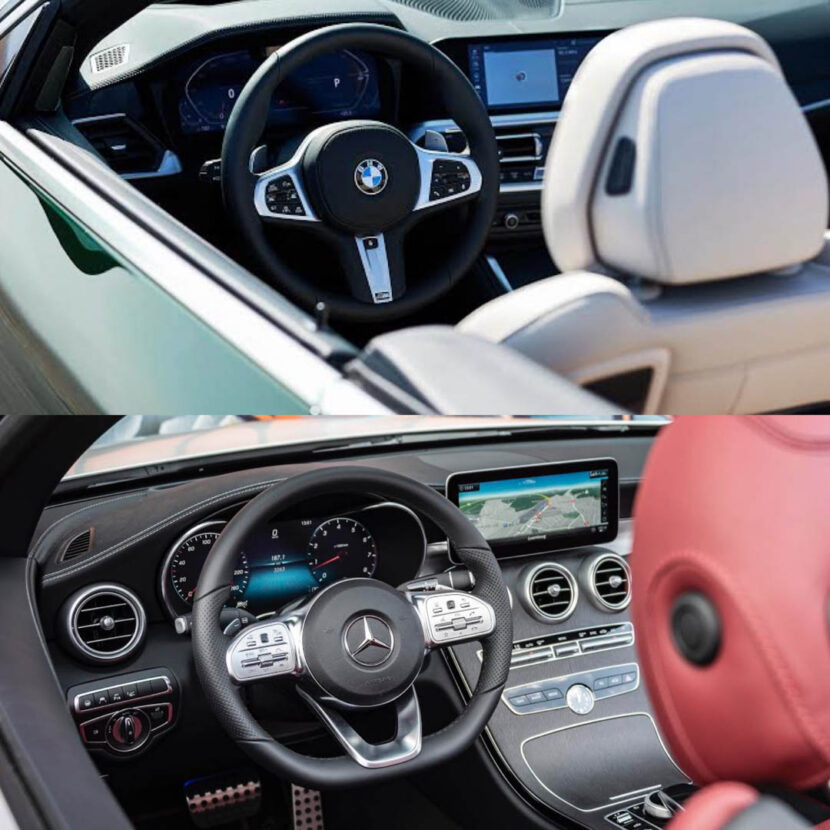 To be honest, I like the 4 Series Convertible more than I thought I would. For some reason, it looks a bit better to my eye than the Coupe. Maybe it’s just the killer shade of green. However, the C-Class Cabrio is a gorgeous convertible that oozes style and sophistication. The Bimmer isn’t too far behind but it is, in fact, behind. 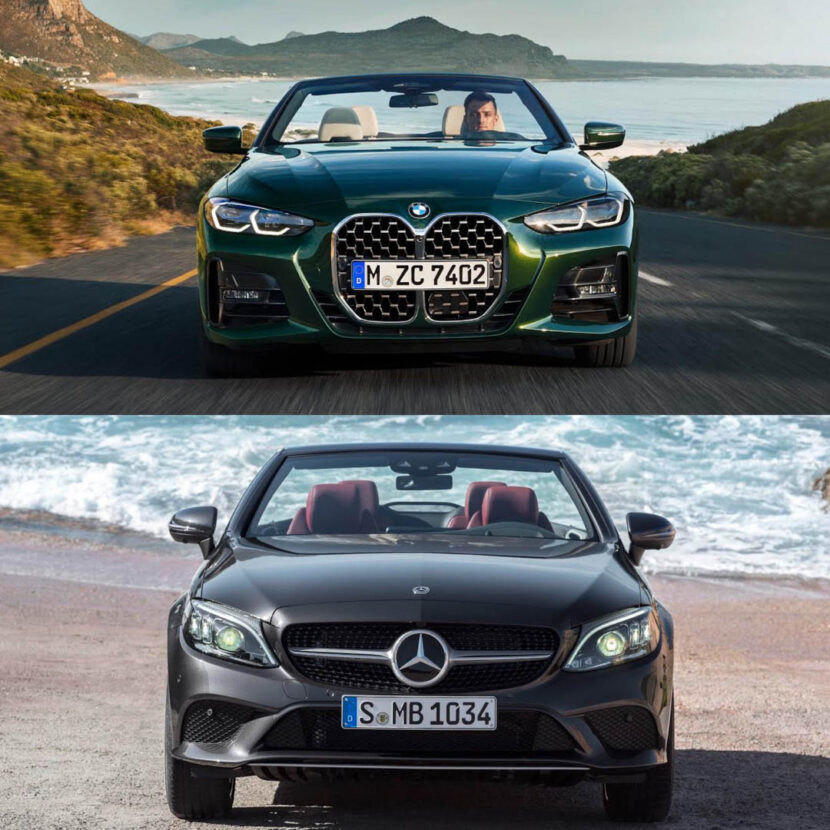 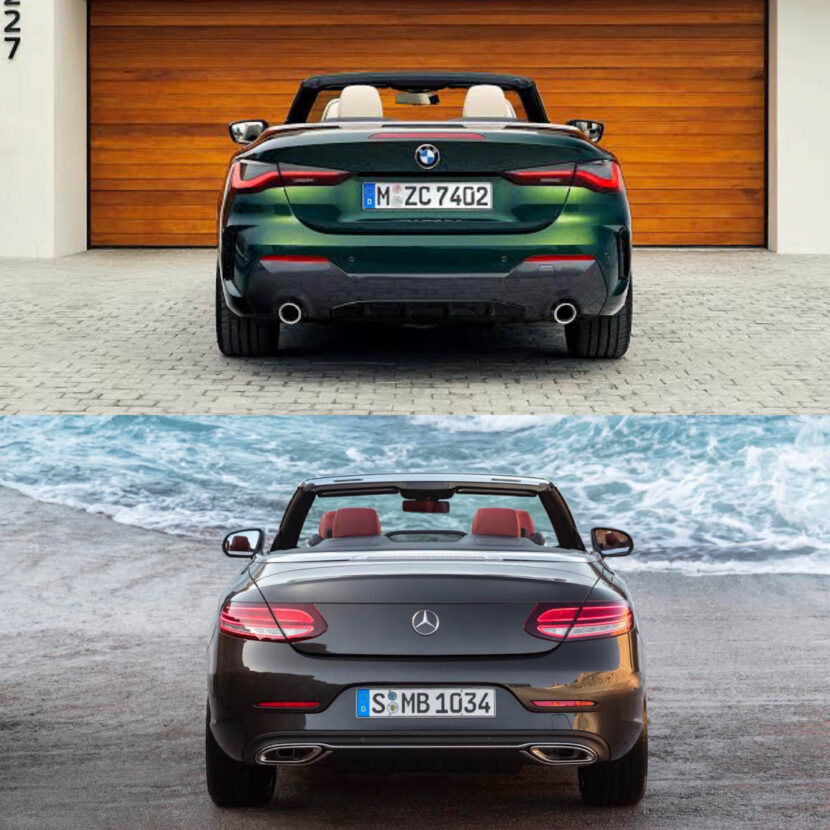 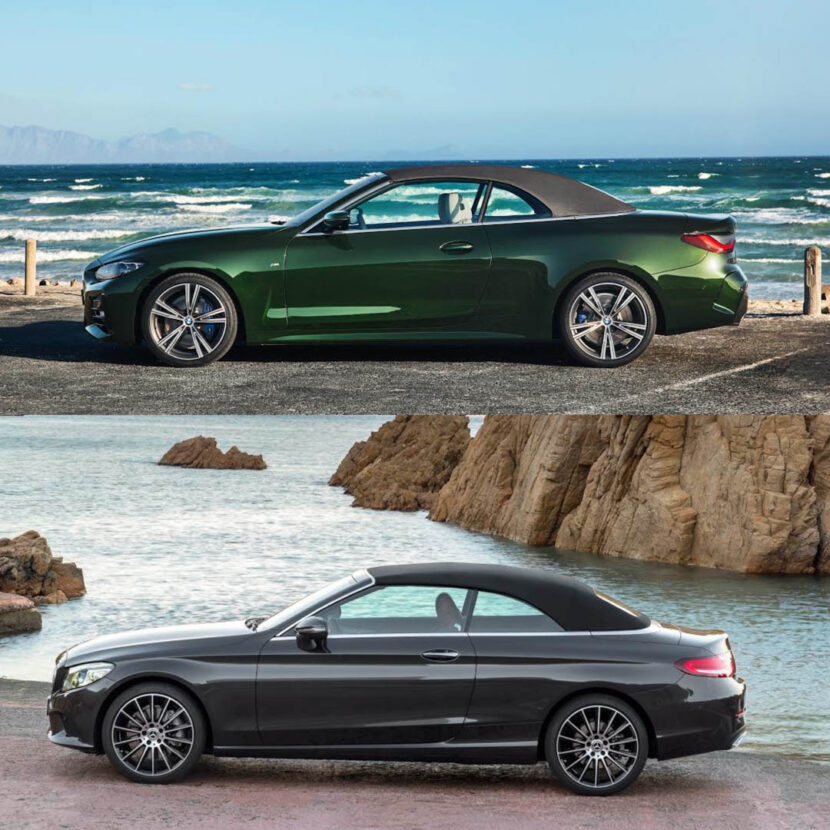